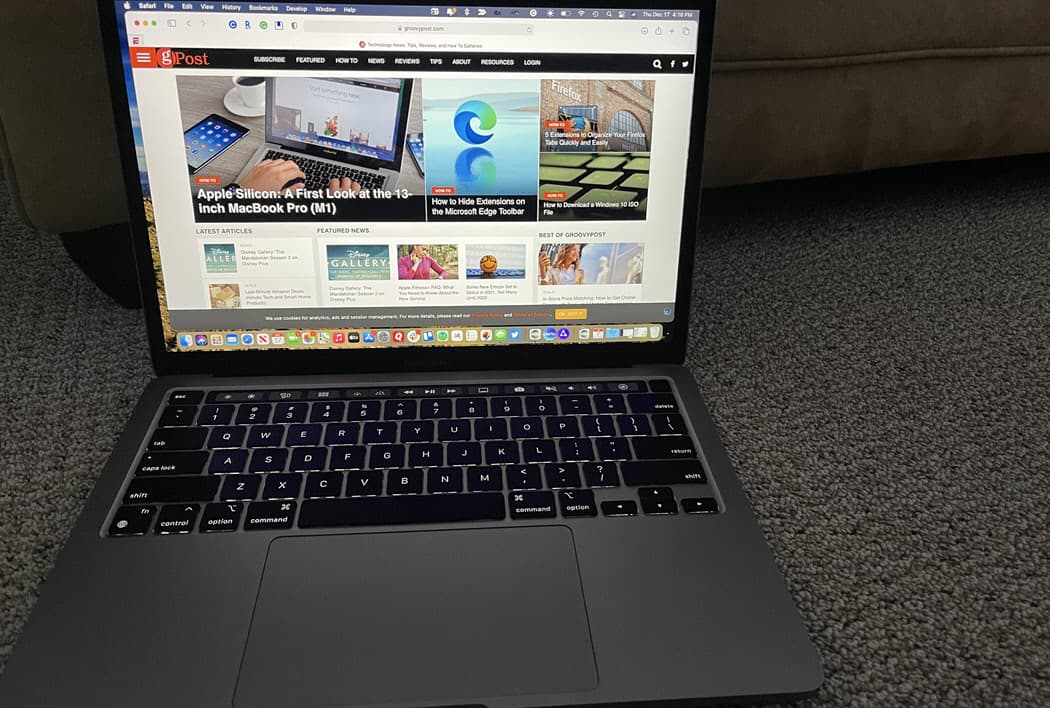 In general, the Apple M1 has performed as promised, offering a much more responsive experience. Here’s what you need to know.

In June, Apple announced it would begin transitioning its Mac lineup from Intel-based processors to in-house chips. In November, the first Macs to ditch Intel for Apple silicon were announced and released. For the past month, I’ve been heavily using my new 13-inch MacBook Pro. Along with the MacBook Air and Mac mini, these are the first Macs to use an Apple-designed System on a Chip (SoC). Here’s my early take on Apple’s transition.

The Macs revealed in November feature an Apple M1 SoC, which integrates several components, including the CPU, GPU, RAM, Neural Engine, and more. With these components now using a unified memory architecture, all of the technologies in the SoC can access the same data without copying it between multiple pools of memory. Thanks to this, there are immediate performance and power efficiency improvements.

Apple 2020 MacBook Pro M1 Chip (13-inch, 8GB RAM, 256GB SSD Storage) - Space Gray
Apple-designed M1 chip for a giant leap in CPU, GPU, and machine learning performance; Get more done with up to 20 hours of battery life, the longest ever in a Mac

Amazon.com Price updated on 2023-02-04 - We may earn a commission for purchases using our links: more info

The Apple M1 features 16 billion transistors, which is more than Apple ever put on a chip. It’s also the first personal computer chip manufactured through a 5-nanometer process by Taiwan Semiconductor Manufacturing Company (TSMC).

Apple promises up to 3.9x faster video processing and 7.1x faster image processing. The 8-core CPU in the M1 offers 3.5x faster performance. Four of these have been designed to run a single task as efficiently as possible while maximizing performance. The other four are efficiency cores that handle lighter workloads with a tenth of the power than previously Intel-based machines.

With improved performance and power efficiency improvements, the M1 offers fantastic battery life on the M1-based MacBook Air and 13.-inch MacBook Pro. You can expect up to 15 hours between charges when doing wireless web browsing and up to 18 hours during video playback for the former. On the latter, those numbers jump up to 17 hours and 20 hours, respectively.

Perhaps better still, both laptop models feature thermal efficiency that actively cools the blazing-fast performance. The MacBook Air is so efficient, and there’s no fan!

Apple silicon M1 uses an Arm-based architecture similar to the A-series chip that has long been found on iPhones and iPad. Intel chips, by contrast, are built on x86 architecture. This change means that developers can now create one app that will work across iOS, iPadOS, and macOS. However, because Intel-based Macs aren’t going anywhere anytime soon, it will be a while before most developers elect to make their products truly universal. In the meantime, Intel-based apps will still run on Apple M1 machines, thanks to Rosetta 2.  In 2006, Apple introduced the first version of Rosetta when Apple moved Macs to Intel from PowerPC.

As apps go universal, you can expect improved performance and, again, the ability to seemly install the same app across all of your Apple devices. To see which apps are universal, Apple M1 device owners can go into the System Report window by selecting the Apple icon at the top left, then choosing About This Mac from the pull-down menu. From there, click on System Report, then look under Software > Applications.

A new website called “Is Apple silicon ready?” is now online. It’s billed as a “complete guide for macOS apps optimized for M1 Apple silicon MacBook.” From there, you can see which apps are current universal and which ones are not.

At the time of this writing, there are two reasons some might want to wait before buying an Apple M1 device. First is the lack of Windows support. Currently, there is no Boot Camp for M1 Macs, and virtualization programs like Parallels don’t yet support the new technology. I’d argue that not having Windows support isn’t going to be a dealbreaker for most Mac users. However, if Windows is an important part of your work process, you’ll want to hold off and stick with an Intel-based machine.

If you need a larger display, you’ll have to wait. The 16-inch MacBook Pro hasn’t been updated with the new SoC. Additionally, if you need more than 2TB of storage, you’ll also need to wait. The Apple M1 MacBook Air and MacBook Pro aren’t available with more internal storage. 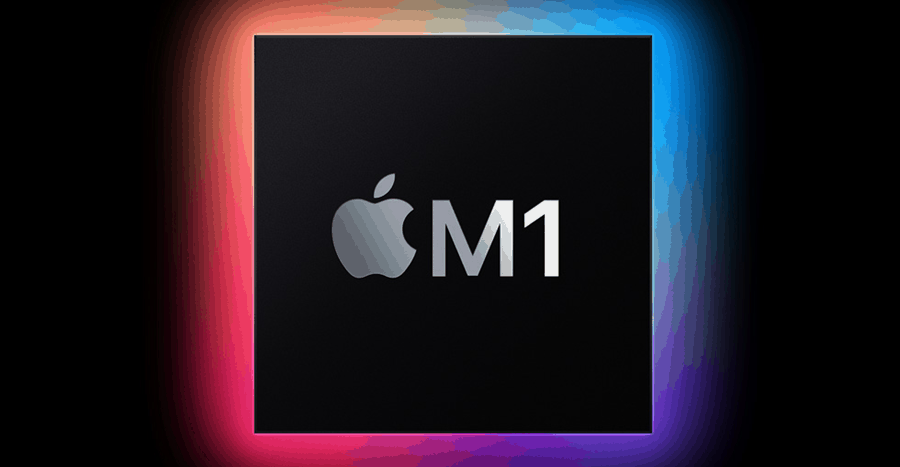 Next year, Cupertino’s expected to announce the first Apple silicon-based 16-inch MacBook Pro alongside the first iMac using the new architecture. Eventually, we’re also likely to see a Mac Pro that uses Apple silicon. Within two years, Apple has said it will no longer offer new Intel-based Macs, although it will offer support for existing models for many years to come.

In the Real World

My first Apple M1 device is also the least expensive MacBook Pro currently available. For $1,300, I purchased the 13-inch MacBook Pro that comes with an 8-core CPU with 4 performance cores and 4 efficiency cores, an 8-core GPU, and a 16-core Neural Engine with 8GB unified memory and 256GB of storage.

Since I store most of my files on iCloud, I wasn’t concerned with the tiny amount of storage. However, I was a little bit worried about the 8GB of unified memory. I shouldn’t have been.

On the surface, 8GB doesn’t sound like enough memory for everyday work. And yet, it truly is thanks to the new architecture, which adds efficiency and performance by design. If your day consists mostly of surfing the web, video-watching, word processing, and spreadsheet work, you shouldn’t have any problems with 8GB of unified memory. If you’re more into photo-editing or video work, however, I would suggest bumping that number up to 16GB.

In general, the Apple M1 has performed as promised, offering a much more responsive experience. Video apps are quicker, games are richer and more detailed, and image processing through the Photos app has never been better.

If you’re in the market for a new computer and don’t need a 16-inch screen or Windows, I would strongly recommend going with one of the new Apple M1 devices. Cutting-edge, yet familiar, these computers are fun to use and worth the price.