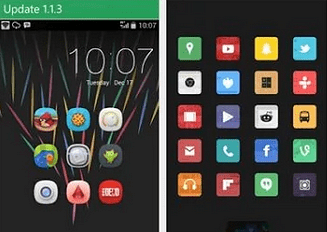 If you’re an Android user, customization is one of the things you enjoy about Google’s mobile operating system. Beautiful Icon Styler comes to confirm that.

If you’re an Android user, customization possibilities are probably one of the things you enjoy so much about Google’s mobile operating system. Beautiful Icon Styler only comes to confirm that.

This cool app allows you to quickly change the icons on your Android device, but the cool part is that it doesn’t require root or any other complicated procedure to do it. It’s as simple as a few taps. Here’s how it works.

Even the free version, which allows you to try three stylings, is enough to modify your icons a lot.

Start by installing the app from the Google Play Store, here.

After the installation is finished, run it. Things will be quickly set up and then you will be announced that you have no icon packs installed.

Before we go ahead and get some, know that Beautiful Icon Styler works best with a number of home apps, as follows:

If you’re using something different, it might work, too, but these are the ones which are officially supported. I’ve personally tried it on my Nexus 7 running the Google Now Launcher and everything worked without a hitch.

Coming back to the icon part, tap Get Free Icons (or Premium) to be sent to a list of supported packs. The free version gives you a “theme” of sorts and the icon pack changes everything at once. Changing icons individually is only for users of the paid version. 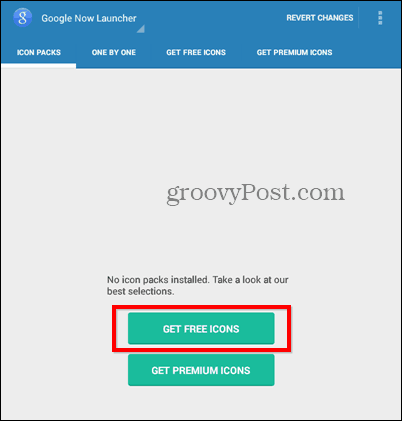 Once you’ve found something you think is interesting, go ahead and tap the Get It button under it. You’ll be sent to the Google Play Store and, after downloading and installing the pack you want, come back to Beautiful Icon Styler. 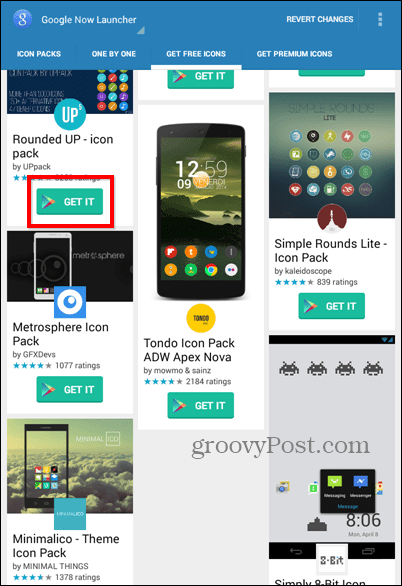 Go to the Icon Packs tab and Apply the one you want to use. 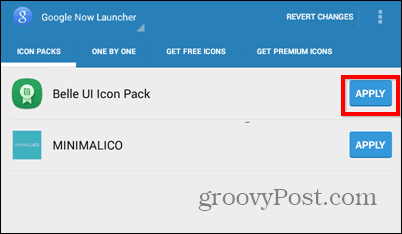 The icon pack will be applied in a few seconds and you can enjoy the difference. To give you an idea on what it can do, take a look at the screenshot below.

Now, before you go and try all the styles you can find, remember that you can only change icons three times with the trial version. After that, you have to pay $0.99 (via in-app purchase) or refer two friends to keep using it.

Beautiful Icon Styler is a simple, no-frills way of customizing your device’s icons and it’s easy to use, too.

After using it for a while, leave a comment below and tell us what some of your favorite icon packs are. Maybe you find some that work better on an Android phone, or others that look cool on a tablet.