The Amazon Kindle has epic battery life, with the E Ink models lasting for weeks without recharging. But could you get more battery life by completely powering it down? Maybe.

The Amazon Kindle (excluding the Kindle Fire) and other E-Ink readers are often touted for their epic battery life. The new Kindle Paperwhite is being advertised with eight-week battery life on standby. How do they achieve this? Part of the secret is in how the E-Ink display works. Unlike LCD screens, which go blank when de-energized, an E-Ink screen doesn’t need electricity to display an image continuously. It only uses power to create the image on the screen. E-Ink screens consist of millions of tiny microcapsules filled with pigmented chips. When an electrical charge is applied to a microcapsule, certain pigmented chips rise to the surface, making them visible. After the image is configured, it’s more or less permanent until it is “erased” by more electrical charges (sort of like a Magna Doodle.) This is why an Amazon Kindle with Special Offers can display an ad on the screen when it is in sleep mode while consuming little to no battery life.

With that being said, the Kindle can be turned completely off when you are not using it. But should you? Amazon Kindle customer service claims that it’s not necessary to power down the Kindle to maximize the battery life. But some Kindle owners disagree. Read on for the details of the debate. 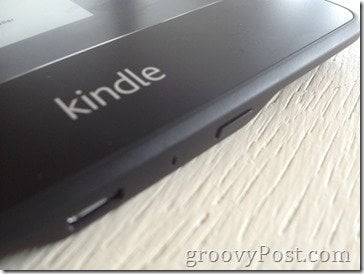 The Power Button on the Kindle Paperwhite

The Kindle power button/switch has a few different functions. Though the location of the button is different across the various models, the functions are largely the same:

In sleep or standby mode, the Kindle uses a tiny amount, if any, of battery power. Amazon claims that battery life is “equally long,” whether in sleep mode or turned off. Theories exist that both support and counter this assertion. 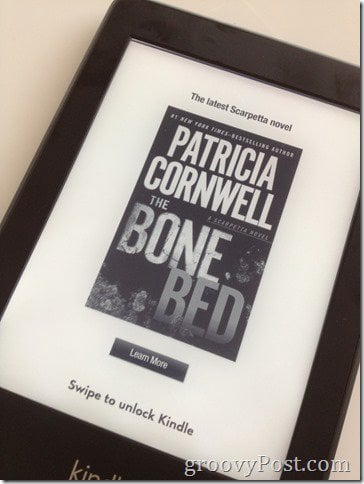 The biggest concern is with the WiFi/3G connectivity.  Some Kindle owners have claimed that their router still shows an active WiFi connection when the device is in sleep mode. However, in my tests, the Kindle promptly disappears from the wireless clients from my Airport Utility after putting it in sleep mode. 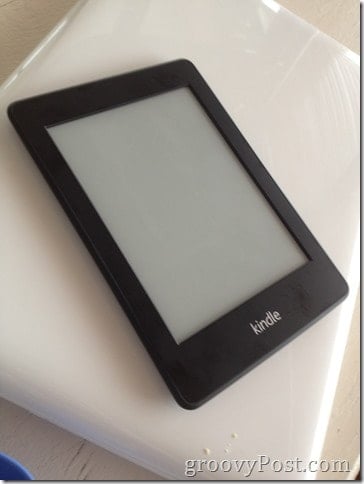 There is also some question whether the Kindle periodically checks for updates or new books while in sleep mode. According to an Amazon Customer Service forum post from 2009:

Kindle’s wireless signal uses low power while in sleep mode so that your subscriptions can download overnight. If you are in a low coverage area, this could cause the device to use more battery power as it continually tries to maintain a signal. Unless you are subscribed to periodicals that you want to receive overnight, we recommend turning wireless off (Press the Menu button and select “Turn Wireless Off” of the menu options) before leaving the device in sleep mode. This will further conserve battery power.

Kindles may have been redesigned to avoid this battery drain issue, but if in doubt, you can always turn off wireless when you are not downloading content. In theory, this should guarantee that your Kindle uses the same amount of power in sleep mode as it does when it is powered off (i.e., none.) You can turn off wireless by activating Airplane Mode in the Settings Menu. 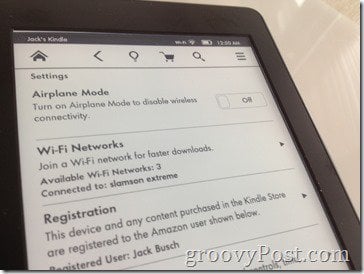 Those in the pro-sleep, anti-power off camp also claim that it’s not only unnecessary to power down the Kindle, but it’s disadvantageous. Shutting down and starting up the Kindle likely requires more power than just resuming from the sleep state. Furthermore, powering down the Kindle with a long-press of the power button is akin to a hard shutdown (e.g., pulling the plug on your computer) and can risk corruption or loss of data (e.g., notes, settings, last page read, etc.) Personally, I’m not sold on the risks of powering down—I think that the Kindle shutdown command is smarter than that and probably won’t cause damage unless your Kindle is locked up for another reason and requires a hard restart (20-second power button press.)