An IPS display is just one type of LCD. Here’s more about the monitor technology and who would benefit from using it the most.

When it comes time to purchase a new monitor for your computer, things can get very confusing. Besides screen size, you need to decide which type of panel is best for your needs. There are three main types of panels part of the LCD panel technology family, including IPS, TN, and VA. An IPS display has various features that make it a great choice for many. Here’s more about IPS displays and why you should consider buying one.

The technology behind display panels affects what the monitor can do, with each type having its own set of benefits and drawbacks. Ultimately, performance is heavily influenced by the type of LCD panel as it can affect response time, view angle, coloring, contrast radio, and black levels. 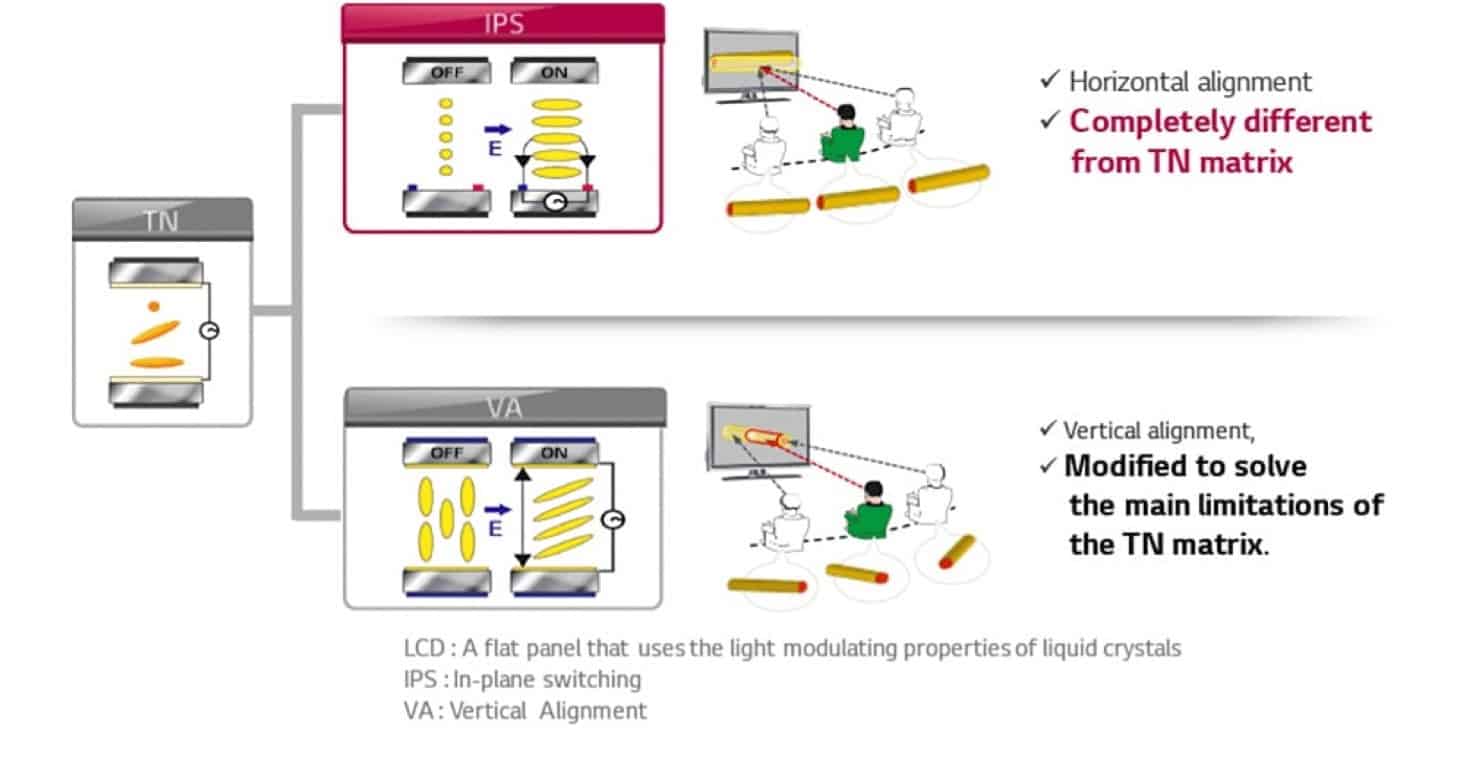 Short for “in-plane switching, IPS displays use liquid crystals arranged in rows between two glass surfaces to produce rich colors. In addition, the liquid crystal’s ability to shift horizontally allows for impressive viewing angles where the colors don’t change. Because of this, IPS displays are suited for those seeking color accuracy and consistency with super-wide viewing angles.

Historically, Hitachi and LG have been at the forefront of IPS display technology development. However, in recent years Samsung has also played an important role. The latter’s Super Plane to Line Switching (PLS) technology (announced in 2010) is sometimes described as an alternative technology. However, in general terms, it’s simply another “IPS-type” panel.

Note: Only LG can officially use the IPS name, and it’s why other vendors use “IPS-type” to describe their products.

Today, IPS display technology is largely associated with LG and Samsung. However, other companies, including AU Optronics, Acer, Japan Display Inc., Sony Professional Display, and others, are in the game.

On the reverse are a few disadvantages to consider. IPS display technology is ultimately more expensive to produce than TN and vertical alignment (VA) panels. It also requires more power. Response time is also ever-so-slightly longer than TN panels. However, there has been much improvement on this final point,  so much so that there are now IPS monitors for gamers — especially those who value image quality over response time.

Additionally, IPS panels are sometimes subject to backlight bleeding, including light leaking around the edges or corners of a display. Luckily, the defect is fixable in some cases.

In recent years, OLED panel technology has caught on across various industries. Short of “organic light-emitting diode,” OLED technology uses positively and negatively charged ions to light up every pixel on a display. The other versions use a blacklight. By contrast, OLED displays offer dark blacks and zero glow. Unfortunately, OLED remains very expensive and isn’t the ideal choice, especially for those looking for a monitor.

Who Should Consider IPS Displays?

Creatives love IPS displays, especially those in the arts and who deal with graphics because of the great image quality associated with the technology. Business folks will also enjoy using these types of monitors. Although IPS displays for gamers now exist, those folks are still probably best served with TN displays. For general usage, you might want to consider VA display monitors, which are the least expensive on the market.

There’s no wrong choice when choosing a monitor, although there are better choices, depending on your needs. Ultimately, the decision might come down to price. If that’s the case, you might want to purchase a TN or VA display. On the other hand, if money is less of a factor and you’re looking for a solution that allows colors to shine, you can’t go wrong by selecting an IPS-type display.