This week’s free App of the Week is the multiplayer iMessage chess game Checkmate!. Normally it’s $0.99, but you can get it free from iTunes until Thursday, August 10th.

This week’s free App of the Week is the multiplayer iMessage chess game Checkmate!. Normally it’s $0.99, but you can get it free from iTunes until Thursday, August 10th.

This app is unlike most of the recent iTunes App of the week. It only works in iMessage on the iPhone and iPad which I initially found a bit odd. Both players need to be running iOS 10 in order to play against each other, however, beyond that, the game is basic chess.  You can change the background color of the board, but that’s about it.

Since this runs in iMessage, you can pick up the game on your mobile devices.  You can’t, however, play it on your desktop.  You can see the board on your desktop to plan your next move. 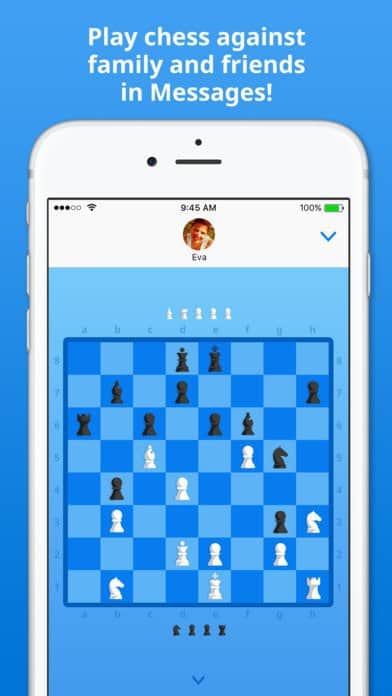 If you’ve never used an iMessage app, you might need some help.  It took me a while to figure it out.

First, you’ll need to pick a person to play with.  They’ll need to be running iOS 10 and download the app.  You’ll see the Applications icon to the left of the iMessage window.  That’s the one with the A on it.

If you don’t have Automatically Add Apps enabled, you’ll have to go to the Store icon with the + on it.  Then go to Manage and toggle Checkmate on! 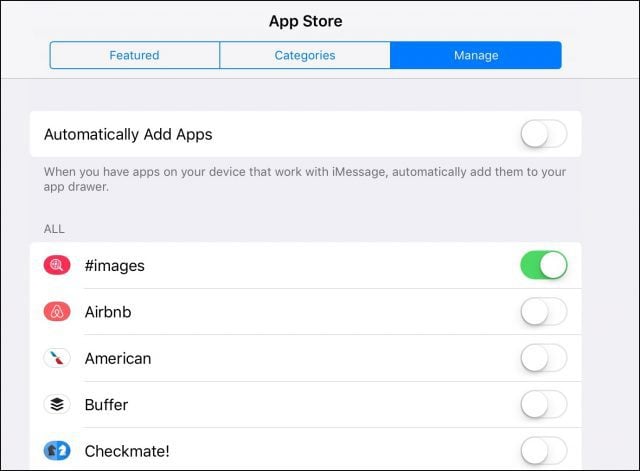 Once it’s enabled, then just tap the app and pick Start Match. Tap where you want your piece to move and then you’ll need to tap the up arrow to send the move to the other player

Obviously, someone who knows how to play chess and uses iMessage in iOS 10.  It doesn’t come with chess instructions, so you’ll need to know how to play and pick a somewhat evenly matched opponent.  I didn’t, and the game went quickly. Fortunately, my friends are willing to tell me how I should play through iMessage.

It’s 55MB, so it shouldn’t take up much space on your iOS device.  I’m not a chess player, so I have no use for the game.  If you’re into chess and have friends using iOS 10 that are into chess, surprise them with an impromptu game.