iOS 6 introduces a cool feature that lets you tweet and post to Facebook from the Lock Screen using Siri. While this adds a layer of convenience, it also introduces a privacy and security problem. You don’t want someone passing by to grab your iDevice and send out random messages.

First I’ll show you how the new Siri feature works in iOS, then how to disable the feature in Passcode Lock Settings.

While at the Lock Screen on your iOS 6 device, hold down the Home button to launch Siri. 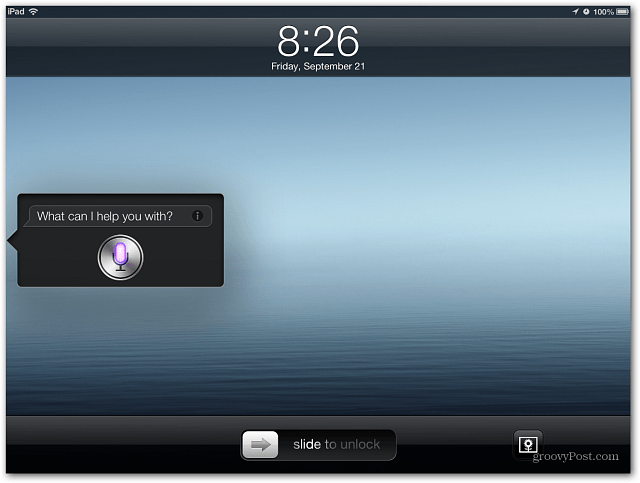 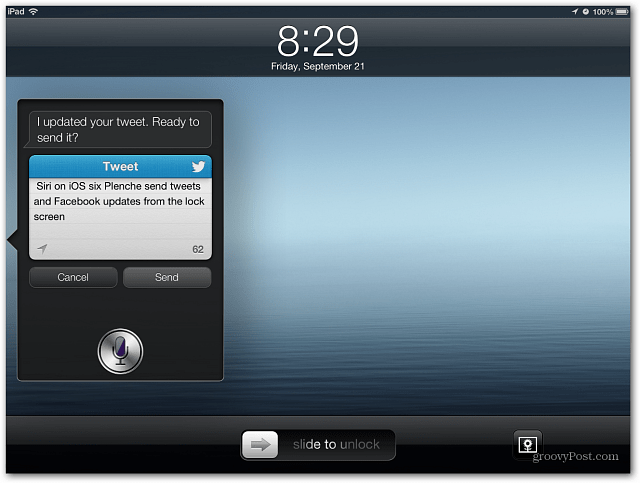 Speak the message you want to send, and Siri will send it off. 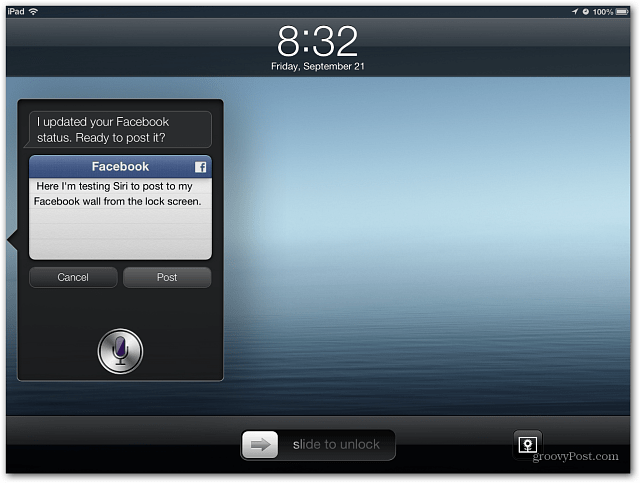 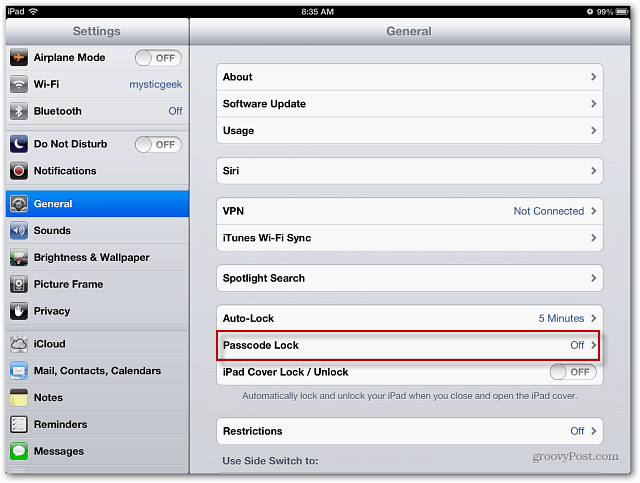 Type in a passcode to unlock the screen, or if you want to be extra secure, create a strong alphanumeric Passcode. 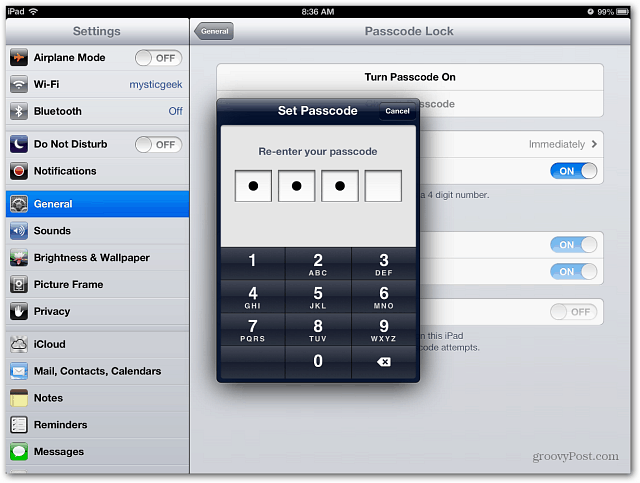 After setting you Passcode, turn Off Siri’s access when the Screen is locked. While you’re at it, you can also disable the Picture Frame feature too. 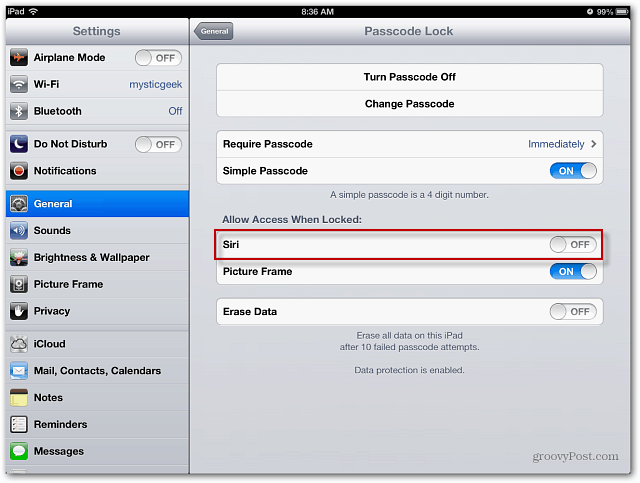 Now Siri will no longer be accessible from the Lock Screen. 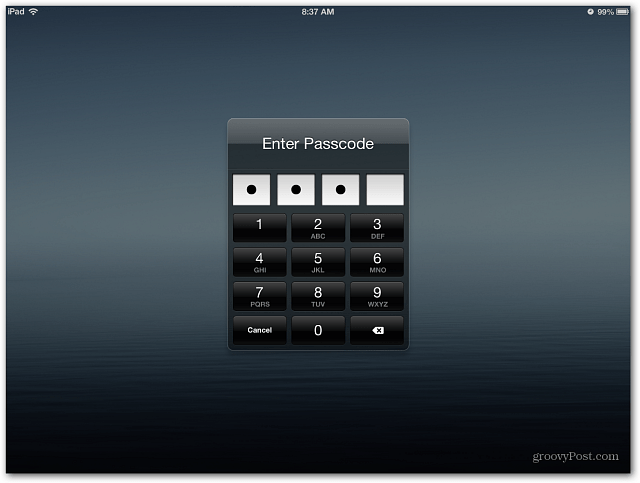 If you don’t disable Siri’s access, tweets and Facebook messages can still be sent. Even if you set a Passcode for the Lock Screen. 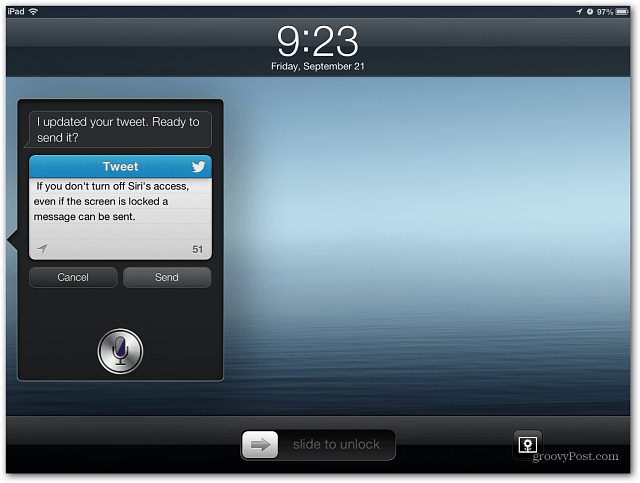 The ability to use Siri to send a Tweet or Facebook post from the Lock Screen is convenient. But if your device is left unattended, it’s very important to turn off its acces.