Netflix, splitting its DVD service into a new subsidiary called Qwikster, isn’t a pleasing development for a lot of Netflix subscribers. So it’s no surprise to see Hulu step up its game right about now. As of last week, Hulu Plus is in the Android Market. 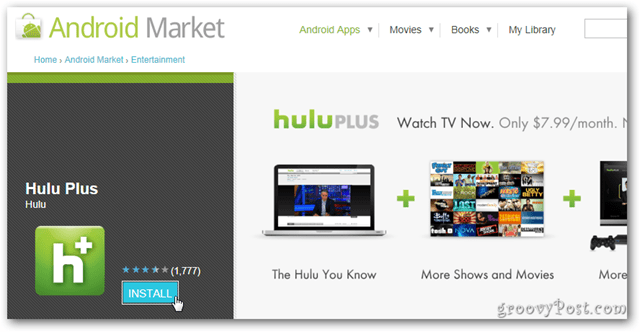 The first thing I noticed when I downloaded this app was that there was hardly any free content. That’s to be expected – it is Hulu Plus, after all. There were just a few free videos to watch, but nothing mind-blowing. 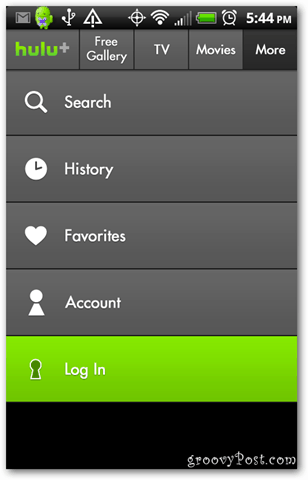 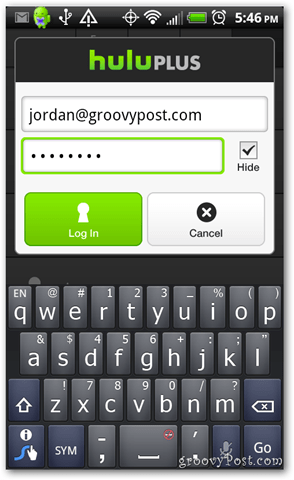 Log in and you’ll see a list of recent uploads to Hulu Plus. Search and sort away. Lots of options available, as you can see below. 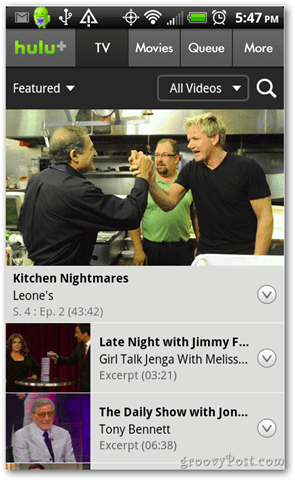 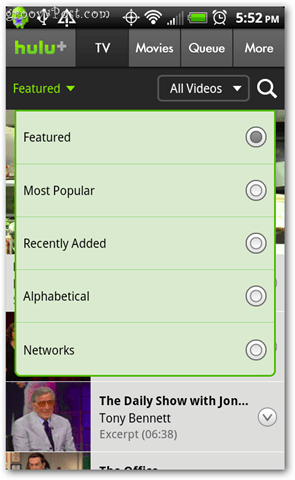 Searching through the TV shows, I found the latest episode of The Office. I tapped on the thumbnail and it loaded quickly. You have to watch that initial ad, though, and then you deal with plenty more ads throughout the show. That’s the nature of Hulu Plus. Love it or leave it. 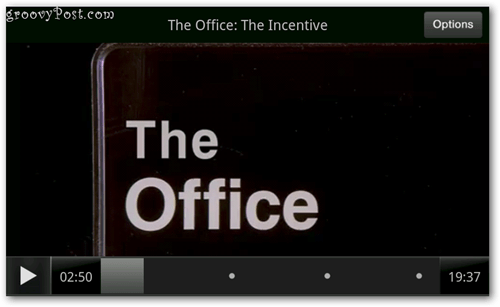 You get a few video playback options to optimize performance. I tried turning off my Wifi to see if the video would still play. Amazingly, it did. Not wonderfully, but it played well once the system fully buffered the video.

If you’re browsing through shows or movies,  tap the down arrow on the far right to bring up another menu to go deeper. Here’s where you get more information, add videos to your queue. All devices capable of running Hulu Plus show that queue, so you can start and stop what you’re watching from a variety of places and platforms. 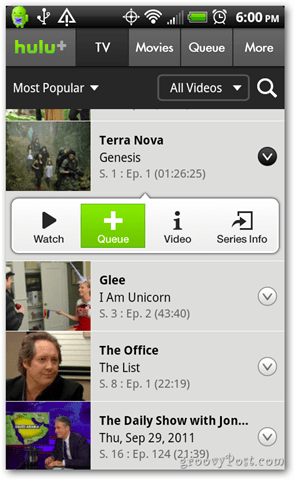 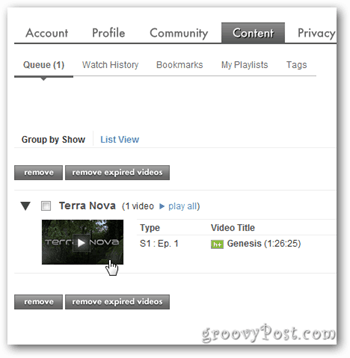 If you start watching a video on your desktop and it stops before it’s finished, opening the Android Hulu Plus app lets you resume it. In theory, anyway. I noticed that video listings off Hulu Plus on the desktop and this Android app didn’t match up. I found that annoying. 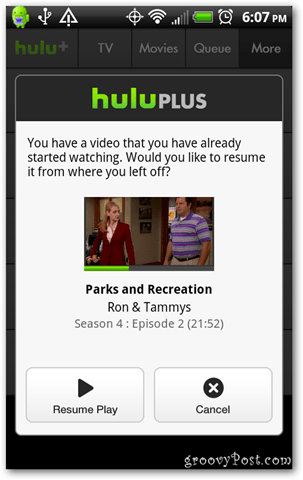 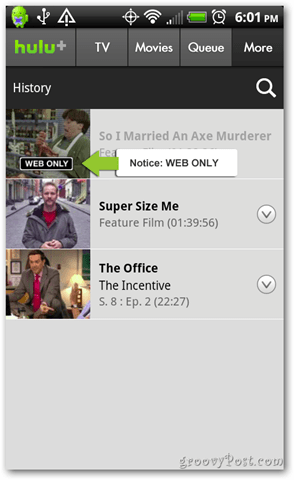 The long-awaited Hulu Plus App for Android arrives just in time to lure angry Netflix users. But to be a contender, the system needs to seriously boost its library of content. So far, it’s not much of a threat to Netflix, content-wise. 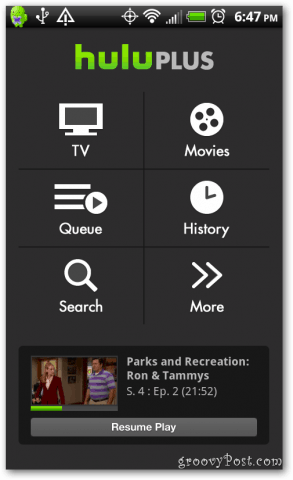 The app does operate well and it looks good. And it’s gathering steam. It’s been just a few days since release, and hundreds of thousands of downloads off the Android Market is impressive.

We’ll keep an eye on Hulu Plus and other video streaming services taking aim at Netflix here at groovyPost. Stay tuned.