The rise of subscription-based entertainment has finally moved to the App Store with the introduction of Apple Arcade. Let’s review how it works and if it’s worth the cost.

The rise of subscription-based entertainment has finally moved to the App Store with the introduction of Apple Arcade. Featuring more than 100 titles (and growing), the monthly service provides a great low-cost alternative to freemium mobile gaming fueled by in-app purchases. Better still, Apple Arcade content is available across multiple platforms with subscriptions easily shareable with family and friends.

Despite some minor concerns, Apple Arcade is perhaps the iPhone maker’s most value-packed product to date and I expect it to grow significantly in the coming months and years. Priced at just $4.99 per month, or $49.99 per year, the video game subscription service costs about as much as one console game per year. For this, you receive a library of exclusive content with new gaming titles added each week. 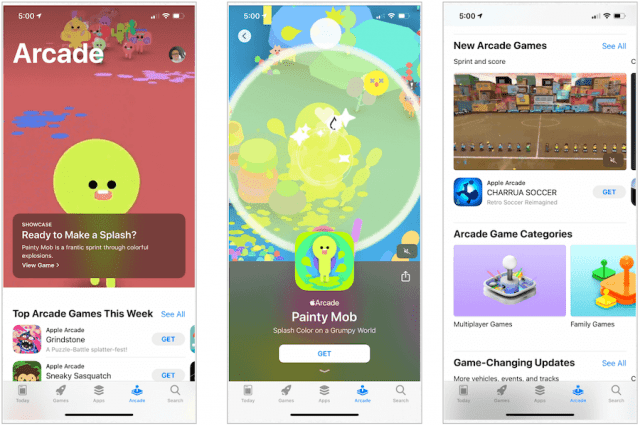 There’s much to like about Apple Arcade starting with its compatibility and flexible use. At the heart, however, is an ever-growing catalog of unique games across various categories.

You need an Apple device and an Apple ID to subscribe to Apple Arcade. The service is available on iOS, iPadOS, macOS, and tvOS, although not every game is playable on all platforms, although most are. With iCloud integration, any advance made on one device is automatically carried over to another.

Despite being a video streaming service, Apple Arcade titles are available to download to play offline. This reason alone is a win-win for parents and children alike, or anyone, especially during trips, long or otherwise. In cases like this, game progress is automatically synced when the devices are again online.

Not surprisingly, Apple Arcade games are playable with your fingers on iPhone and iPad, with a mouse on Mac, and with the Siri Remote on Apple TV. Most games also include controller support, which is available through Bluetooth. For Apple TV users especially, I suggest purchasing a PlayStation DualShock 4 or Xbox One controller to use with Apple Arcade. Otherwise, the gameplay is much more difficult with some titles.

One of the early criticisms of Apple Arcade when it first arrived was the delayed launch of some of its most marketed titles. Those concerns have mostly dissipated, although some announced titles are still missing in action. Of the available titles, most are from small studios that are only now making a mark in the industry, although there are some exceptions. For every LEGO Builder’s Journey, Rayman Mini, and PAC-MAN Party Royale from LEGO, Ubisoft, and BANDAI NAMCO, respectively, for example, there’s Neo Cab, No Way Home, and Secret Oops! from Fellow Traveller, SMG Studio, and MixedBag.

You can find Apple Arcade titles to play or download inside the App Store on iPhone, iPad, and Mac. On Apple TV, there’s a separate Apple Arcade app. One of the most impressive things about the service is that it’s been created for everyone, regardless of age or interests. Categories include games for Beginners, Families, Multiplayer, Platformers, and many more.

Typically, Apple adds at least one new title every Friday. By my count, since the service went live in September 2019, nearly 40 new titles arrived. Apple Arcade subscribers receive an email each week announcing the newest and most popular games to date. 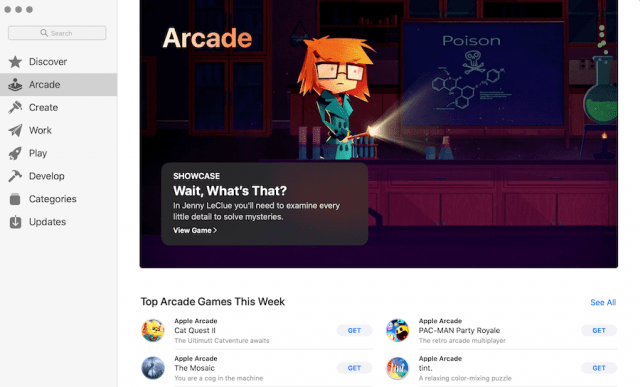 To offer a game through Apple Arcade, a developer much agree not to release it on Android. The title also cannot be part of another subscription service like Xbox Game Pass. Beyond this, the game can show up on PlayStation, Xbox, Switch, or PC.

Six months after it first launched, Apple Arcade remains a work in process. For the most part, however, it’s already a solid product that no doubt continues to improve. Two issues stand out about the service worth addressing.

My biggest concern about Apple Arcade moving forward is whether Apple can continue to deliver. Video games take a long time to develop and many creators will never agree to bypass Android for iOS, let alone offer mobile titles only through a subscription service. With that being said, Apple’s vast resources mean it can offer developers perks other companies cannot and that’s important.

And yet, as I mentioned above, some of the most anticipated Apple Arcade titles are still missing months after the service went live. These include Hironobu Sakaguchi’s Fantasian, Annapurna Interactive’s The Pathless, and Proxi, an AI game from Sim City and Spore creator Will Wright. All three titles have been heavily promoted by Apple and yet they aren’t available.

Whether regular delays often associated with game development or Apple itself has caused these glaring absences isn’t important. However, it does suggest Apple might not have enough games in the Apple Arcade pipeline to release new titles every week.

Will a possible slowdown in releases cause folks to cancel their subscriptions? At just $50 per year for a family of six, perhaps this is doubtful. Let’s hope Apple not only continues to release new titles regularly but also announces updates to current titles. The one-two combination will keep the service fresh and exciting, and convince users not to hit the cancel button.

If you haven’t yet checked out Apple Arcade, I encourage you to do so. You’ll be happy you did.