Amphetamine serves a useful purpose for anyone who doesn’t want their Macs to fall asleep at certain times or under certain conditions.

In early 2021, Apple decided to remove the Amphetamine app from the Mac App Store. At the time, the iPhone maker said the free utility app had violated its store guidelines due to its name and branding. After some back and forth between the company and developer, the issue was quickly resolved, and the app was never pulled from the Mac App Store. 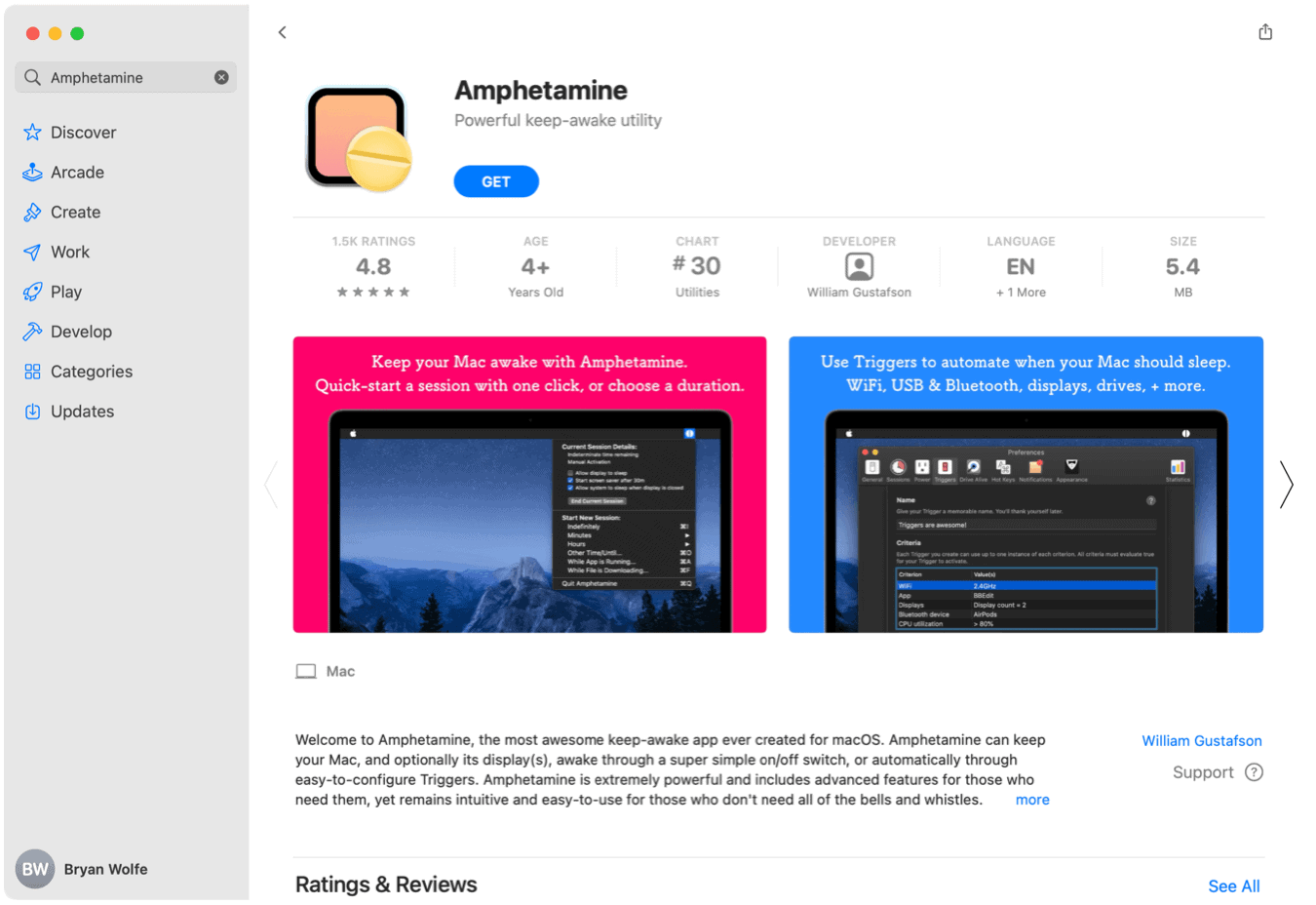 The Amphetamine app launched in 2014 on the Mac App Store. Its primary purpose is to allow users to keep their machines awake for a set amount of time using a series of tools not available through macOS alone. In early January, Amphetamine creator William Gustafso took to GitHub to announce Apple would be pulling the Mac App Store app on January 12, 2021.

According to Gustafson, Apple said Amphetamine breached the following requirement:

Apps that encourage consumption of tobacco and vape products, illegal drugs, or excessive amounts of alcohol are not permitted on the ‌App Store‌. Apps that encourage minors to consume any of these substances will be rejected. Facilitating the sale of marijuana, tobacco, or controlled substances (except for licensed pharmacies) isn’t allowed.

Over six years, Amphetamine had been downloaded 432,000 times, according to MacRumors. And yet, because it apparently promoted something illegal, its time in the Mac App Store was coming to an end.

Luckily, Gustafson didn’t back down. Upon receiving the takedown message, the developer quickly told Apple that it didn’t promote illegal drugs since (the physical) amphetamine is legally prescribed in the United States.

Gustafson’s note and a Change.org petition almost certainly led Apple to relent and decide to keep Amphetamine on the Mac App Store. The app is also the star of a Mac App Store Stories page.

What Does the Amphetamine App Do?

Through regular use, your Mac goes to sleep automatically after a period of inactivity. However, there are times when you might not want your computer to sleep. For example, when there’s a big download or lengthy compile or render.

Once installed, Amphetamine sits in the menu bar of your Mac. Right-clicking (or Control-clicking) starts or stops a keep-awake session. That’s it! You can also go deeper by turning on Amphetamine’s long list of customization tools.

To activate an Amphetamine session on your Mac:

You can select from indefinitely, by minutes or hours, until a particular time, when a specific app is running or while a file is downloading. In the following example, Amphetamine will run until 5 p.m.; you can see information on the current session by right-clicking on the app in the menu bar: 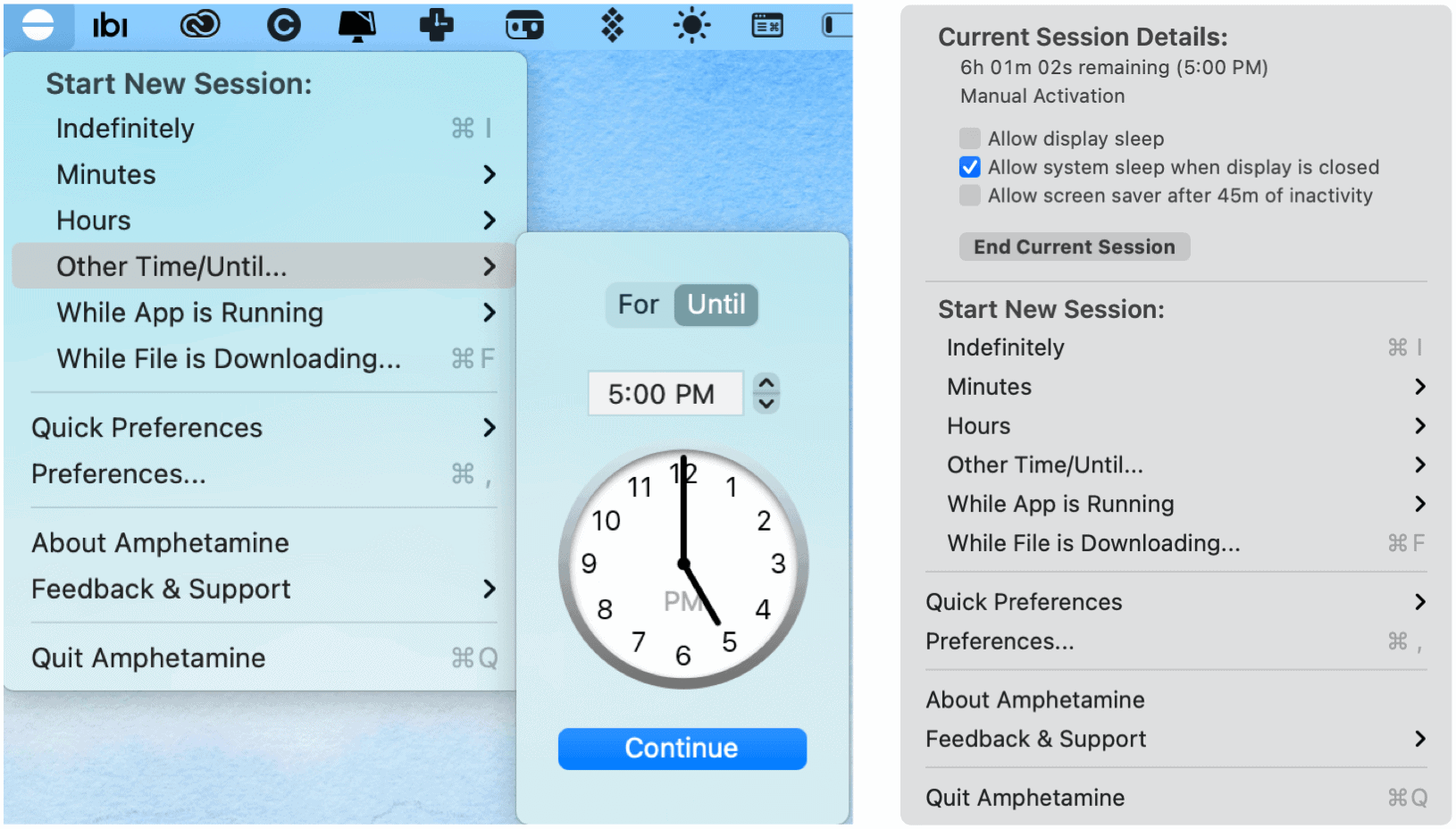 One custom feature worth considering is Amphetamine triggers. When turned on, triggers automatically keeping your Mac awake based on things like its Wi-Fi connection, battery level, USB and Bluetooth device connections, time of the day, running applications, IP address, and more. Because these rely on something happening (like the Mac battery level reaching a certain point), they require no further input on your part.

Amphetamine serves a useful purpose for anyone who doesn’t want their Macs to fall asleep at certain times or under certain conditions. Though Apple almost pulled it from the market, the app remains alive and well on the Mac App Store.