Google Wifi is a home networking product that uses Mesh Networking to improve the overall Wi-Fi coverage in your home. Here’s a look at what it is and what you can expect.

Products like Google Wifi are replacing traditional home router networks, which often produce dead zones. It’s called mesh networking. And these products have been designed to improve Wi-Fi accuracy and coverage in home environments. Simple in its execution and setup, Google Wifi is one of the most popular mesh networking solutions on the market and has been since launching in late 2016.

What is a Mesh Network?

A traditional home network includes one router that’s either connected to or part of a modem. In large homes and those with more than one floor, Wi-Fi range extenders are used to re-broadcast the router’s signal, usually by creating a separate network. Depending on the number of extenders, this system quickly becomes inefficient since you must manually switch your devices back and forth between networks as you move around. Additionally, most range extenders cut your bandwidth in half since wireless is half-duplex, which means connected devices can’t send and receive information simultaneously, thereby slowing things down.

Mesh networks like Google Wifi replace an existing Wi-Fi network. One device, called a node, is connected to your current modem while placing other nodes around your home. Unlike a router-and-extender setup, there’s only one network under this scenario. And because Wi-Fi broadcasts from each node (also called Wifi points), and not just a single router, you can extend your coverage with ease by added more units at any time.

As you move around the house with your devices, you’re always automatically connected to the nearest node, thereby guaranteeing a consistent, fast signal.

Mesh starter kits typically ship with two or three nodes with only the one connected to your modem requiring an Ethernet cable. The rest function on your network wirelessly. Google Wifi, available in a 3-pack or 1-pack, provides 1,500 square feet of coverage per node. Most homeowners will want to start with the 3-pack and will then have to decide whether adding more nodes is best. My home is approximately 2,200 square feet across three floors. For this, the 3-pack is necessary. Keep in mind how Wi-Fi signals travel is affected by the materials in a home, so even a home of the same size might need more or fewer nodes.

Setting up your Google Wifi network takes only a few minutes, depending on the number of nodes needed to install. Google Wifi ships with Wifi points, an ethernet cable for the primary Wifi point, and power adapters for each Wifi point. Each device includes two Gigabit Ethernet ports. 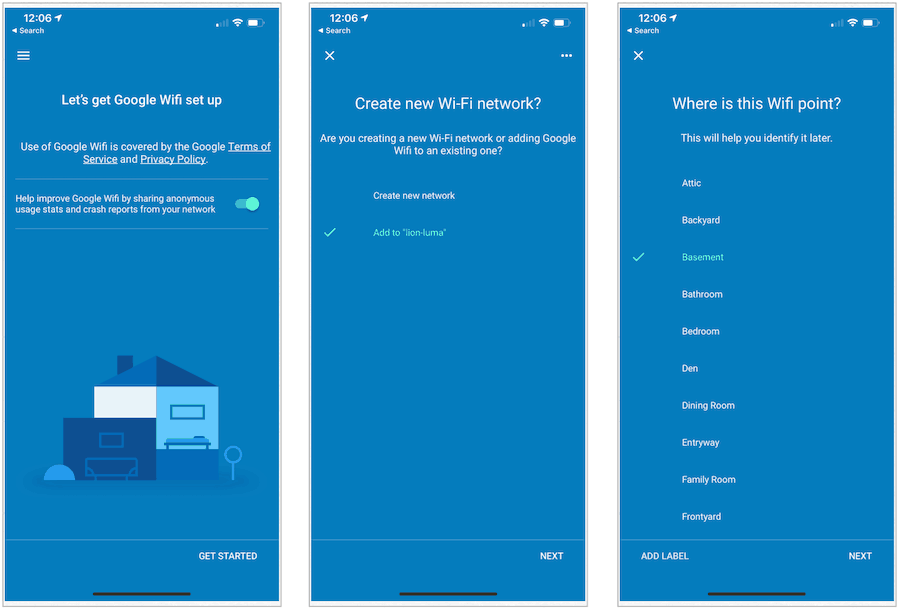 You can more nodes using the Google Wifi app. Google suggests placing Wi-Fi points no more than two rooms away from each other. Elevated positions are best, especially if you have more than one floor. You can perform a mesh test with the app to check your Wi-Fi points for poor connections.

When the app detects a poor connection, Google suggests:

Naturally, the primary use of a mesh network is to provide your home with Wi-Fi. However, thanks to the app, there are other features available, including the following: 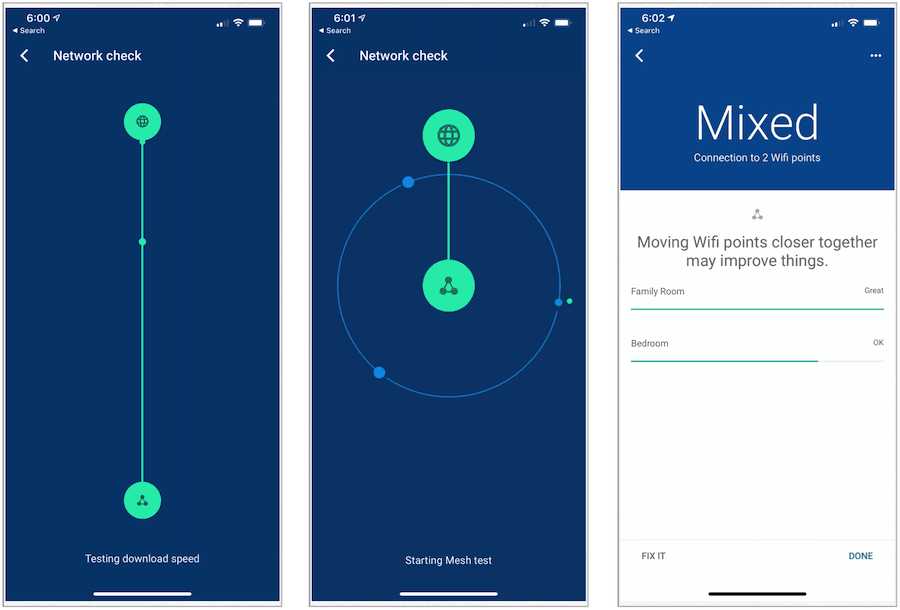 Google Wifi checks daily for software updates and installs them automatically. When this occurs, Google publishes notes about any changes, including new features, improvements, and bug fixes. You can get support for your Google Wifi at any time using the app or online. Additionally, there’s a Google Wifi community forum online. There’s also an online help center.

Over the years, I’ve tested numerous mesh networks for home use, including Linksys Velop, Netgear Orbi, Google Wifi, and many others. Each one is hands-down better than traditional systems. Google Wi-Fi offers a quick, uncomplicated set up and ease of use. Better still, it’s available at a price much lower than most of the competition.

Google Wifi isn’t without its flaws, however. For one, it allows for little hardware control and customization, although for non-techies, this is certainly preferred. For another, there’s no web interface. Otherwise, this product comes highly recommended for anyone looking to move beyond a router-and-extender setup.

You can purchase Google Wifi through Google and other retailers, including Amazon and Best Buy.