Apple released the first version of iOS 12 for the Public Beta Program. Here’s a look at how to install it on your iPhone or iPad.

Apple this week released the first version of its iOS 12 public beta. Previously, you had to pay $99 to be in the Apple Developer Program to get betas. Now you can get the beta versions of iOS, macOS, and tvOS for free. We already showed you how to join the Apple Public Beta Program and today we’ll take a look at how to install iOS 12 on an iPad.

Note: Remember this is still in beta and you should only install it if you have a spare device or are an experienced user. With all preview or beta software, things can go wrong and typically do. Don’t put this on your regular day-to-day phone or tablet unless you’re ready to accept the flaws that come with it. Also, make sure to back up your device first either using iTunes or third-party software. Here we’re showing how to install iOS 12 on an iPad, but the process is essentially the same if you want to put it on an iPhone or compatible iPod touch.

Once you’re set up in the Apple Public Beta Program and have backed up your device, you will need to enroll your device. To do that, from your iPhone or iPad, go to beta.apple.com/profile and log in with your Apple ID. Then tap on the “Download Profile” button and “Allow” to the message that pops up about the site trying to open Settings. 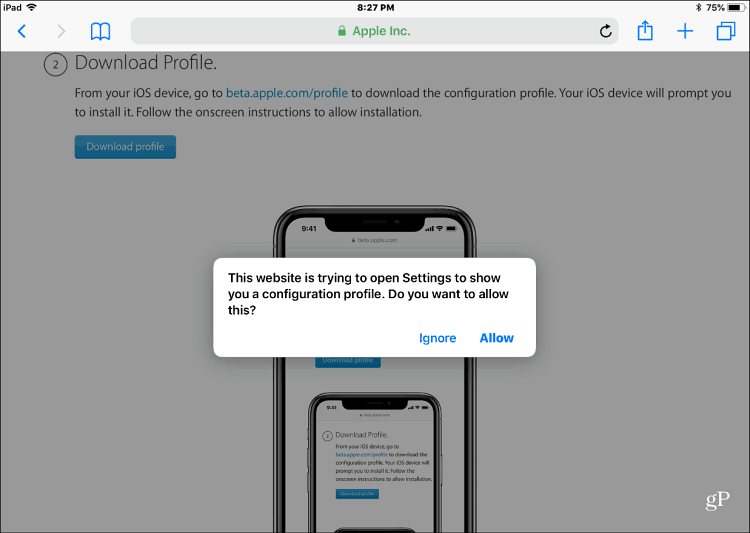 Next, tap the Install button, agree to the terms, and a restart will be required. 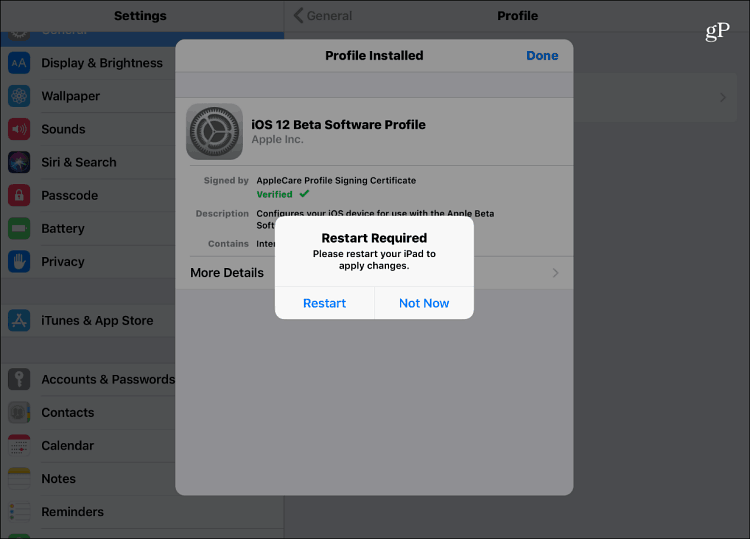 Once you get back from the restart you’re ready to get the update. Go to Settings > General > Software Update and tap Download and Install and agree to the terms. Then the update process is just like any other iOS upgrade you’ve done before. It will take a while as the upgrade installs and your device will restart a couple times. 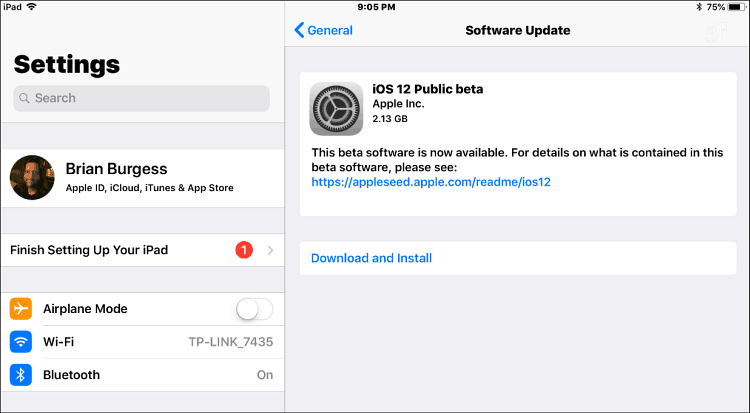 Once installed, you will need to go through some initial set up steps like creating a passcode and getting introductions to some of the new features in iOS 12. Once you navigate through those steps, you’ll be brought to the home screen and you’re ready to start using iOS 12 on your phone or tablet. The new Public Beta Program features the new versions of iOS 12, tvOS 12, and macOS Mojave. Apple’s new watchOS beta isn’t available in the public program, however. It’s only for developers.