Want to watch the entire MCU? Most of the universe is now available through Disney Plus, which you can watch across multiple devices.

Marvel Cinematic Universe (MCU) films are extremely popular with four of the 23 current titles in the all-time box office top 10. If you’re new to the MCU, missed a few installments, or just want to watch the series again, there are various ways to do so. You can watch the films by release date and experience them in the order in which they launched. Perhaps a better solution, however, is to watch them in chronological order. With a Disney Plus subscription, you can enjoy nearly every film in the series in one location.

Phases group all of the MCU films. Three of the phases have now been released. Collectively, Phase One, Phase Two, and Phase Three are called The Infinity Saga. Movies in Phase Four and beyond begin launching in late 2020. Films marked with an “*” are already available on Disney Plus, while those marked with an “#” are coming to the service soon (see below for more information). 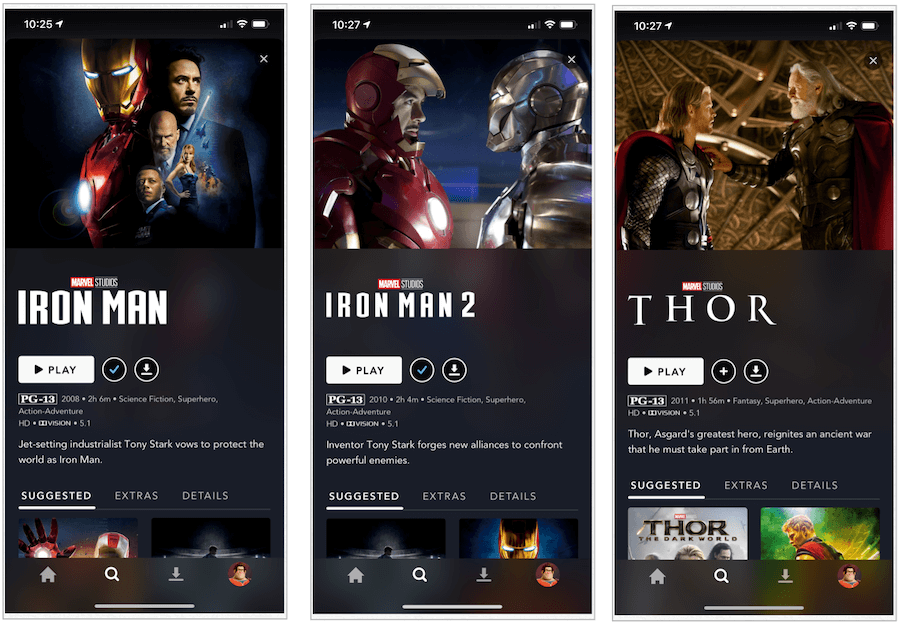 The first phase introduced the world to Iron Man in 2008 and continued to 2012’s The Avengers. 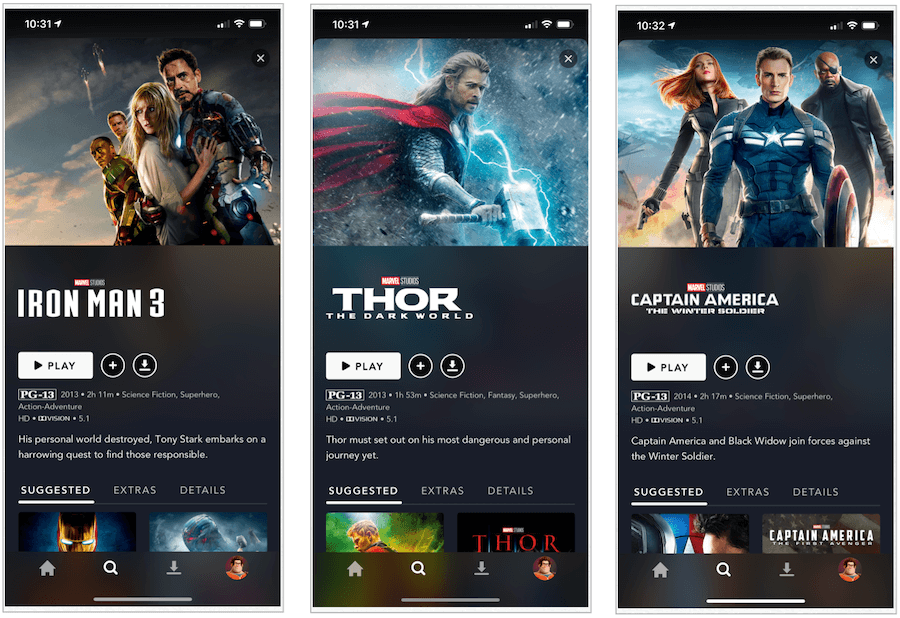 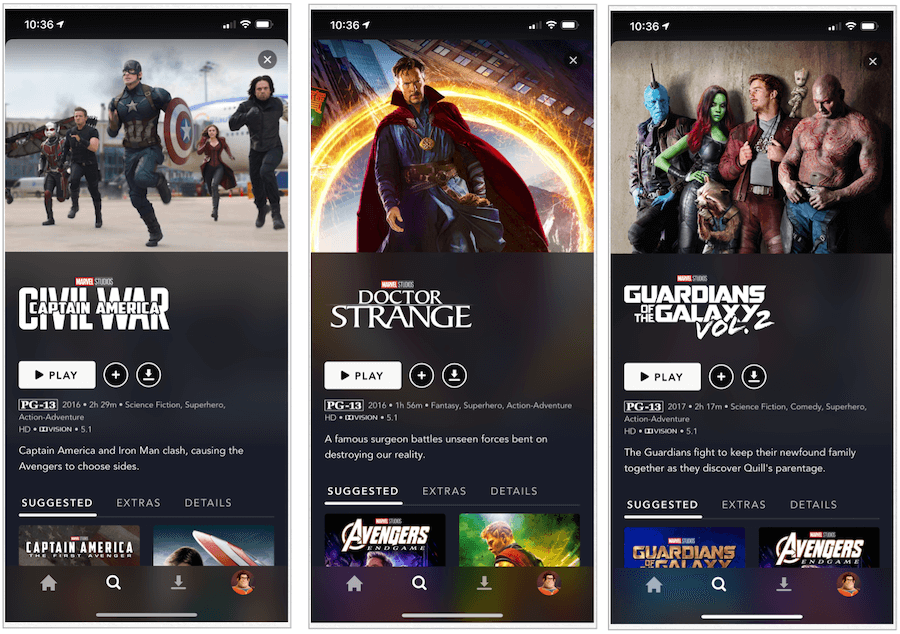 In Phase Three, Marvel released 11 films in the series between 2016 and 2019. Avengers: Endgame (2019) is currently the most successful MCU film of all time.

To date, 12 additional MCU films have been announced. Release dates are subject to change.

The next phase begins with the 2020 release of Black Widow and will continue with Thor: Love and Thunder in 2022. 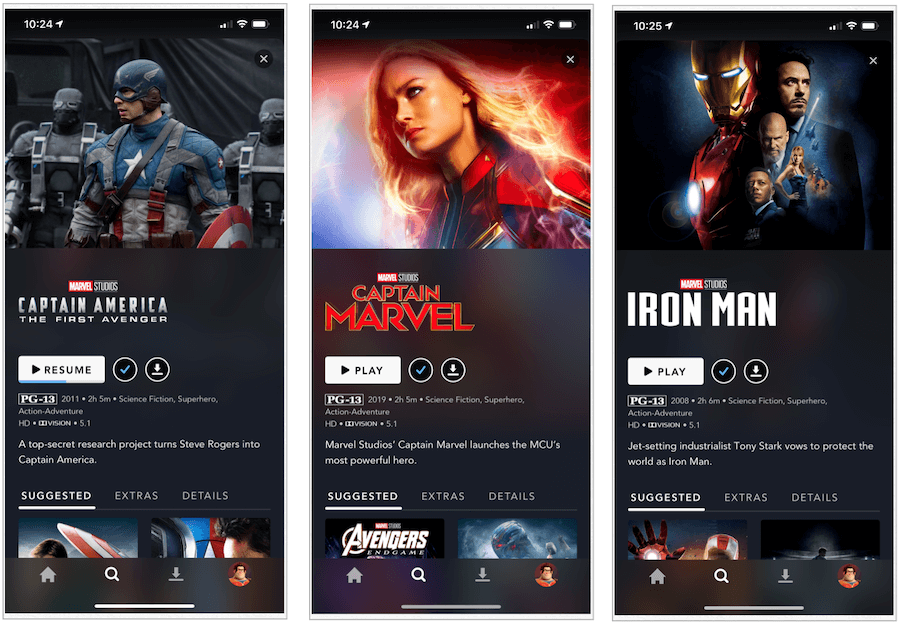 In real life, the MCU currently spans 12 years, from 2008’s Iron Man to the upcoming Black Widow (2020). The fictional timeline presented in the films, however, is much longer. It’s because of this you might want to watch the movies in chronological order, starting with Captain America: The First Avenger and continuing with Spider-Man: Far from Home.

What About Disney Plus? 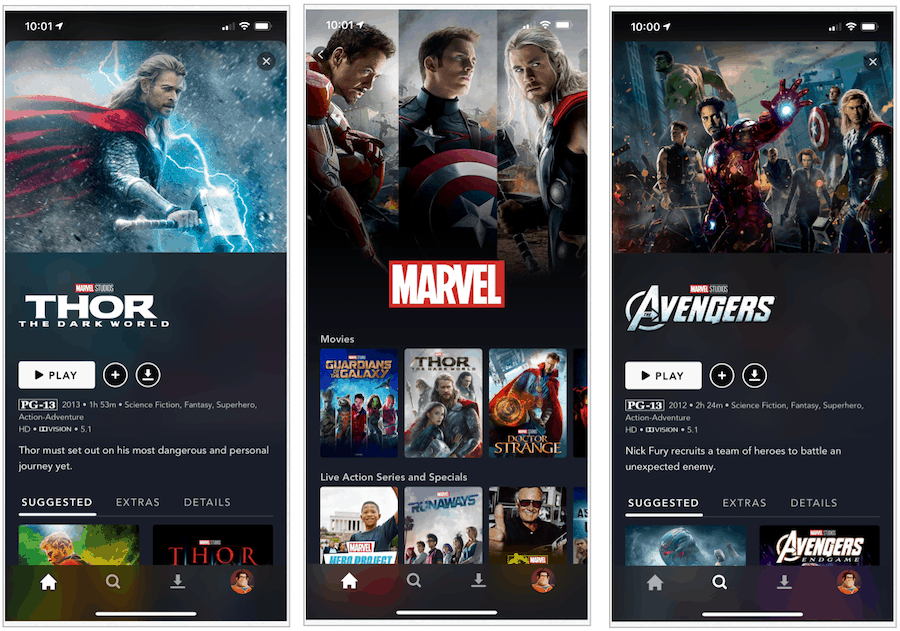 Most already released MCU films are already on Disney Plus. Of those that aren’t, two will be very soon. Future movies, with perhaps a few exceptions, will also make their way to Disney Plus once they are officially released.

Currently on Disney Plus

The following films are already available on the streaming service:

Coming to Disney Plus 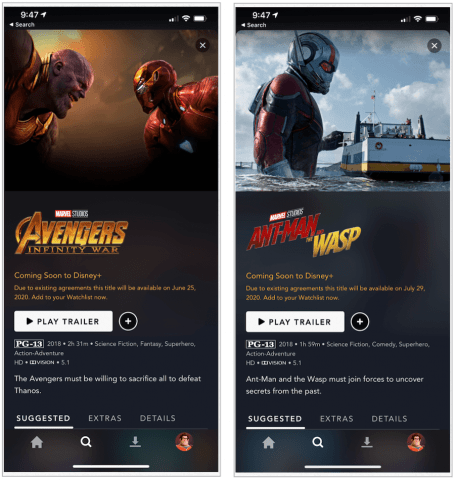 Two films in the series will arrive on Disney Plus soon, including:

Missing from Disney Plus

Past obligations with Sony or Universal mean the following films in the series won’t be arriving on Disney Plus anytime soon:

Which Are The Best and Worst Films?

Watching 23 films one after another takes a lot of time. If you want to get exposed to the MCU but only have time to watch five movies in the series, I suggest sticking with (most of) the Avenger movies and sampling Iron Man and the Guardians.

Watch the five films in this order:

On the other end, the movies to avoid, at least according to IMDB, are Captain America: The First Avenger, Thor: The Dark World, Captain Marvel, and The Incredible Hulk.

With many of us stuck at home for long periods, now is the time to experience the Marvel Cinematic Universe. Most of the universe is now available through Disney Plus, which you can watch across multiple devices.