In iOS 13, Apple changed the way you delete an app on your iPhone’s and iPad’s home screen. Here we explain the different ways you can do it.

In iOS 13, Apple changed the way you delete an app on your iPhone’s and iPad’s home screen. You can still use the “X” on a jiggling app icon to delete that app, but there’s an extra step to get there if you’re running iOS prior to 13.2.

However, there are multiple ways to delete apps in iOS 13 and today we cover all those ways.

Delete Apps From the Home Screen in iOS 13.2 and Later

To access the popup menu for an app in iOS 13.2, long press on the app’s icon. Now that Apple is getting rid of 3D Touch, you don’t have to press hard to access the menu. Just hold your finger down on the icon.

NOTE: If you’re deleting a website you added to your home screen in iOS 13.2, this option will be Delete Bookmark. 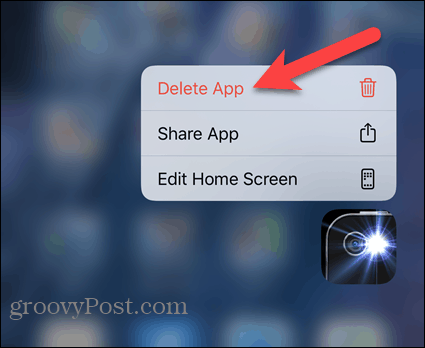 Tap Delete on the confirmation dialog that displays. 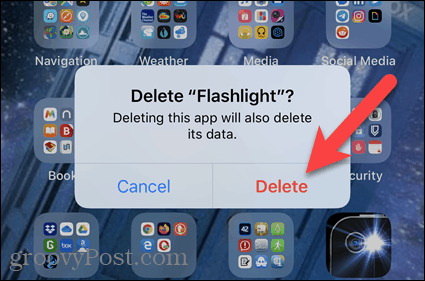 As we mentioned, you can still make the icons on your home screen jiggle and delete them using the X on each icon. This is useful if you want to quickly delete multiple apps.

Long press on an app’s icon and tap Edit Home Screen on the popup menu. This option was previously called Rearrange Apps.

NOTE: You can also keep holding down on the app icon after the popup menu displays to get the icons to start jiggling and show the X on each. 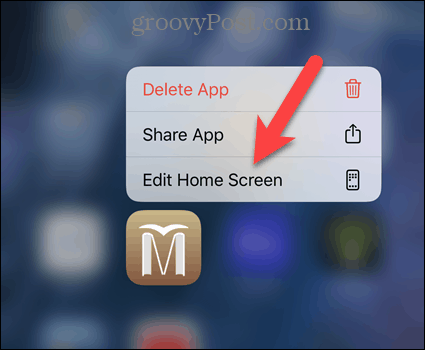 Tap the X on the icon for the app you want to delete.

Then tap Delete on the confirmation dialog that displays. 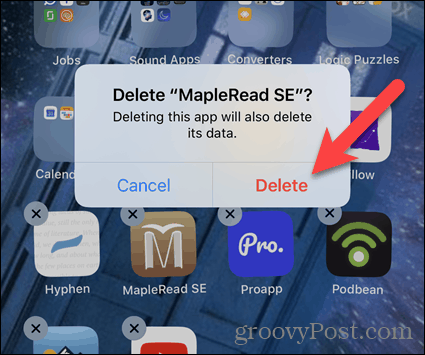 Tap the X on any other apps you want to delete.

Tap Done in the upper-right corner of your screen when you’re finished deleting apps.

NOTE: After a bit of inactivity, the app icons will stop jiggling. 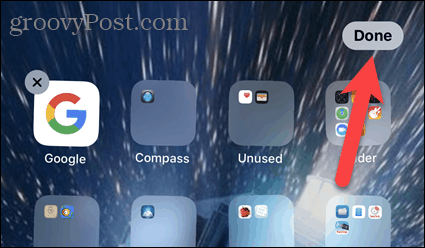 If you’d rather not deal with the popup menu or jiggling icons, you can delete apps in Settings.

Tap Settings on the home screen. 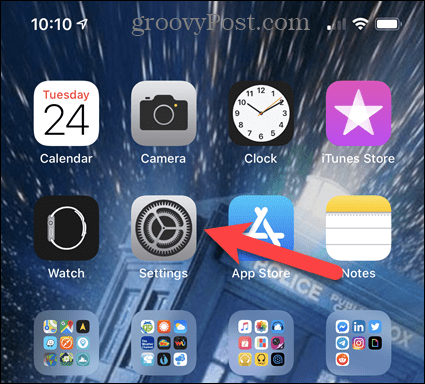 On the Settings screen, tap General. 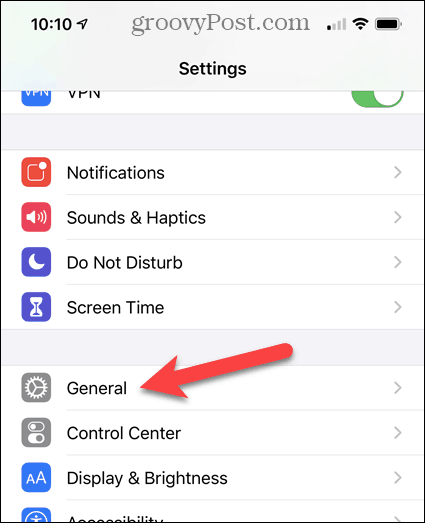 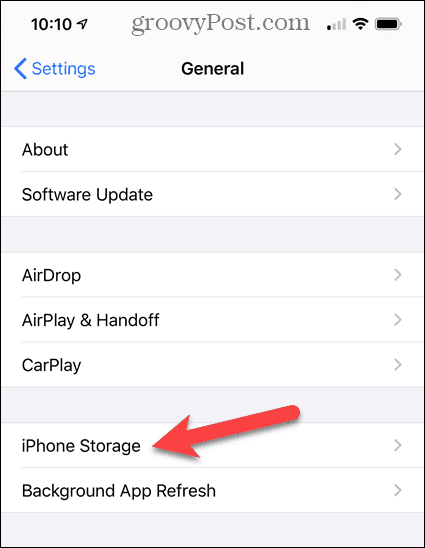 It may take a bit for the list of apps installed on your phone to get generated, depending on how many apps you have installed.

The list is sorted by size. Scroll down the list until you find the app you want to delete. I can delete the Pebble app now that I don’t use my Pebble watch anymore. 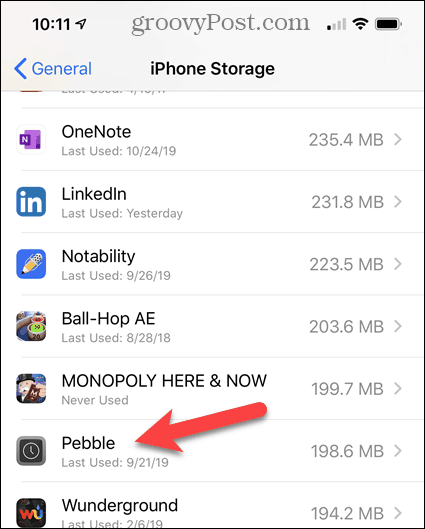 If you’d rather not delete the app completely, so you don’t lose the app’s data, you can offload the app and keep the data on your phone using the Offload App option. You may just want to free up the space used by the app’s Documents & Data. You can easily reinstall the app in the future. 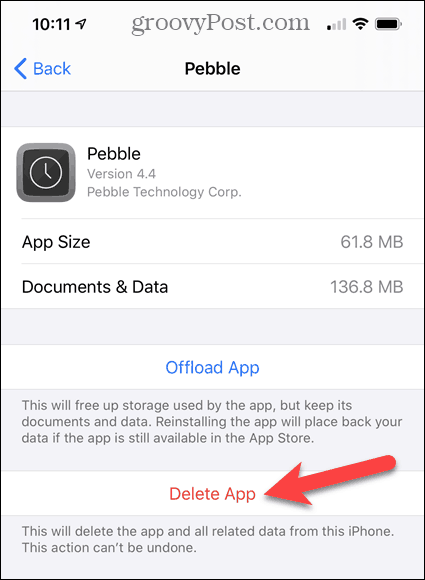 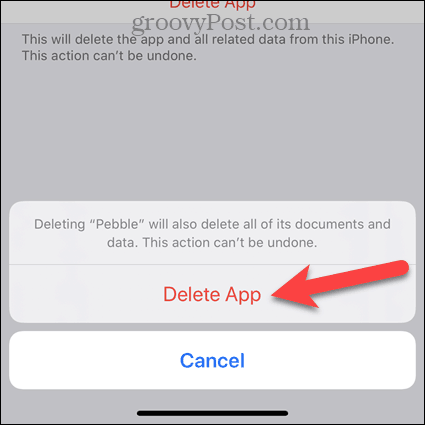 Delete Apps From the Updates List in the App Store

While you’re updating apps, you may decide you want to delete an app rather than update it. You don’t need to get out of the App Store and follow one of the previous methods to delete the app. As of iOS 13, you can delete apps directly from the updates list in the App Store.

Under Available Updates, or under Updated Recently, swipe left on the app you want to delete instead of update. 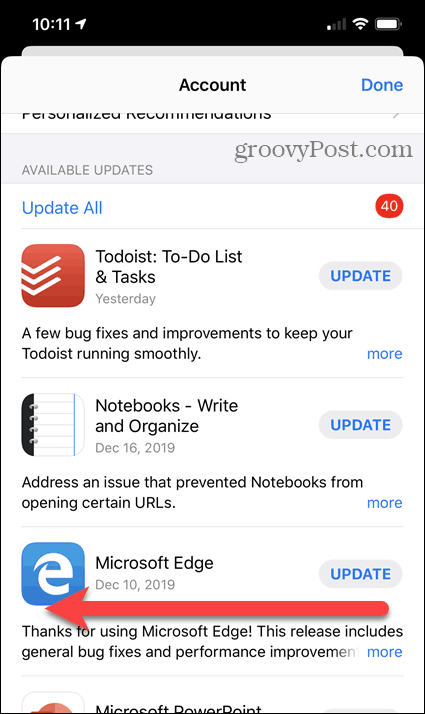 Tap the red Delete button on the right. 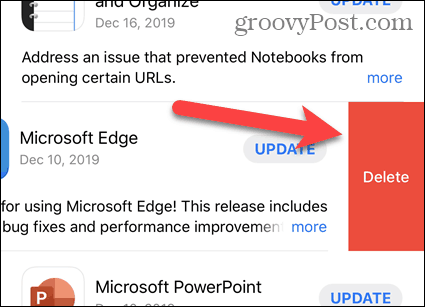 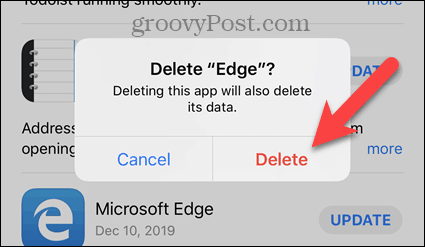 Note that the process for manually updating your apps (if you do that) has changed in iOS 13, too.