Your Chromebook may seem basic but it’s capable of a lot of things. Here is a look at some tips and tricks to get you rolling.

A Chromebook is an affordable way to get your basic computing done while on the go. If you’re new to Chromebook and Chrome OS you might need some help in using it to its fullest potential. Here is a look at some essential tips and tricks for getting around your Chromebook. 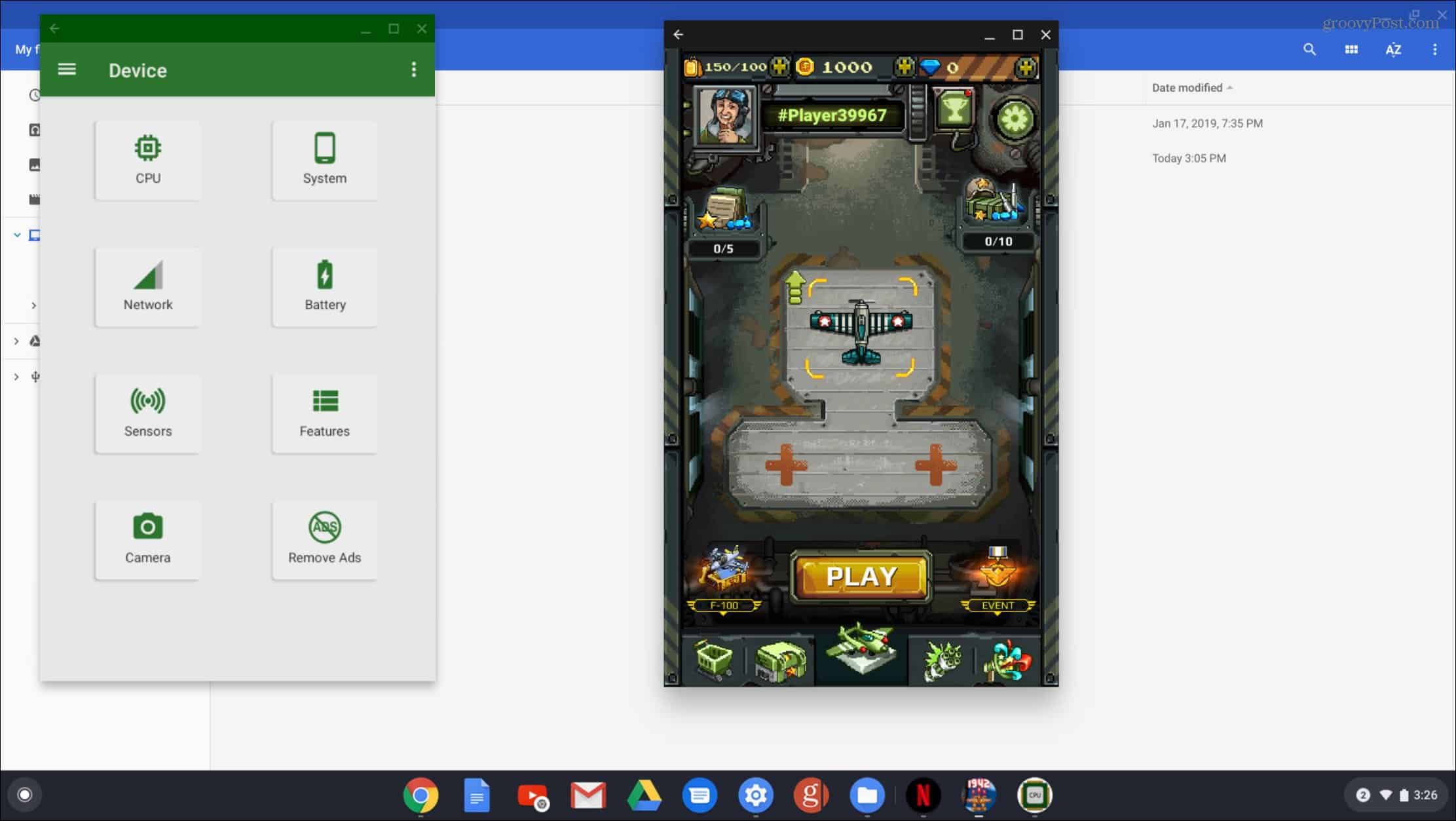 For more, read our article on how to run Android apps on Chromebook.

You might not like the default wallpaper that comes with your Chromebook. Maybe you want to change it to something different or use your own pictures. Changing it is straightforward. Just right-click anywhere on the desktop and choose “Set Wallpaper” from the menu. Then choose from default images or go into your own and pick one out. 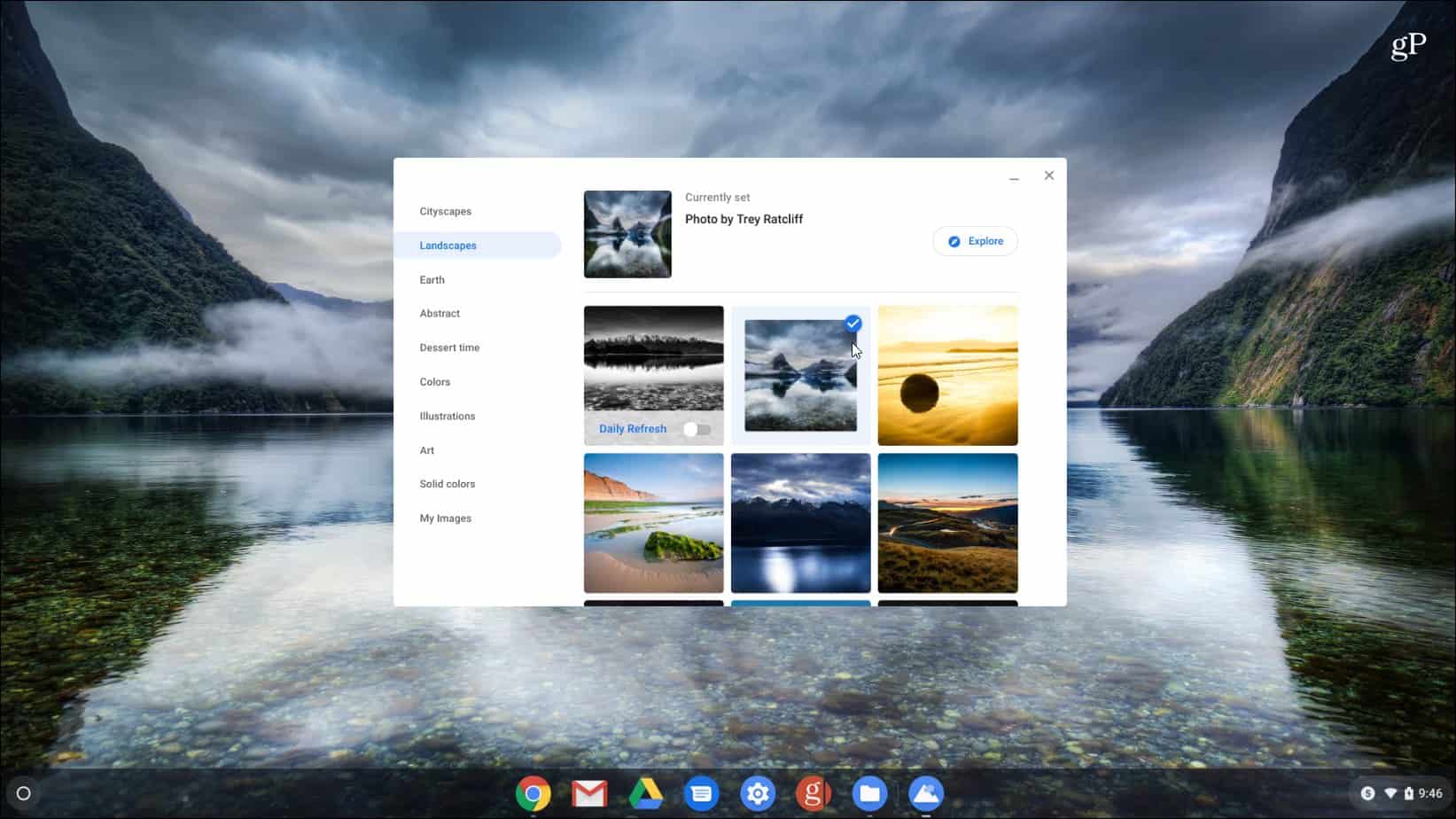 For step-by-step instructions check out our article on how to change the Wallpaper on Chromebook.

You can get a lot done on a Chromebook. And in an effort to help you out with tasks, Google implemented a Virtual Desks feature with Chrome OS 76. The feature is similar to a virtual desktop on other operating sy8stems. It lets you have up to four different desktop sessions with different apps running. To create a new virtual desktop hit the “New Desk” button at the upper right corner of the screen. Then to switch between them hit the F5 key to show all open windows.

For detailed step-by-step instructions check out our article on how to use virtual desktops on Chromebook.

Google has been improving its Camera app for Chrome OS. If you need to take a video or photo using your Chromebook using the built-in Camera app you can. Simply launch the Camera app and toggle between taking a photo or video and press the Record button.

For more details on where you can find your pics and videos after taking them, read our article on how to take a photo or video with the Camera app on Chromebook.

Just like with other computers you can use keyboard shortcuts to navigate your way through your Chromebook. And since most users are mobile and without a mouse, keyboard shortcuts can save you time and trackpad or touchscreen swipes. 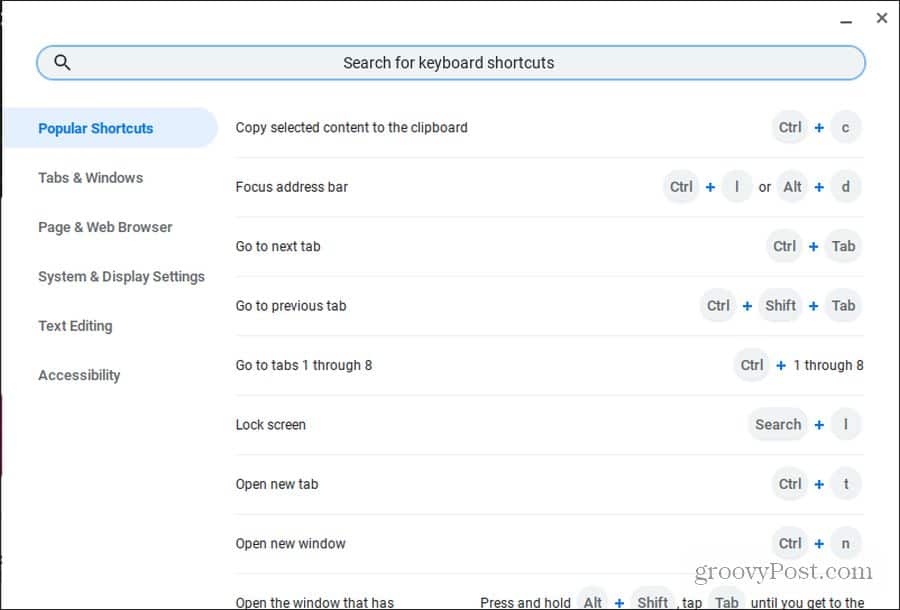 Make sure to read our ultimate guide to keyboard shortcuts for Chromebook.

In addition to running Android apps from Google Play, you can run Linux apps, too. To do that you just need to go into Chromebook Settings and turn on the “Linux Beta” in the left panel under the Linux (Beta) heading. 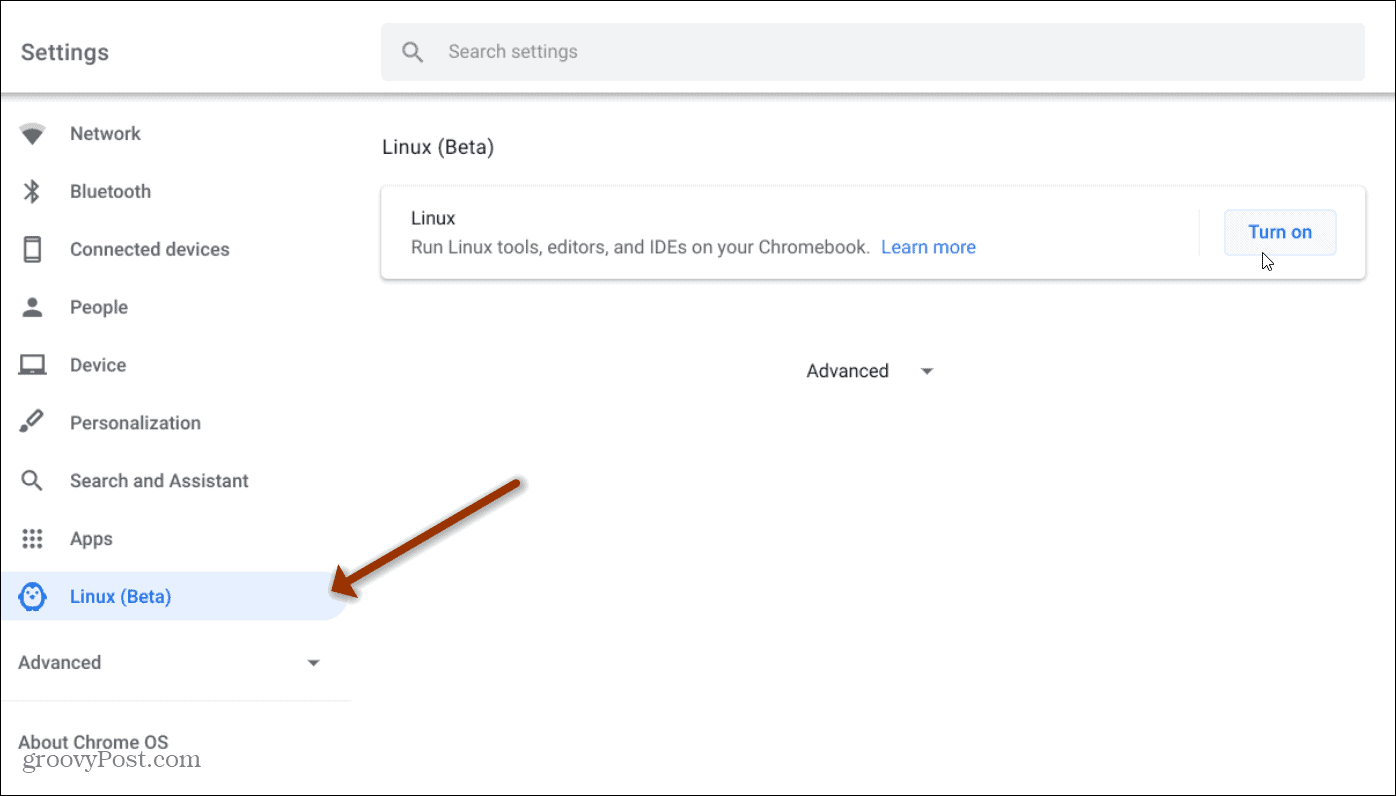 For more details check out our article on how to run Linux apps on Chromebook.