The Thanksgiving holidays meant a slow week for gaming news. But we have you covered with what did happen this past week in the weekly gaming round up.

The Thanksgiving holidays meant a slow week for gaming news. The first wave of turkey and stuffing is gone, and it’s time to enjoy leftovers or shop for deals on the busiest shopping day of the year Black Friday.

Wii U Arrives with Issues out of the Box

The biggest news of the week, of course is the launch of Nintendo’s newest console, the Wii U. It’s the successor to their popular Wii. It doesn’t seem to be getting as much buzz, as the Wii did, but it has sold out. However, there are some reports of people putting consoles on eBay for $3000.

Nintendo has a pretty cool console, but they did make a pretty annoying screwup with it. The moment it’s out of the box and plugged in, you will need to install a massive firmware update. One report suggests it may be up to 5GB. What I do know, first-hand, is that it takes roughly an hour to download, then as that report says, it’s around another 30-minutes to install the new firmware. Most annoying, perhaps, is that the Wii U doesn’t have a lot of storage capacity. Even the deluxe version, with 32GB, is pretty small compared to other consoles. This update eats up a ton of free space. That, combined with the fact that most of us just want to play the thing when we first get it, makes it rather annoying for the average gamer, and will surely annoy children who are getting it under the tree this year. Of course, now that you know what we didn’t know at launch, you can play your games and then just download the update while you are doing something else for a few hours.

Your Nintendo Network Account is tied to your Wii U

This isn’t a good thing. Usually, you have an account, as you would with Xbox Live or PlayStation Network. You sign in on your console, and that’s that. If you get a new Xbox 360 or PlayStation 3, you simply sign in on the new machine with your credentials. This lets you transfer anything you had to the new machine, and keep your ID. Nintendo goofed here, unfortunately. Your Nintendo ID is tied to the console. This means that if it breaks down and you have to buy a new Wii U, or if you decide you want a new one (should Nintendo happen to release an updated Wii U, as console makers often do) you can’t, as of right now, transfer data. Whether that is something that can be patched, or fixed in the future, however, remains unclear.

Reggie Fils-Aime, Nintendo of America’s president, remains hopeful that the next Grand Theft Auto game will come to the Wii U. However, he says it’s ultimately up to Nintendo to make sure they have a large installed base. Dan Houser, Rockstar’s vice president, said that they wouldn’t rule it out, but nothing’s firm.

Sony Vita Update: You won’t have to quit games to use browser

This is a bit more useful than it initially sounds. It’s nice to be able to browse quickly when you need to look up some information. For instance, if you are stuck in an area of a game, it’s worth Googling to find a solution or tip to help you get through. Pretty cool, actually. 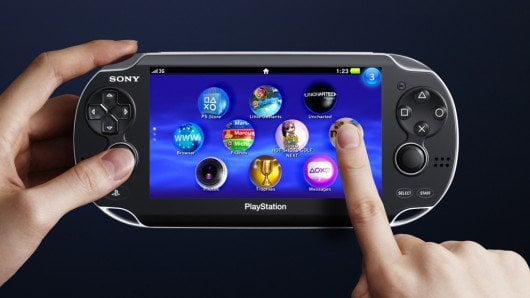 The newest Uncharted game is coming to PlayStation Vita. Seems that some fans are disappointed already. Why? Because it’s not a traditional Uncharted game. It’s a card game. People who wanted a third-person platforming, climbing, shooting adventure won’t get their dose of action this time.

This is still just a rumor, but according to some, Microsoft’s next console, for now being called the Xbox 720 for the sake of reference, will come in two models. One is going to be designed for the more casual gamer, while the other is geared toward the core. This sounds weird, but according to the report, one is going to be more affordable, and use Windows 8 as a basis for the operating system. It will feel more like a set-top box. The core machine, however, will feel more like a traditional console in that it plays the hot, AAA games and does Xbox Live.

That’s an interesting way to go about it. The less powerful machine is being called Xbox TV by the Verge. Their sources have been accurate in the past.

That’s about it, folks. Looks like a big week for Nintendo. The Wii U dominated the news. Now let’s see if Nintendo can keep it going through the holiday season.