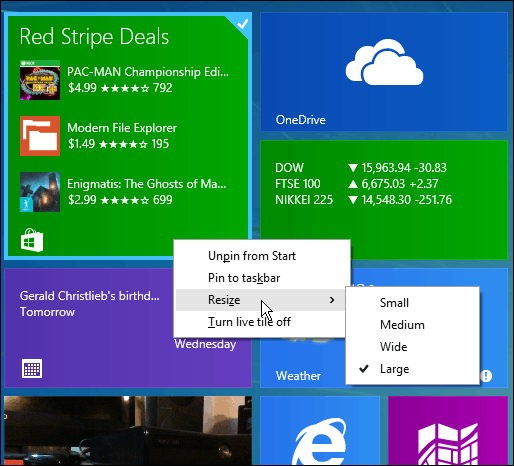 Windows 8 keeps trucking along, and the next big change will be in the form of what Microsoft calls Update 1. It makes the modern UI easier to use with a mouse and keyboard.

Love it or hate it, Windows 8 keeps trucking along. The next improvement to it will be in the form of what most users call Update 1. The goal of this update is to make the modern tile-based interface easier for users of traditional PCs with  mouse and keyboard.

In fact, the update goes a long way to make the metro/modern interface mouse and keyboard friendly. The update is said to be released sometime in April but that, of course, could change. Here’s a look at a few things that are new or have changed.

One feature that Windows user’s are used to is when you right-click a file or desktop icon, it displays the Context Menu. That feature has been absent in Windows 8 and 8.1. With this latest update, you’ll get the desktop context menu familiarity. Right-click a tile on the Start screen and you’ll get different options like pinning the tile to your desktop taskbar, resizing it, and turning the Live Tile feature on or off.

Previously, you could move and organize your tiles into different groups and give them a name. Now it can be done by right-clicking an empty area of the Start menu and select Name Groups. 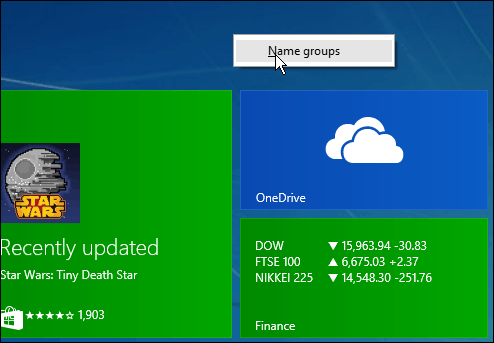 If you do pin a modern program to the Taskbar on your desktop, when you hover the mouse pointer over the icon while it’s open, you now get a preview thumbnail – just like with Windows 7 and 8.x.

This is nice because it makes things easier, however, the app still opens in full screen mode. While in full screen, you have a few options now like clicking the icon in the upper left corner of a new Title Bar. It allows minimize or maximizing the window and snapping it to the left or right – but no option to resize the window. 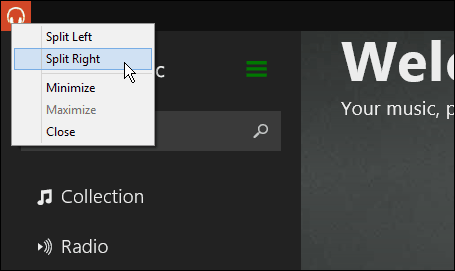 While a modern app is in full screen mode, you’ll still have access to the desktop taskbar. 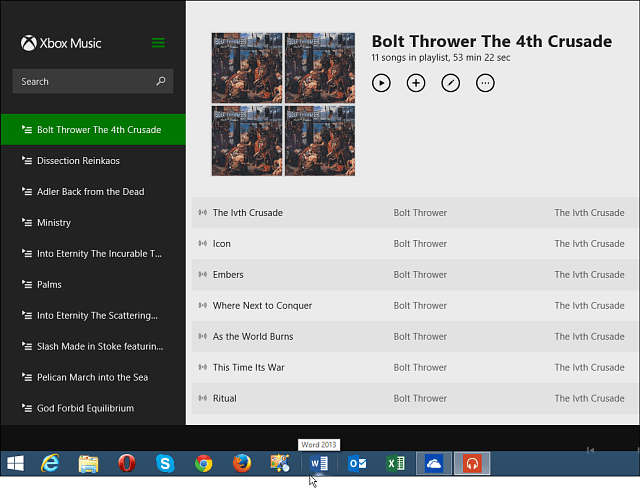 While all of this seems like a step in the right direction, it arguably doesn’t go far enough, so ModernMix is definitely still a must have.

Oh, Microsoft also renamed SkyDrive to OneDrive. After this update you’ll see that it’s been implemented. 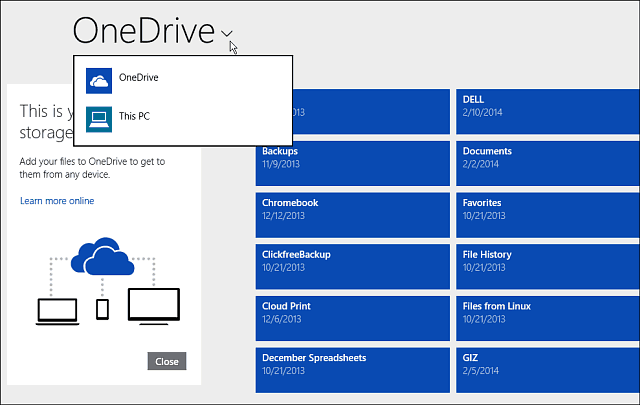 While the modern interface is definitely more mouse friendly, I don’t think people who use standard computers will start using metro a lot more. It seems like Microsoft is trying to make Windows 8 be everything to everyone. But it’s really not being anything but a convoluted mess. This is the second time the company is releasing a big update and stepping back at the same time to accommodate legacy features. Windows 8.1 seems to be straying further from the original vision of former Windows President, Steven Sinofsky.

Remember that started with 8.1 with the return of the Start button, and boot to desktop ability. Technology geeks like myself have no problem learning the new interface, and it can be fun for a geek. However, I don’t think these tweaks to the modern interface will influence the average user to make the leap.

This was a look at a few features that you can expect after the update. Of course until the final version comes out, there could be other changes and/or additions to the interface.

Here’s a few details from the update from the KB Page as well:

What’s your take on the way Windows 8 has been developing? Love it, hate it, switched OS X or Linux? Leave a comment below and tell us about it.