In the game of Windows 11 vs. macOS Monterey, there’s much Microsoft is about to bring to the table that may cause Apple pause.

As a Mac user, you’d have to go back to the days of Windows 95 to find a PC operating system I found as exciting as the upcoming Windows 11 update. So, no, I’m not ditching my MacBook Pro for a next-generation Windows PC. And yet, I’m willing to admit Microsoft scored some home runs with its latest operating system, which should force Apple to take notice. Still, I wasn’t impressed with everything about Windows 11, as you’ll see below.

Not everyone uses a 13-inch display on their main PC or Mac. For these folks, Microsoft and Apple have gone in different directions to maximize screen real estate in Windows 11 and macOS Big Sur (soon Monterey), respectively. On the former, Microsoft has introduced Snap Layouts, which allows you to run up to three apps side-by-side in various layouts. Better still, with Snap Groups, Windows 11 remembers the Snap Layouts you’ve used, so they’re easy to find later, thereby making it easier to move between different apps.

On macOS, you’re stuck using two apps side-by-side. It works well, but it suddenly feels old school versus Snap Layouts. If there’s one Windows 11 feature that’s likely to get copied on macOS in 2020 and beyond, it’s Snap Layouts.

It seems no one enjoys using the Windows 10 store, which is probably the reason the Windows 11 store has been significantly changed, at least from a design standpoint. Still, I don’t plan on using my copy of Windows 11 to install Android-based apps from the new store. While this sounds a lot like Apple bringing iPad apps to Mac, it’s a different concept.

The new Android-based apps on Windows 11 actually come from the Amazon App Store, not Google. Microsoft’s decision to go with Amazon, not Google, is an interesting one. Regardless, I’m happy with the Mac App Store; thank you very much.

Macs have never been designed for anything beyond casual gaming, and no, Apple Arcade isn’t going to change this. But, conversely, Microsoft actively supports PC gaming while also pushing Xbox console gaming to fun, new levels. With Windows 11, Microsoft’s two gaming worlds get ever-closer with key updates to Xbox Game Pass. These include DirectX 12 support, which brings high-frame-rate gaming to PC,  and Auto HDR, making games look better than ever. Microsoft’s DirectStorage also means PC games will load quicker than before.

On this point, there’s no context. If you want to play games on your computer, buy a Windows 11 device. 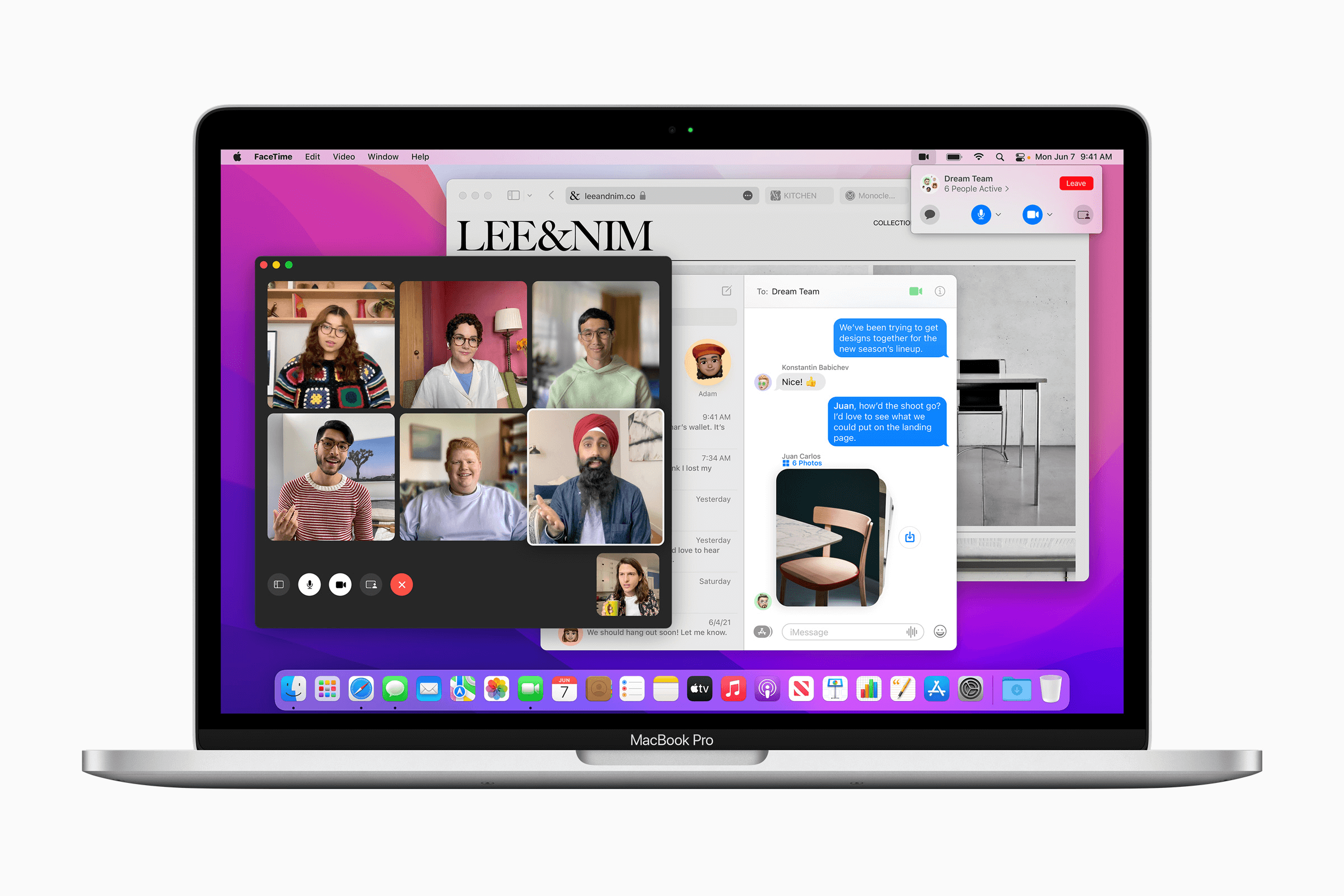 There are times when I wish Apple would bring touch to macOS. Then I spend time with a PC with touch, and I change my mind. Touch is supposed to get better with Windows 11, and perhaps it will. And yet, there’s something superior about a mouse or trackpad that makes touch still seem like more of a gimmick than something of value. You can certainly try to prove me wrong!

In macOS Monterey, launching this fall, Apple will continue to make the widget concept better on Macs. And yet, here again, it looks like Microsoft’s widget experience is shaping up to be a better one. While Apple’s widget system, which is part of Notification Center, concentrates on offering information tied directly to installed apps, the one from Microsoft in Windows 11 is AI-driven to provide content like news, weather, and more, and it’s an expansion of the Windows 10 Interests feature.

As these things go, the devil will be in the details, and Microsoft’s widget concept may be more smoke and mirrors than something of substance. And yet, at least based on the Windows 11 presentation, it’s a concept that appears to best the one on macOS.

Beginning this fall, Mac and iPhone users can invite Android and Windows users to FaceTime calls. The small puncturing of Apple’s well-known walled garden is a step in the right direction. And yet, until everyone who uses FaceTime is treated equally, the tool will be no match for Microsoft Teams and similar calling solutions.

Nothing about Microsoft Teams in Window 11 was a head-turner. Rather, it serves as another remember that Microsoft Teams is available across multiple platforms, including Windows, Android, Mac, and iOS, while FaceTime proper is not.

Android apps are coming to Windows 11, and that’s definitely something many Windows users will embrace. And yet, because Microsoft doesn’t fully control the process, it probably won’t match the way Apple’s bringing mobile apps to macOS using Apple silicon. That’s not necessarily a knock at Microsoft. Rather, it’s my firm belief that more control is better than less when it comes to apps and using them across multiple platforms.

If you’re a Windows 10 user with a Windows 11 compatible computer, you’ll be able to download the new operating system for free. This is a change for Microsoft, which typically charges for Windows upgrades.

Like macOS for many years, Windows will now cost users nada, which is a good thing.

The Competition: Windows 11 vs. macOS Monterey

After the disaster that was Windows 8, users finally caught a break with the much better Windows 10. Later this year, Windows 11 looks to take Windows in another positive direction, and that’s good news for everyone involved.

For Windows users, the update will bring fun, new tools to everyday computing. For Mac users, perhaps some of the coolest Windows 11 features will eventually find their way to macOS. That’s a win-win, no?