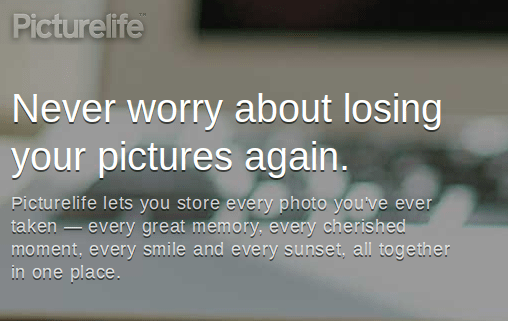 Picturelife promised users they would never have to worry about losing their pictures again. Then, they lost all their users pictures. What would you do?

I won’t quote statistics to you. You know you take a ton of pictures. And if you have a kid, then I know you take so many pictures that you can’t even count them.

So, what do you do with them all?

If you’re anything like me, then you don’t organize them. You don’t take them to Walgreens and have them printed and put them in a scrapbook. Instead, you just kind of hoard them.

I have just a fraction of my photos in Google Photos—and look:

Ain’t no one got time to sort through tens of thousands of pictures.

We’re too busy taking the pictures to go back and sift through the ones we want to save, amirite?

Of course, we’re going to do it someday. But like, later. Once all the fun and excitement has died down, and all we have are these photos to remember those fleeting moments of crazy unimaginable joy.

We have a funny relationship with our digital hoard that way. We treat it less like a photo album on the coffee table and more like a nest egg or a retirement fund. For the most part, we leave it out of sight, assured by the knowledge that it’s safe and steadily growing.

So, imagine if one day it all just…disappeared. 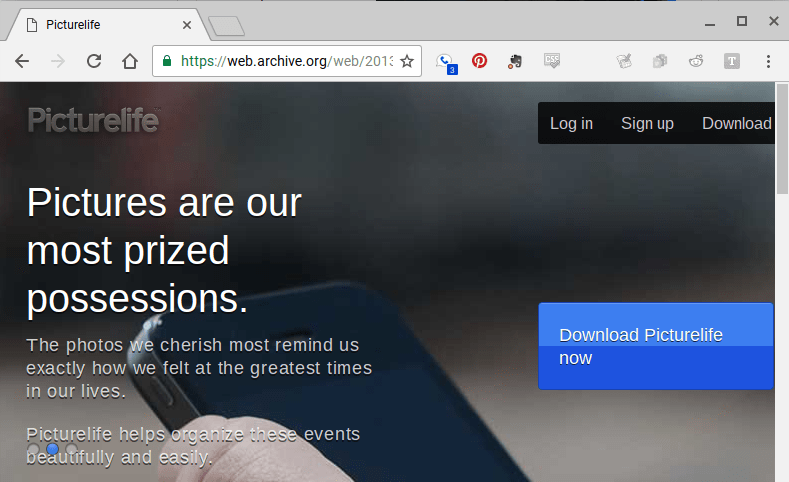 That’s what happened to the 200,000 or so subscribers to a service called Picturelife. Notice that the word “Picturelife” isn’t a hyperlink in the previous sentence. That’s because it is a service no more.

Picturelife was a photo storage service that pitched users on the idea that they could forget about hard drives and cumbersome physical storage and to store them in the cloud. Safe, sound, and automatically backed up.

It was a sweet deal, until the day it wasn’t. One day, the site suddenly went down. And then when it came back up, all the photos were gone. They were replaced by swatches of colors, placeholders for the photos that were supposed to be there but no longer were.

Understandably, Picturelife users freaked. They bombarded customer service and blew up social media with complaints, but never got a straight answer on where the heck their photos had gone.

It was bad. Terrible. But it wasn’t even close to the worst it could get.

Protecting Your Photos: Guarantees are No Guarantees 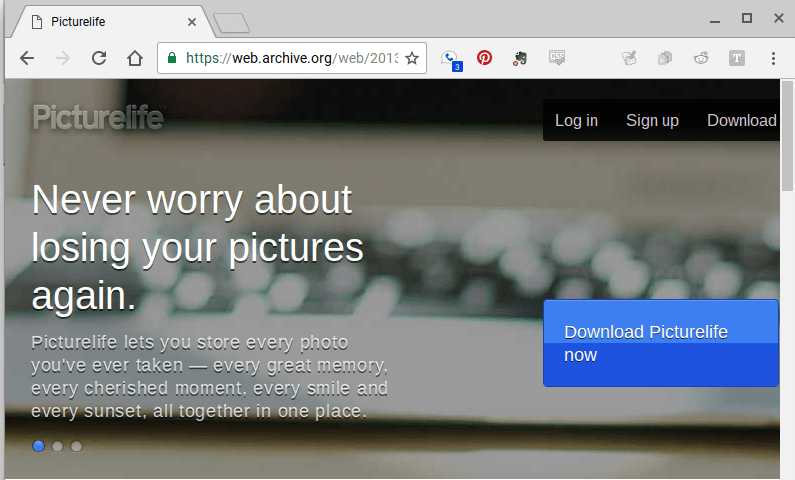 The Picturelife story has a semi-happy ending—the users did get their photos back. The Reply All podcast did an excellent story on the collapse and eventual return of Picturelife.  It is 110% worth a listen (the extra 10% is for the world’s best podcast theme music by Breakmaster Cylinder).

But the big takeaway is this:

The only reason that Picturelife users got their photos back is because of the founder Jonathan Benassaya had a moral conscience. Long story short, Picturelife ran out of money and the data center gave the company 60 days to get their data off before it was purged forever. Benassaya put his own money down to keep the company afloat while they crammed the photos onto a server with one-third the storage space. He saved the pictures, but the database for the photos was lost in the shuffle.

As Reply All explained it, imagine that Picturelife was a library, and all the photos were the books. They saved all the books, but they lost the catalog system that told them where the books were.

It was an absolute mess.

After several agonizing months, Picturelife got the photos back to their users, as promised.  SmugMug came to the rescue and agreed to host the photos for long enough for users to download their pictures for free, or sign up for SmugMug. 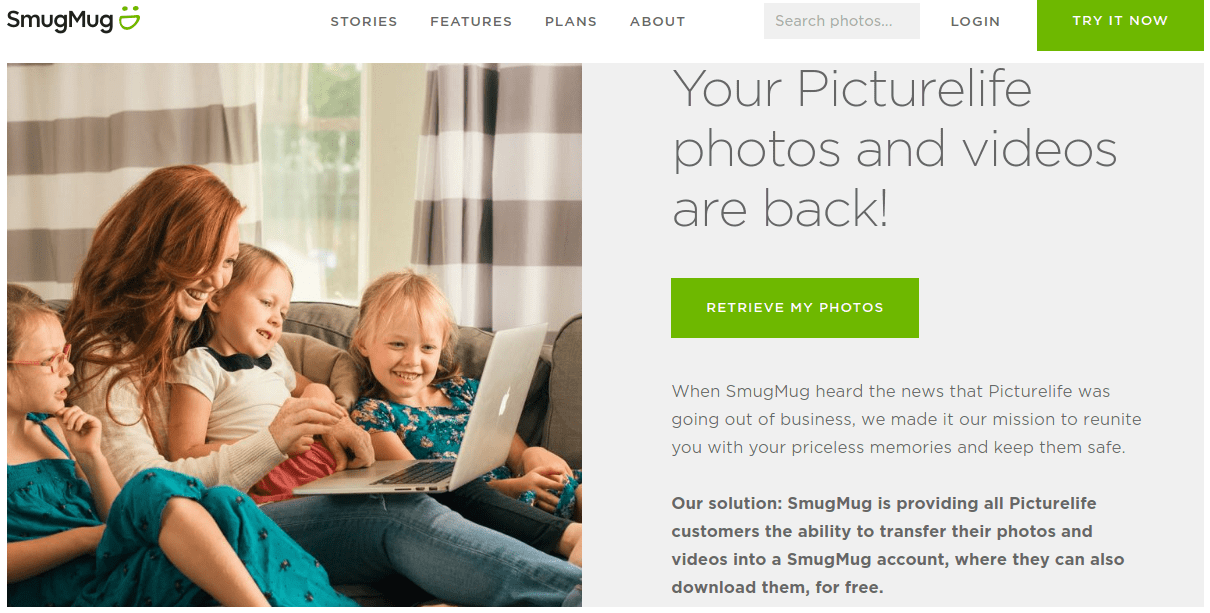 It could have unfolded much, much differently.

When Picturelife got on the rocks, they could’ve just folded. The company could’ve folded, and the founder could’ve ghosted.

Would you have grounds to sue? Sure. After all, you had signed up based on the broken promise that your photos would be safe and sound.

But what will that get you?

No amount of money from a bankrupt company will bring your priceless photos back. The losses are immeasurable.

As one Picturelife user interviewed by Reply All put it:

“What are the photos that I don’t even remember taking that are now gone?”

Who Should You Trust with Your Photos?

The point of this story isn’t to put the fear of God into you about the fallibility of cloud services.

Okay, I guess it is a little bit.

It doesn’t matter if it’s a small time player like Picturelife or a giant like Google Photos or Amazon Cloud or Dropbox. Things can go wrong. Sites get hacked. Data centers catch on fire. Services that used to be free change their terms or reduce their storage (I’m looking at you Microsoft “takesies backsies” OneDrive).

If you’re going to treat your digital hoard of photos like you do your house or your retirement savings or your car, it’s not enough to have a plan to keep it. You have to have insurance in case that plan goes wrong. Whether that means paying a third-party to protect it from loss or diversifying with a safety net, it behooves you to do something to take matters into your hands. Even in a case like Picturelife, where the founder put his own time and money into righting the wrong he had done, nobody cares more about your photos than you do.

This probably all seems obvious now as you’re reading this. But let me ask you:

Which two places do you have your photos backed up?

Do you use two different cloud services? Do they both use Amazon Web Services behind the scenes? For a time, Dropbox used Amazon’s servers to store your data, meaning backing something up to Dropbox and Amazon meant you were only backing it up to Amazon.

What would you do?

Seriously, I’d love to hear what your photo backup strategy is. Tell me how many photos you have and what you do to keep them all safe in the comments below.