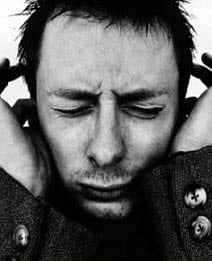 Thom Yorke, lead singer of Radiohead, has decided to go to Twitter, to launch a campaign against the popular streaming music service Spotify. He’s also removed solo projects in protest.

Thom Yorke, lead singer of Radiohead, has decided to go to Twitter, along with longtime producer Nigel Godrich, to criticize the popular streaming music service Spotify. The criticism came after removing his music from streaming services Spotify, Rdio, and Deezer.

The pair have removed a Thom Yorke solo album The Eraser, as well as the latest album from side project Atoms For Peace, that Godrich is a member of.

Yorke has criticized Spotify’s business model, saying that new artists on the service won’t get paid, while shareholders of the service will be “rolling in it.”

Make no mistake new artists you discover on #Spotify will no get paid. meanwhile shareholders will shortly being rolling in it. Simples.

In a number of tweets, Nigel Godrich says that streaming makes sense for large record companies or artists, with huge back catalogs, but that making records costs a lot of money and small labels and artists can’t survive in these conditions.

Meanwhile small labels and new artists can’t even keep their lights on. It’s just not right

The interesting thing is that Radiohead, a band Thom Yorke is the lead singer, and which could be qualified as one of the artists with a large back catalogue, and making good money from the service, is still on Spotify. This is why some have started calling Yorke a hypocrite. Removing your side project work is one thing, but removing the music gold mine is apparently another story. 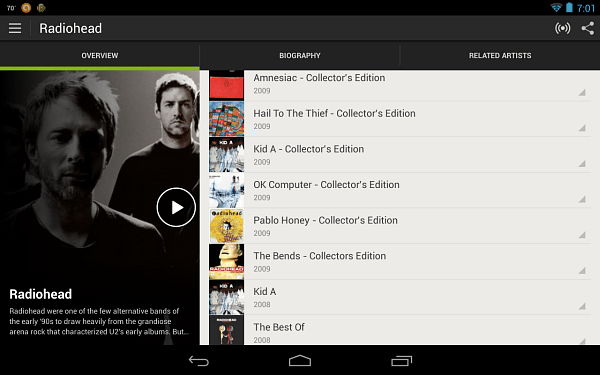 Also, others say that the whole “affordable music for everyone” trend has been started by Radiohead, when it has allowed fans to pay whatever they wanted to for its “In Rainbows” album. So, could we say that Thom Yorke is just reaping what he sowed? I’ll let you be the judge of that.

Spotify has answered by saying it has already paid $500 million to rightholders and the number is expected to reach $1 billion by the end of the year.

While it’s true that a business model based on micropayments for each stream, like the one Spotify uses, certainly favors major artists – I mean, it’s normal for Pink Floyd (a band that recently complained publicly about Pandora’s attempts to reduce royalties for digital plays), to get more plays than a band that has just put out its first record.

On the other hand, streaming services make it much easier for new bands to get to potential listeners. Much easier than hoping they’ll get noticed eventually and gain a following. A Twitter user has replied to Nigel Godrich, saying that he has discovered their music on Spotify, then went on to buy the album and merchandise. If he’s not the only one doing so, that would mean the artist is the one winning in the long run.

@nigelgod Really? Bad move. I fell in love with your album on Spotify, then later bought the album and merch.

I know a lot of people that like to listen to music online first but buy the album if they like what they hear, and will attend the artist’s concerts, too. The way we consume music has changed quite a bit from the days of the vinyl (which some of us, like the author of this piece, still adore) or CD, so artists have to adapt. I’m not saying it’s not a difficult position to be in, but, with more music streaming services, like Google Play Music All Access, available along with Spotify, MOG, Xbox Music, and several others, this is the future for music consumption.

A new band will certainly benefit from being on these services, even if not directly. However, the popularity it could gain by being there might mean more people at concerts, more invitations to play festivals, which is still money.

What do you think about the position the music business is currently in? How do you go about getting your music? Do you buy it after streaming it on Pandora, Spotify, or other services? Let everyone know in a comment!