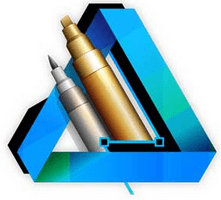 Well, there’s finally a viable alternative to Photoshop and Illustrator for those who don’t want to shell out the big bucks, or pay for a subscription.

Well, there’s finally a viable alternative to Photoshop and Illustrator for those who don’t want to shell out the big bucks, or pay for a stupid subscription.

Long ago, long before I was a blogger or an IT guy, I was a graphic designer. It’s what I went to school for. I enjoyed it, but it was pretty hard to find a job without moving far from my little hometown. That would have been fine, but I didn’t exactly have the money or the experience to get a job to make a living. It’s okay, because I found something I really like doing.

Still, I occasionally miss graphic design. Every so often, I will put together a simple design, or play with some photos. I no longer do it for a living. It’s just something I enjoy, or use for graphics as needed. 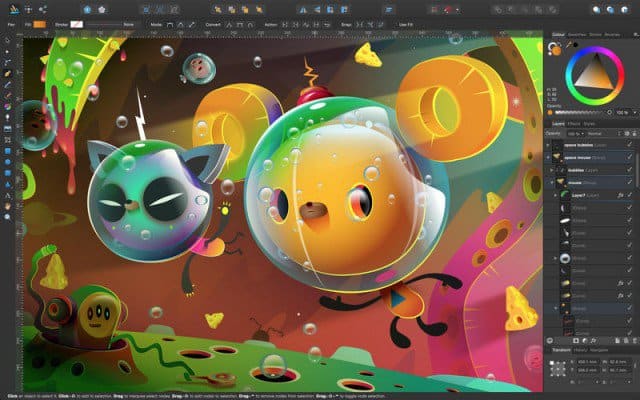 This is Serif’s answer to Adobe Illustrator. It enables users to create vector graphics much like they do in Adobe’s software. After playing around with a free trial (available here), I found that it’s similar enough to Illustrator to give most of us a more affordable alternative. While Designer’s toolset is its own, it does enough to keep itself familiar to those who only have experience with Illustrator or Freehand (and I’m sorry for anyone who ever had to use Freehand). 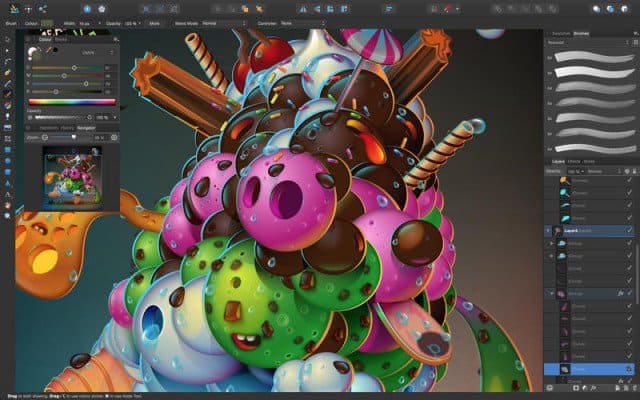 Someone out there, somewhere, may argue that this does not offer the options and tools that they need to replace Illustrator. They may be right, but I’m willing to show my support to a piece of software that makes itself more affordable, and is still growing. Illustrator and Photoshop weren’t anywhere near this great when they launched.

At $50 on the Mac App Store, it’s definitely worth the price of admission for those who need to do graphics work, but want to avoid the Creative Cloud.

Affinity Photo, if the name doesn’t give it away, is a stand-in for Photoshop. It’s not yet available for purchase, but the beta is a free download, and it’s pretty solid in my experience. The software makes it easy to make object selections, adjust colors and pretty much anything else a user would want to do with a photo.

One of the things I really like about Affinity Photo is that it’s a photo editor, and the developers know it. I hope they always remember that. The folks at Adobe forgot that a while back and tried to add features like 3D painting. I guess that’s okay, but the people I’ve talked to use specialized programs like Maxon or Zbrush for their 3D models.

Those wanting to try Affinity Photo can sign up here.

If you’re a graphics designer and need something that better suits your budget, they are both very worth checking out.