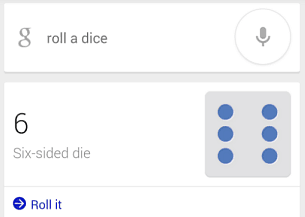 Google is full of cool tricks and its Google Doodles have become legendary. Here’s a couple of new tricks which include rolling dice and flipping a coin.

Google is full of cool tricks and its Google Doodles have become legendary. Here’s a look at a couple cool tricks you can do with Google which include rolling dice and flipping a coin.

We covered how to roll dice or flip a coin using Cortana on Windows Phone 8.1 (and rumored to be coming to Windows 10). But since the majority of the population has an iPhone or Android smartphone, you can now have a similar feature.

To get rolling, just enter: Roll the Dice, Roll Die, or roll a dice in the search box either by voice or typing it in. One caveat is you can’t roll multiple dice at once – like you can with Cortana.

To use the flip a coin feature enter: Flip a coin or Flip Coin – again either by voice or typing it in and you’ll either get heads or tails. 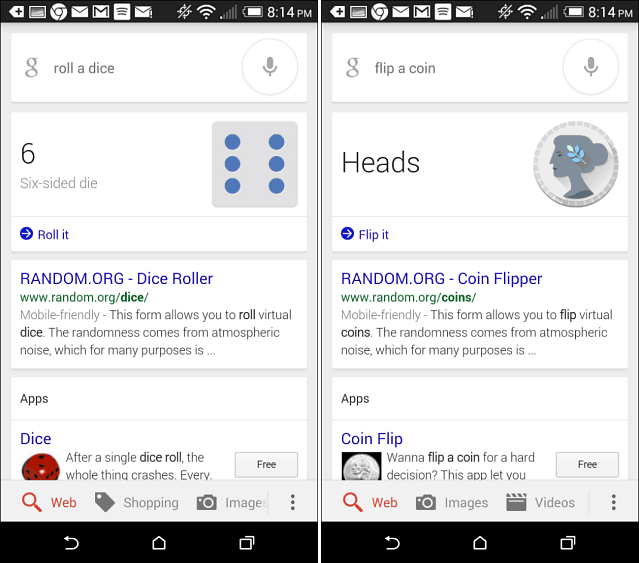 Personally I like the graphical representation of doing these tricks with Cortana as they look more realistic, but since most people have an iPhone or Android smartphone, it’s easy to do the same thing.

Of course you can also do this on your PC too, which might be handy while you’re in the office. 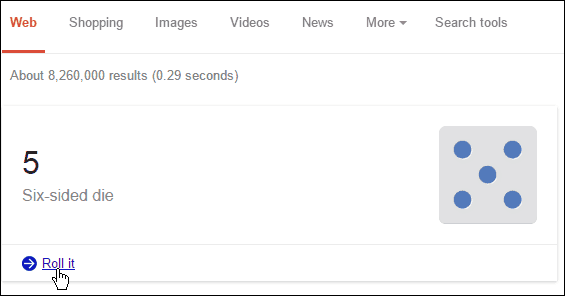