If you’re a cord cutter, the Summer Olympics aren’t available to you live online. But, here’s a list of apps for Android and iOS that will let you keep up with the games while on the go.

The opening ceremonies for the 2012 Summer Olympics start this Friday. If you’re a fan of the Summer Olympics, here’s some groovy ways to use tech to keep up with them no matter where you are.

Note: The Android and iOS apps shown are US Only. If you’re in another country, check out your app store for the same or comparable apps. For instance, in the UK you can get BBC Olympics and it’s not available in the US – unfortunately.

NBC is the official network for this year’s Summer Olympics and it’s going to stream 32 sporting events live. There’s a catch though. You have to have a Cable, Satellite or Telco subscription that includes MSNBC and CNBC. You will need to use your account number, username and password from your TV provider to log in. If you’re a “cord cutter” you’ll have to watch them over the air to see live.

Which isn’t groovy in my opinion, the NBC apps are free and pack a lot of ads in them, so, I don’t see why cord cutters like myself end up with a raw deal. 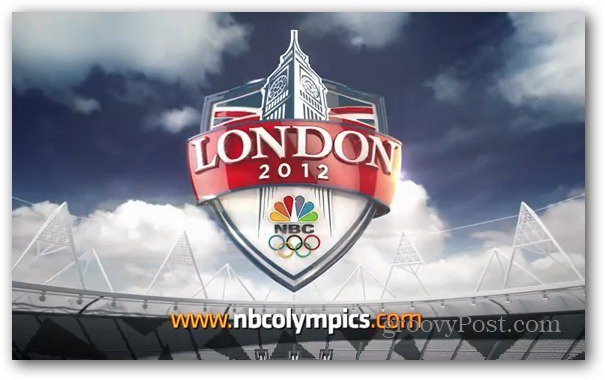 Since the Olympics are officially covered by NBC, a couple of mobile apps to check out are for NBC Olympic Coverage. Both of these give you in depth information on your favorite athletes and sports on the go. But, at the time of this writing, both apps were pretty sluggish and are free for a reason – lots of ads. 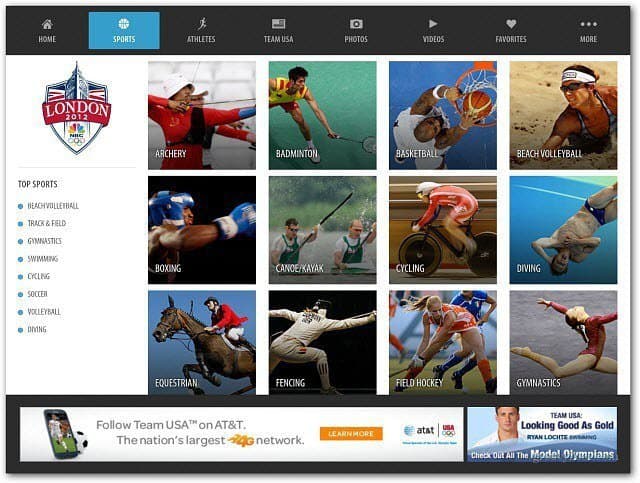 The Live Extra app gives you live streaming coverage of the games with alternate camera angles in HD quality. Again, you need to have a cable provider for it to work. Also, the Live Extra app only works in Portrait view, which might be annoying to iPad users. 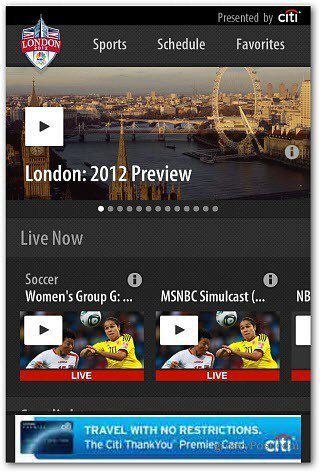 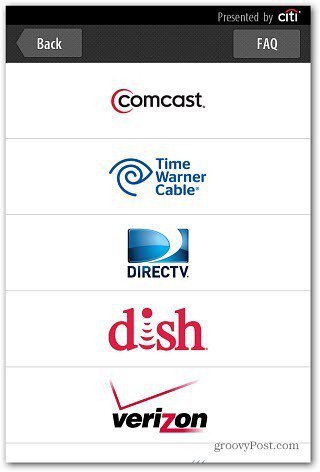 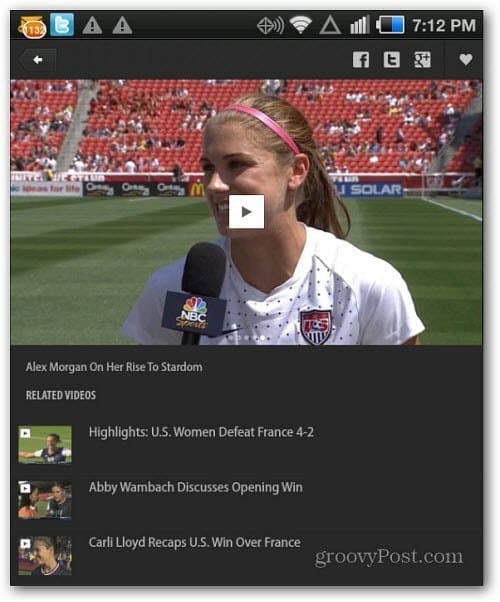 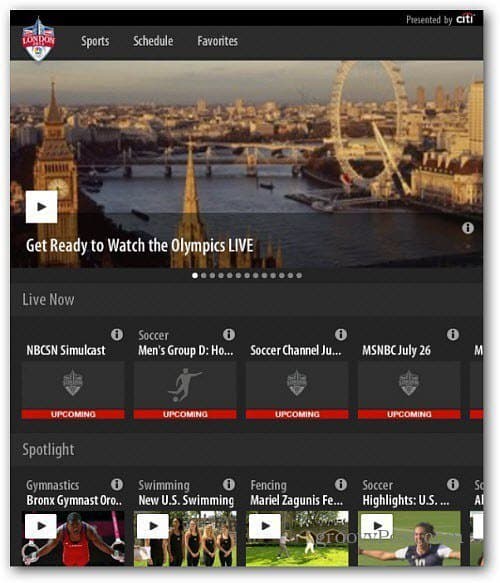 Another quality app for the Olympics to check out is from Reuters (iOS Only). It provides a plethora of articles and stunning images of the games. You can filter through by date, time and sport. 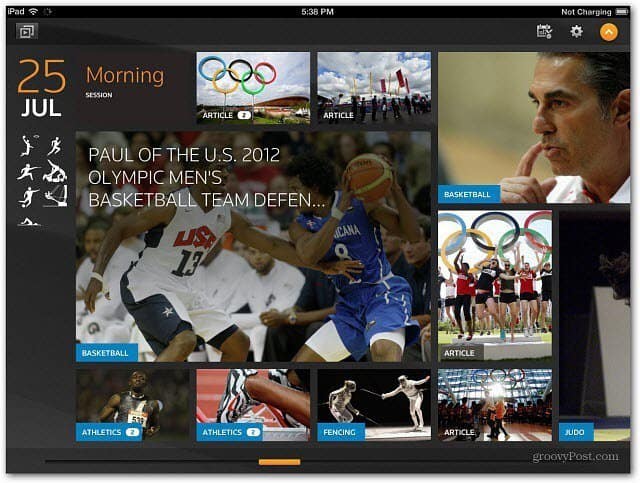 Another cool feature of the Reuters app is you can pick a sport, then start a Slideshow of images. They look extremely good on the new iPad with Retina Display. 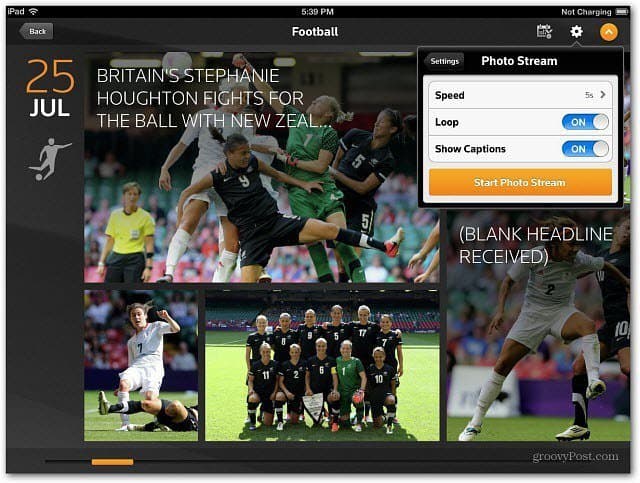 Each image is professionally shot and includes a caption in the lower corner. 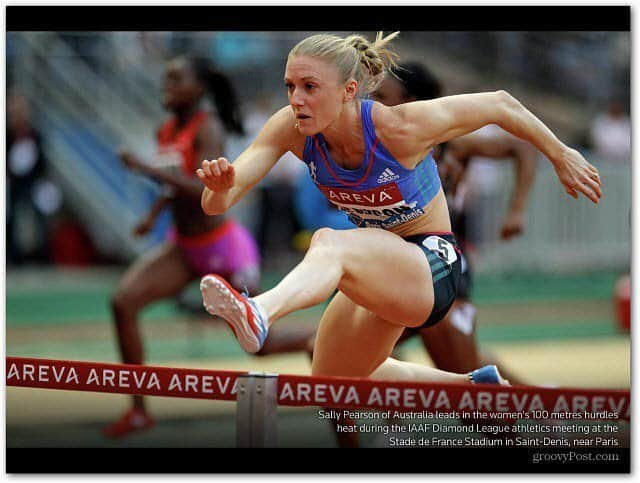 If you live in the US, there’s an app specifically for the team. Similar to the other apps, you can choose between sporting events, read articles and get detailed information about your favorite athletes. It also included posts of Twitter and Facebook from members of the team as well. 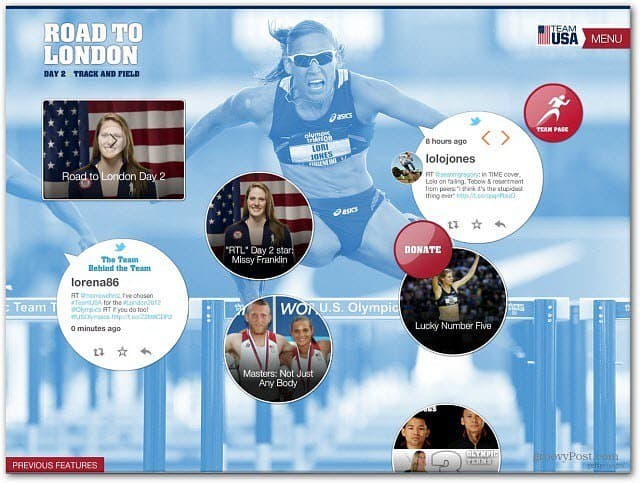 A fun app that lets you engage with the games via social networking is PlayUp. It gives you real-time updates and lets sports fans and gamers engage with others internationally. The following is from the company’s press release.

While all events hosted in PlayUp are accessible to users internationally, Version 3.1 offers targeted sports feeds by geographic location, so the most regionally relevant content is brought to the forefront when a user launches the app – while still being able to access information from various sports across the 194 countries featured in the app. 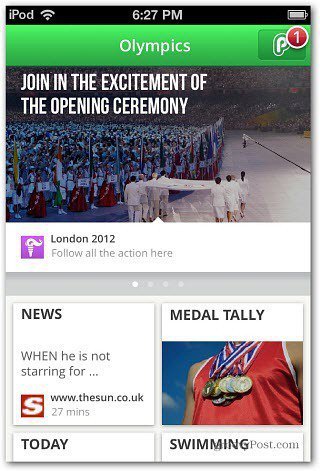 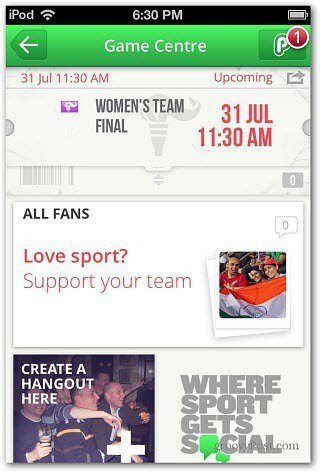 What would the Olympic Games be without an official game? The London 2012 video game lets you compete in nine different events online with other players. The game is free, but you’ll need to do in-app purchases for increased character skills and capabilities. 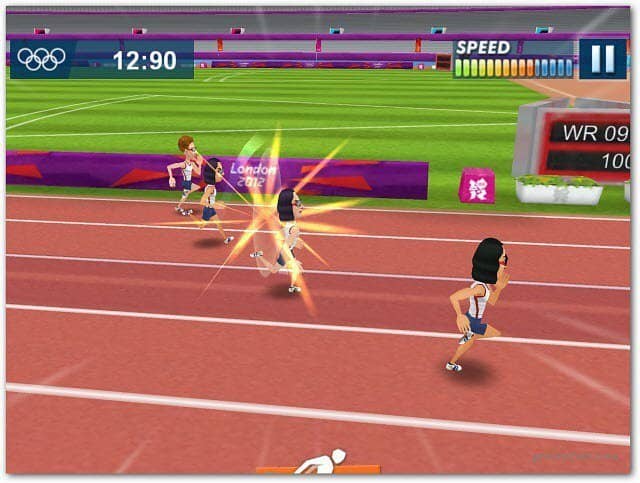 These are just a few of the many apps available for keeping up with the Olympics this year. Have you found one on this list I didn’t cover? Leave a comment and tell us about it.