British Olympic athletes have been warned against wearing…

Believe it or not, officials have reminded the British Olympic Team to stop wearing Beats by Dr. Dre headphones and to switch to products by the Olympics corporate partner Panasonic. 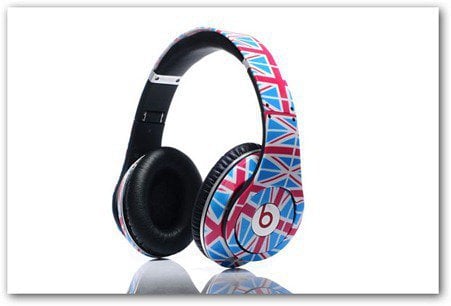 It sounds stupid because, yeah it is. This incredible breach of the rules started when several members of the team began wearing a special UK edition of Beats by Dr. Dre headphones (pictured above), gifted to them by the company in an ambush marketing campaign. Some of the Olympic team members decided to Tweet their love of the products, including football goal-keeper Jack Butland. Others wore them before competing.

Well, Olympic officials didn’t react too well to the impromptu campaign and promptly told the athletes to stop wearing them and start wearing Panasonic headphones. Panasonic is an official sponsor of the 2012 Olympics.

Oh, and the Tweets have disappeared, too…

The reason is “the importance of protecting our corporate partners”, as a spokesperson for the British Olympic Committee has put it, quoted by Pocket-lint.

Now, if you think the British Olympic Committee is being overzealous, think again. It all comes from Rule 40 of the Olympic charter, which clearly states that athletes are forbidden to endorse commercial backers during the Olympic Games. A rule which I totally understand (I mean, sponsors pay a ton of money to be there), but I think is over-applied in this case.