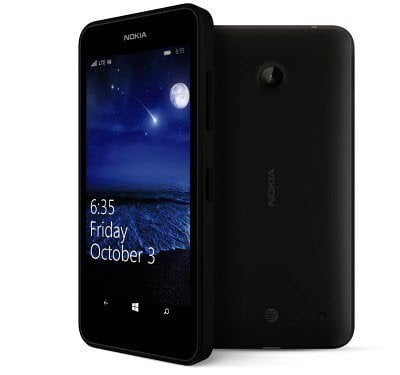 Nokia recently released it’s Lumia 635 Windows Phone which comes with Windows Phone 8.1 preinstalled as well as Nokia’s latest firmware version Lumia Cyan. I got mine about a week ago and thought I would share my thoughts and first impressions on the $99 smartphone.

I will just come out and say it. I love these Nokia prepaid Windows phones…they’re easily affordable, and while considered “entry level,” these phones do give you a lot of bang for your buck. Last year I shared my thoughts on the Nokia Lumia 520 as a Zune on Steroids, and  now I upgraded to the Lumia 635 which has a more powerful processor, larger screen, and yes, it has 4G LTE connectivity in the US.

Here’s a look at the phone’s specs and my take on them:

The glaring missing features from this phone are a front-facing camera, a quality rear camera, a stellar display, and enough local storage space. But you can’t complain too much about that since it’s only $99 off contract.

Below is a picture of both phones next to each other, the Lumia 520 is on the left and the 635 on the right. You can see the 635 is larger (obviously), the navigation keys: back, search, and Windows buttons are onscreen now — not the hardware buttons like the 520. Another difference is the Lumia 520 had a dedicated physical camera button which allows you to bring up the camera easily and take a shot. 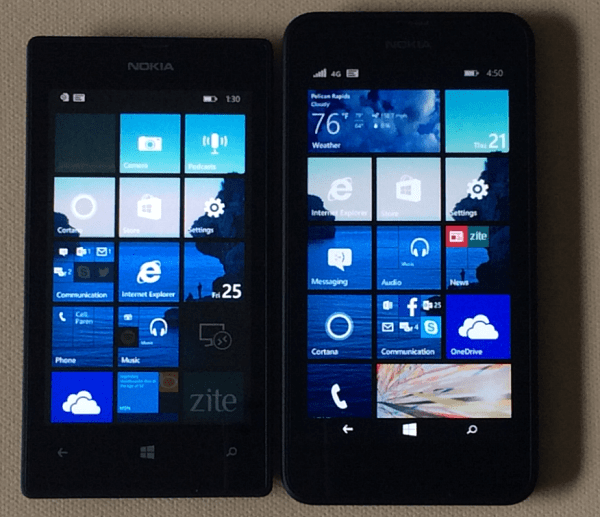 The physical hardware camera button is no longer on the Nokia Lumia 635. Apparently some users aren’t happy about that, but personally, I won’t miss it as I rarely take pictures with my phone, and the button seemed to get in my way, too.

If you’re already own a Lumia 520, setting up the 635 is a piece of cake. All you need to do is transfer your existing SIM and SD card to the new phone, and then sign in with your Microsoft account.

The Nokia Lumia 635 has a lot more zip to it than the 520 which you would expect since the 635 has a quad-core processor and Windows Phone 8.1 preinstalled. You will need to download and install the most recent Windows Phone 8.1 update 1 though. And that’s easy if you’re part of the Preview for Developers program. I recommend any Windows Phone enthusiast to sign up for that program, too. It’s free and allows you to get the most recent phone updates long before carriers roll them out.

For more on the program, read my article on how to sign up for the Windows Phone Preview for Developers program.

The Nokia Lumia 635 is only $99 on AT&T without a contract – only a hundred bucks and you own it!

I have always been a prepaid phone user as I think contracts are a complete rip off. The prepaid AT&T plan I have only costs $35/month. Sure, I don’t get a lot of data use for that, but I do get unlimited texts and calls. Also, I use it on Wi-Fi 85% of the time anyway, so it works in my situation. But everyone is different and AT&T has other plans that can accommodate anyone – same goes for T-Mobile.

If you haven’t considered going prepaid before, check out our article on how much money you can save going prepaid. Below is a chart from that article which gives you an idea of the savings you can expect. 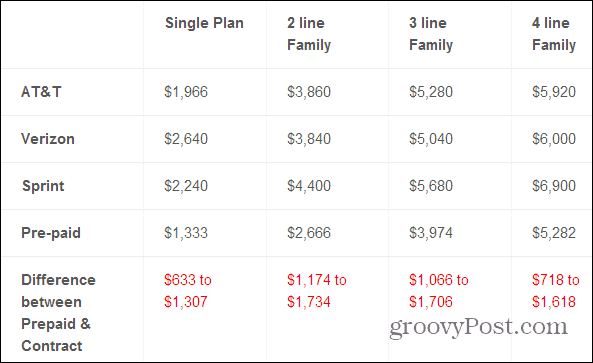 If you already have a high-end Android or iPhone and are curious about Windows Phone, need a spare phone, a media player on steroids, or are simply on a budget, I can’t think of a reason not to pick one up. And who knows, you might like the Windows Phone OS enough that your next high-end phone will be a Nokia 1520 or recently announced HTC One (M8) for Windows.