Mixer provides similar features to Twitch, and it’s understandably hard to distinguish its difference. But which one is best? We take a look.

If you’re familiar with streaming, you’re bound to know what Twitch is. However, you may not have heard of the service called Mixer. Mixer provides similar features to Twitch, and it’s understandably hard to distinguish its difference from Twitch. In this article, we’re going to cover a few basic features that differ between Mixer and Twitch. By the end of this article, I’ll give you my personal opinion on which I prefer. So, if you want to understand what’s so different between the two, follow me as I attempt to uncover the answer.

This is going to be a comparison from a watcher’s perspective. I’m going to be covering which streaming platform I enjoy using, and why I believe one is better than the other

Twitch was founded by Justin Kan and Emmit Shear 8 years ago (June 6, 2011). The streaming platform is currently owned and run by Amazon. Twitch is currently averaging 2.2 million viewers, with an average of 95 thousand channels. Currently, Twitch has a total of 1.8 billion hours watched and 7.4 million total streamers. More stats and info on Twitch can be found here.

Mixer was founded by Matthew Salsamendi and James Boehm and launched 4 years ago (January 5, 2016). This streaming service is currently owned and run by Microsoft. At the time of writing this currently, there are 22 thousand streams with 57 thousand viewers. Mixer has a total of 357 million hours of watch time. More stats and information on Mixer can be found here. 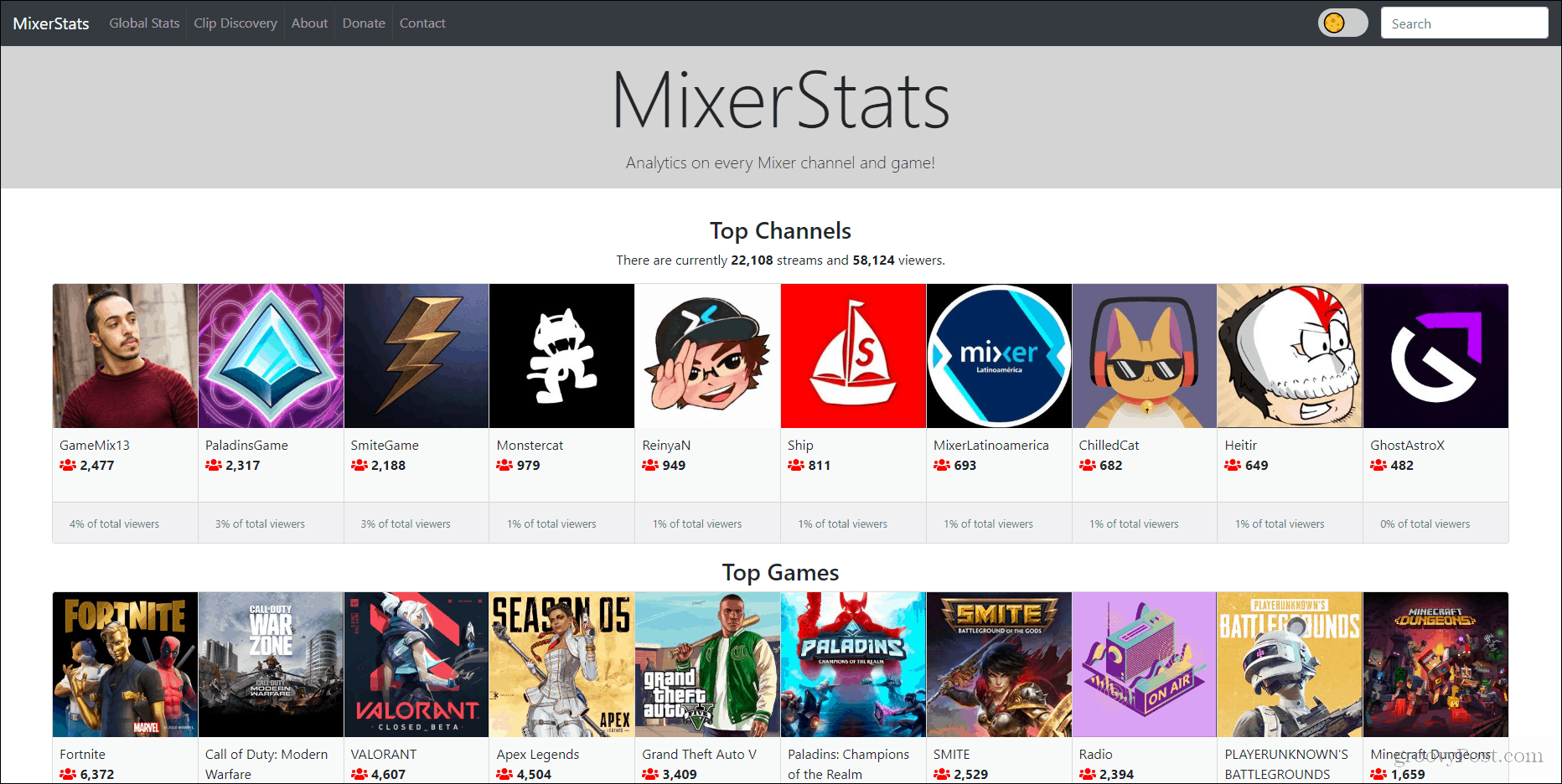 Let’s start with the most obvious similarity first, they’re both streaming platforms. However, both of these platforms are pretty similar in the content they frequently stream. Gaming is the most common stream subject you’ll see on both these platforms.

Generally, the streams are set up pretty similarly. The stream is in the middle of the screen with the stream chat along the right side. There’s a follow and subscribe option with both streams, as well as a similar type of currency on both (Twitch having bits, Mixer having Sparks).

Overall both of these platforms have a very similar feel and layout. They also have mostly the same content. With this in mind, it makes sense that there’s a conflict between which platform should be used more often, or rather which platform is better. In the next section, I’ll cover the differences between these two platforms.

One large difference I noticed while using Mixer was the activities the streams provide. On Mixer, the streams are much more interactive than on Twitch. Twitch is mainly about watching the stream and doesn’t really provide any built-in interactive features, while Mixer advertises itself as an interactive streaming platform. 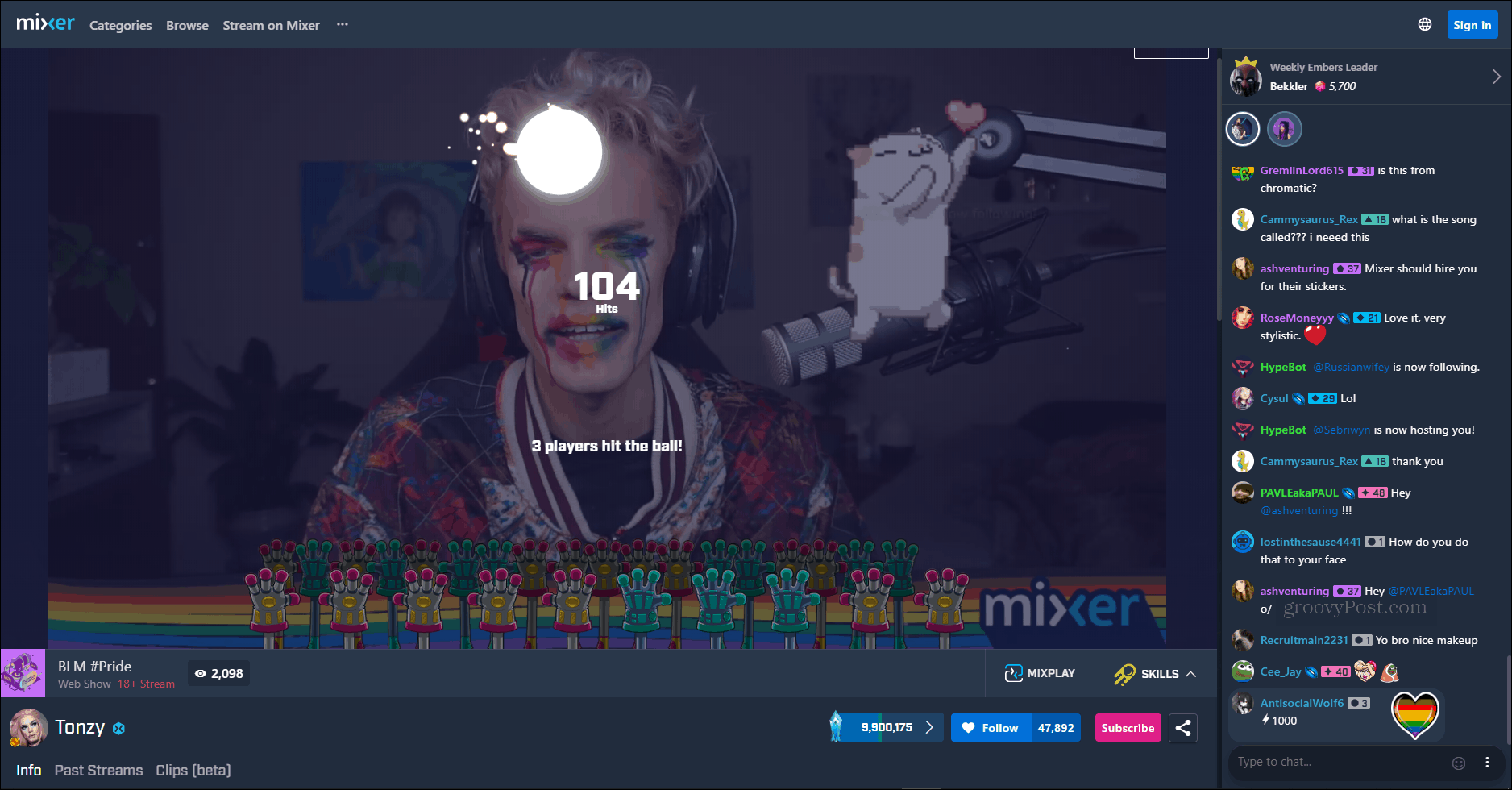 Here’s an example of a game that Mixer provided on a stream.

Another large difference I noticed immediately was the amount of options Mixer provided versus Twitch. Twitch feels much more expansive and in-depth compared to Mixer. Mixer feels much more minimal when compared to Twitch. This difference can be good or bad depending on perspective, however, I personally prefer the feel Twitch has over Mixer. 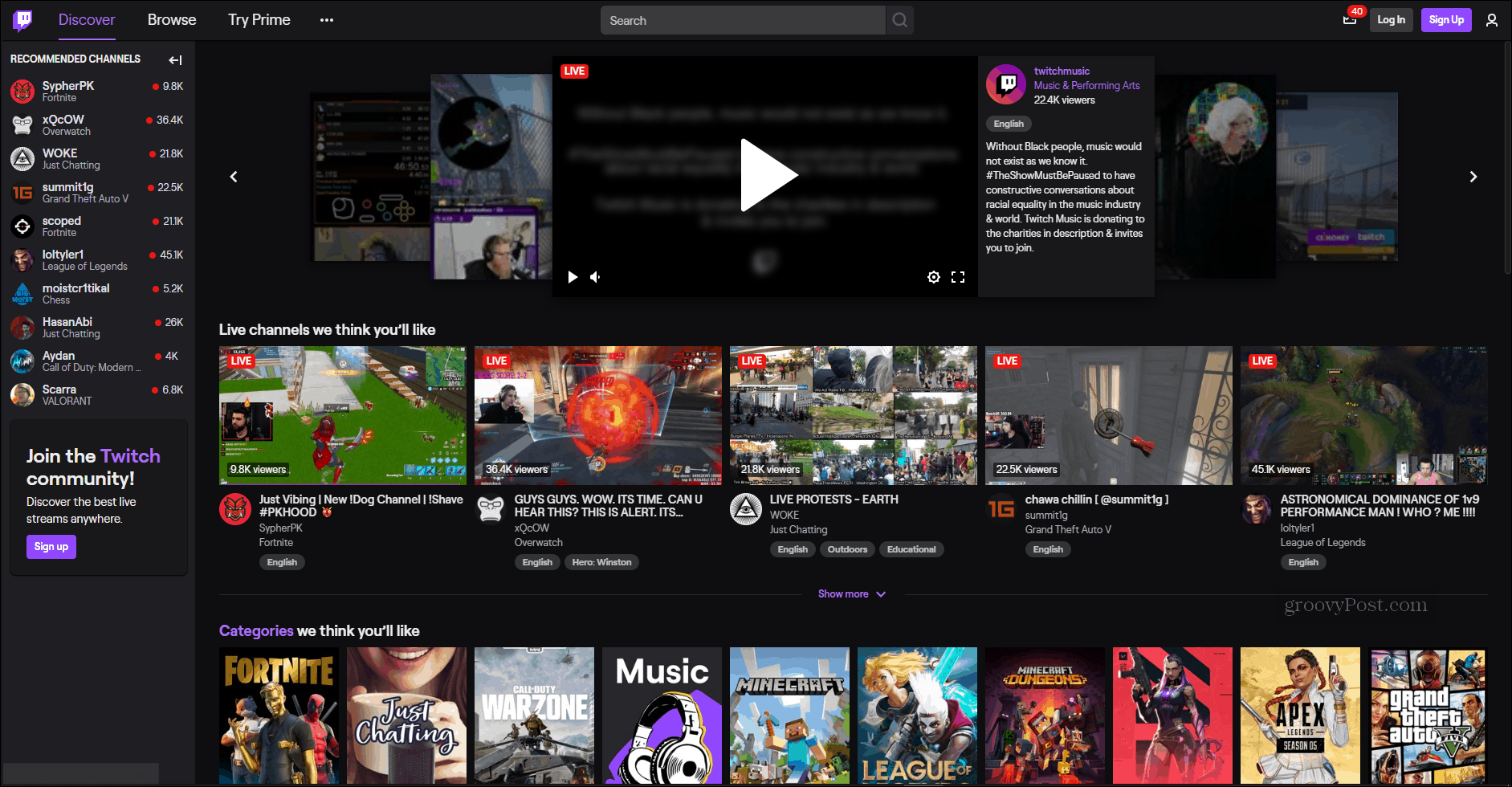 Here we see Twitch’s landing page. To the left is a list of recommended channels. On the main section of the page, at the top are featured streams (multiple rather than one). Below are recommended live channels, and right below that, they show multiple different categories. 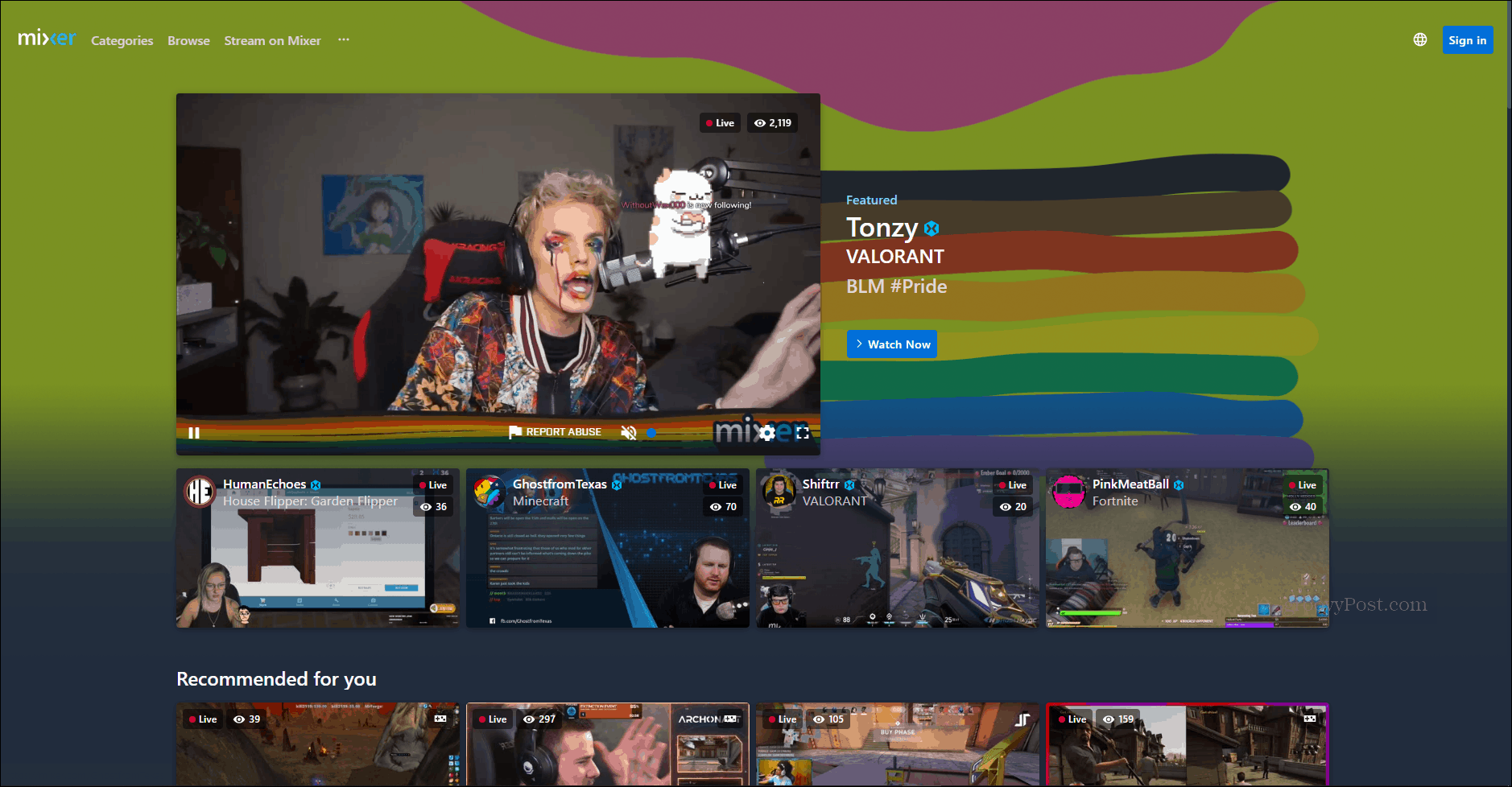 Here we see the landing page of Mixer. right away you can see how much more minimal this page is. All that is seen initially is a single featured stream, with other featured streams below that. Below the featured streams are recommended streams. If you scroll down further you’ll see different categories listed, with a list of different streamers as well. Rather than having a lot of information given to you at once, Mixer tries to provide a more minimal experience compared to Twitch.

So, which one do I like better? Which one would I recommend? In all honesty, I feel like it depends on what you’re looking for. If you’re a hardcore gamer that wants to take part in a large community that’s been in the making for 8 years, I’d say use Twitch. If you just want to watch streams and not really involve yourself in the complexities Twitch provides, just use Mixer.

Mixer has much less of a foundation in the gaming community compared to Twitch. Twitch is a well-known name among gamers, while Mixer is something a lot of gamers probably don’t know about. It all depends on what you’re looking for. Do you want something more complex and developed, like Twitch, or something simple and minimal with little foundation, like Mixer?

Personally, I prefer Twitch over Mixer. After browsing around Mixer, I just don’t feel as comfortable using it. The simplistic style of Mixer is just something I don’t enjoy. I like that Twitch makes it feel easier to find specific topics, where Mixer feels like it’s just a matter of trying out different streams. It’s all up to personal preference, however. My final opinion on the matter? Try them both out and see which you enjoy the most!