Whether you use an advanced tracker like an Apple Watch or even a basic Fitbit, you’ll see a vast difference in the results. Accuracy isn’t important if you’re trying to lose weight or live better.

I got a Fitbit when they first came on the market. After trying it, I was hooked. I focused on maintaining weight loss. A pedometer seemed so 20th century to me. I liked the fact I could see my steps on my wrist. I didn’t need something bulky on my waist. Even before the Fitbit, I started tracking my sleep in 2011. 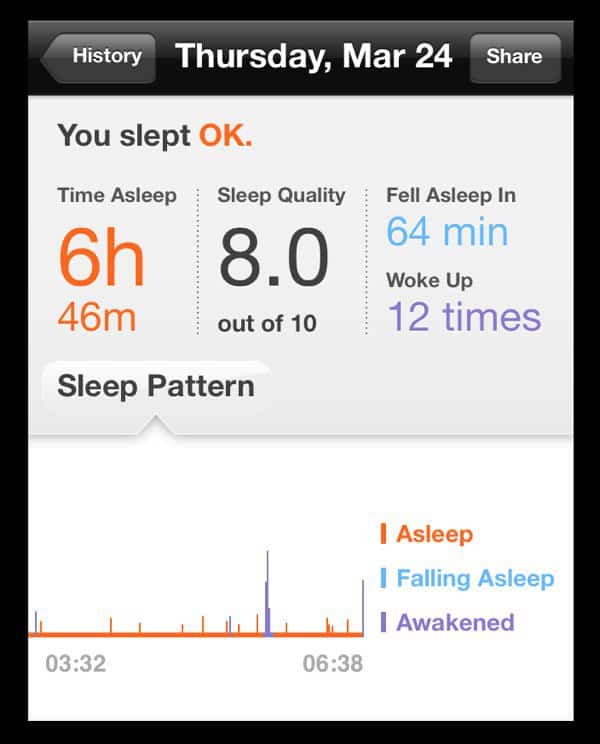 I still use my Lark on most nights. I didn’t sleep very well this night.

Yes, They Are Inaccurate

When I tested fitness and sleep trackers, the results were wholly inconsistent. When I compare sleep, steps, and heart rate, I’ve recorded differences of as much as 50%. That’s one reason people are suing Fitbit due to heart rate inaccuracy.

Each of these devices uses a different (and often proprietary) algorithm for tracking your fitness. The measurements also depend on where and how you wear the device. For example, when I had a Fitbit and a Jawbone, both devices wouldn’t accurately measure my movements on an elliptical. I’d put them in my sock, and they’d work much better. That makes sense since your wrist doesn’t move much on an elliptical. My Apple Watch does the best job tracking movements on the elliptical. That’s partially because I tell it what exercise I’m doing, so it knows how to track it.

The sleep apps and devices I tried have a similar problem. The readings would have been more accurate and consistent if I had told them when I was going to sleep. Devices that measure brain waves work best, but those that measure movement do a reasonable job. They often mess up if I watch TV in bed or read a book. It thinks that lack of activity is me sleeping instead of just relaxing. I never compared my results on a sleep tracker with what I’d get from a sleep lab, but I don’t need to.

These devices aren’t designed to substitute medical devices. They are for consumer home use, in much the same way Google doesn’t replace your need for an MD. They are designed to help you understand yourself a little better. I think it’s great that an Apple Watch is saving lives, but Apple didn’t design it for that. If you want an accurate heart rate, get a heart monitor.

The Zeo personal sleep coach was very accurate because it measured brain waves. It was very expensive and couldn’t compete with the cheaper consumer devices. It didn’t need to because not everyone needed a sleep lab experience. The focus of these personal trackers is trends and large fluctuations in data. When I track my steps, I’m not looking for an accurate number, just one that is consistent. If my Garmin Vivofit says 8,000 steps and my Apple Watch says 10,000, I’m not worried. I want to make sure that whatever goal I set, I meet or exceed it. How that goal relates to my actual step count isn’t important.

When I track my sleep, I have a rough idea of when I fell asleep. I may not know how deep that sleep was. When I track my sleep, I’m looking for that big trend. How many times did I get up that night? Did that late coffee affect my sleep, or was it the lack of working out that day? I know the actual amount of sleep and how deep that sleep can’t compare to a sleep lab setting. I don’t need to waste money on that to improve my behavior. 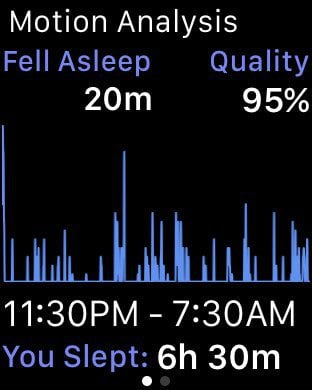 Know Yourself To Overcome the Inaccuracy

No matter how you track it, the fact you’re tracking your body will help you with your goals. As I mentioned before, the secret is not to stress too much about it. Your tracker should ultimately teach you how to read your body better.
For example, does your tracker reflect that change when you try a new exercise routine, and you’re exhausted? Did you burn more calories or have more steps that day? With my sleep tracker, I always ask myself how I slept and then look at the tracker. When I’m feeling tired or run down during the day, I ask myself why? I then look at my data to see what’s up. It’s possible I got up earlier than usual or missed my morning coffee.