Meet the Belarc Advisor – your new best friend. Belarc is an excellent free system profiling and security scanning tool for Windows. I’ve used it on my systems for years. 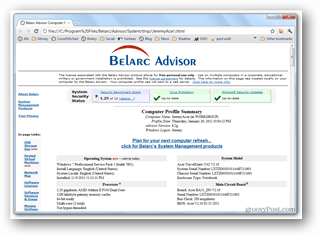 Belarc doesn’t update programs automatically like Secunia PSI that I told you about recently. Actually, the two make a great team! No, Belarc does a wonderful job at telling you, in great detail, about the Windows Updates you’re missing. 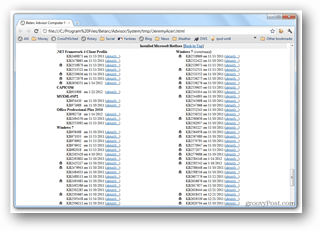 It also does a fine job at telling you what software is installed on the computer and the version. Further, it makes recommendations as to how you can better secure your system, such as disabling the guest account. Not bad for a free tool eh?

It’s not nearly as rugged a tool as something like nMap, and most of the security suggestions are basic, but they’re certainly unexpected on a free tool like this. 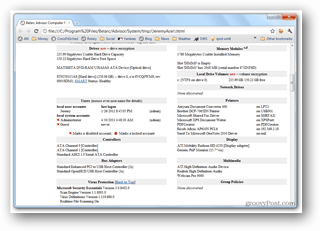