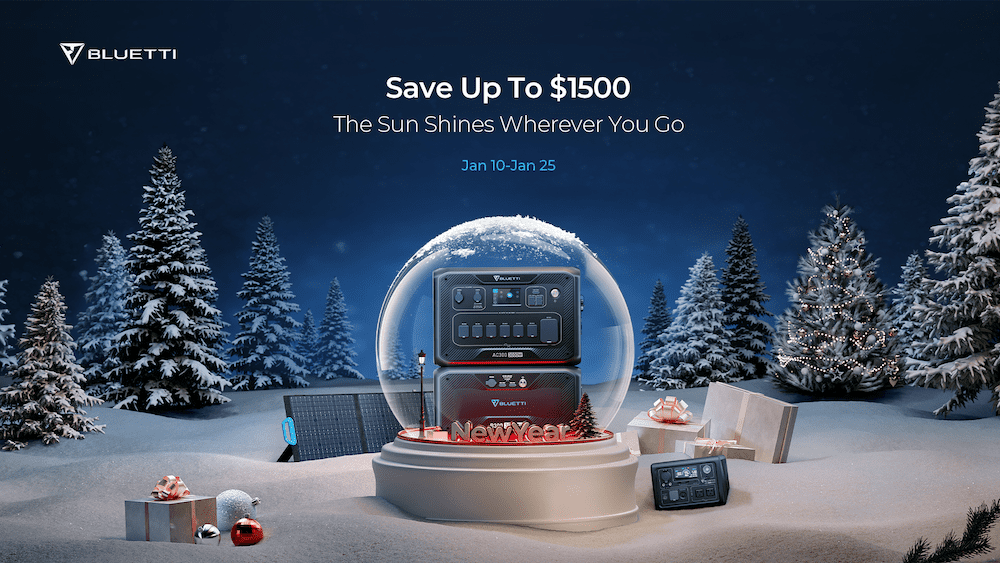 Are you ready to become a BLUETTI hero? Take advantage of its New Year sale and apply to star in your own documentary.

If you’re suffering from the winter blues, BLUETTI is here to help. The well-known solar generator brand is running a promotion you won’t want to miss. From January 10th to 25th, 2023, BLUETTI’s “The Sun Shines Wherever You Go” promotion offers large discounts on a wide range of products, including its new portable solar panels, the PV420, and the PV68.

Not only that, but BLUETTI is also on the hunt for around 15 “BLUETTI Heroes” from around the world to become brand ambassadors and star in their very own documentary.

Are You a BLUETTI Hero? 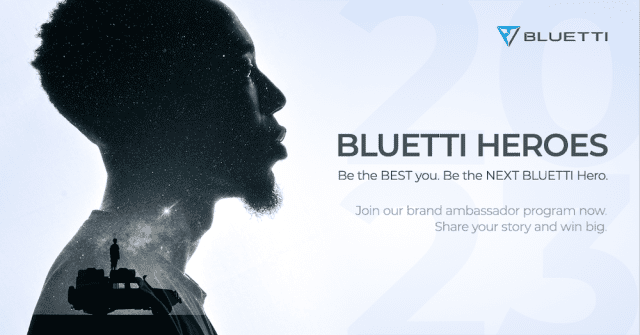 This year, BLUETTI is launching the “BLUETTI Heroes” program to encourage its global users to share their experiences of using its wide range of BLUETTI products. Anyone can apply to be a BLUETTI Hero; out of all the applications, around 15 people will be selected to appear in the documentary. Not only will you be able to share your BLUETTI experience with the world, but the selected applicants will also be able to choose any BLUETTI products worth up to $1,000.

Four BLUETTI Heroes from around the globe have already shared their experiences on the BLUETTI YouTube account, using BLUETTI solar generators and panels on road trips, as backup power in case of emergencies, or even living completely off-grid. More BLUETTI Hero stories are in the pipeline and will be hitting your screens soon. If you have a story about your experience with BLUETTI products, sign up to join the program at https://www.bluettipower.com/pages/bluetti-heroes. 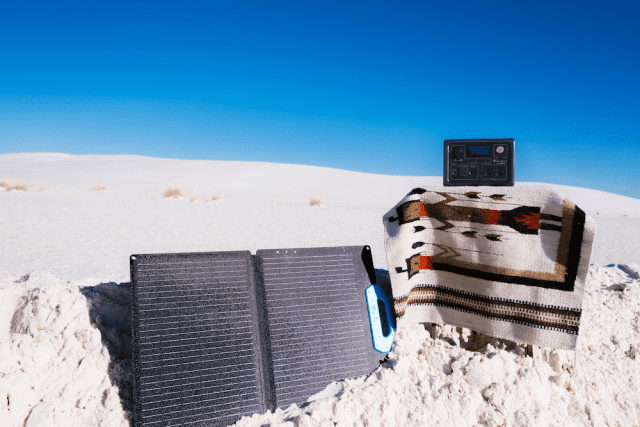 The portable BLUETTI PV68 and the powerful BLUETTI PV420 are new products to the line-up. Both products use monocrystalline silicon coated with ETFE for a longer lifespan and over 23% conversion efficiency.

The PV68 weighs in at just 3.4kg, making it incredibly portable, but it’s still capable of producing 68W in sunlight. Combined with a small generator such as the EB3A, you can take your entire solar generation system almost anywhere, making it ideal for outdoor activities. You can get the EB3A+PV68 bundle for just $299 in the sale, saving you $299.

The PV420 produces 420W, enough to fill up your generator in no time. At 14kg, it’s heavier than the PV68 but still compact enough to fit in the truck alongside the popular AC200P Portable Power Station. This bundle is available for just $2,298 in the sale, saving you $500. 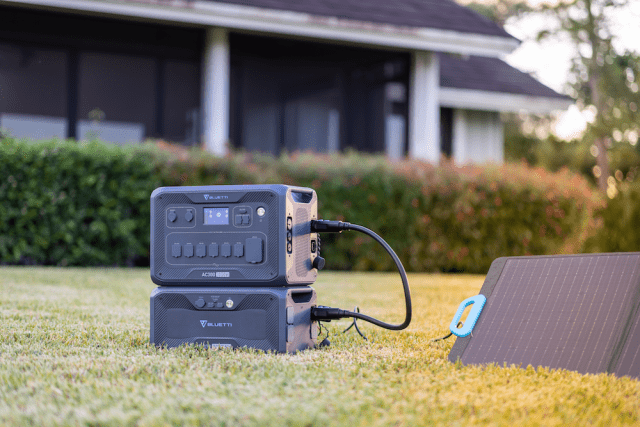 The AC300+B300 combo provides the perfect way to build anything from a portable power station to a whole house power system. That’s because of the modular and stackable approach that allows you to add up to four B300 modules for a staggering 12,288Wh capacity.

With up to 3,000W continuous output and a 6,000W surge capability, you can easily power all of your home appliances. Two MPPT controllers allow you to use two different solar arrays with up to 2,400W of solar input. Combine this will a wall adapter, and the recharging rate can reach 5,400W. 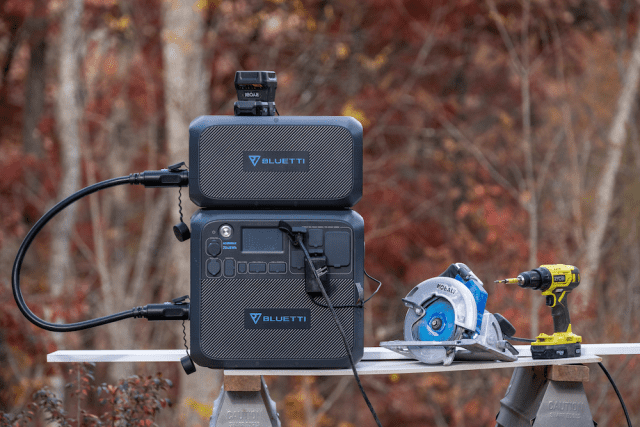 Building on the success of the popular AC200P, the BLUETTI AC200MAX has a 2,048Wh capacity. Combine with two B230 battery modules, and that capacity increases to 6,144Wh. With two B300s, it can rise even higher to 8,192Wh. It can deliver 2,200W with 14 outlets to ensure you can power as many devices as you might need. There are even two 15W wireless charging pads on the top, so you can top up your phone by laying it on the power station.

You can charge in seven different ways, including a 500W adapter and a 900W solar panel. For even more power, use dual solar and AC charging to boost things up to 1400W. 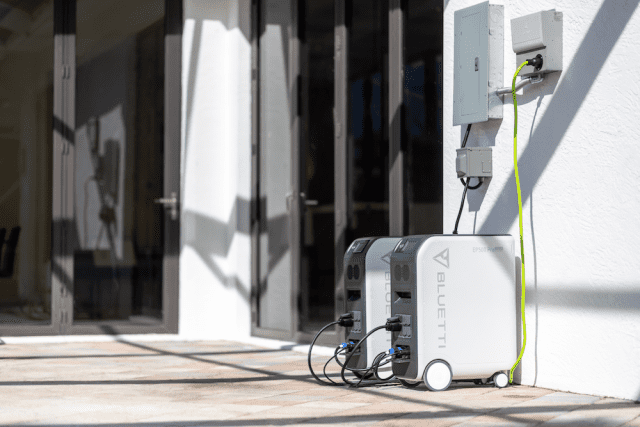 If you’re looking for something to power your entire home in the case of an emergency, then the BLUETTI EP500 could be just what you need. It provides a 5,100Wh capacity and a 2,000W inverter, making it perfect for any situation where you need to power multiple appliances. Whether that’s in your home, your RV, or your boat, the four solid and smooth wheels mean you’ll never have any difficulty moving your power station around.

The large battery can be topped up using one of several charging methods. You can also combine solar and AC charging up to 1800W, which will recharge the EP500 in only 3.3 hours. The EP500 provides seamless UPS backup, ensuring that if the electrical grid goes down, your power station will automatically kick in to provide energy for your essential appliances. You can control your EP500 using the app remote control or with a smart touchscreen.

If you’re a regular visitor to groovyPost, you’ll know we’re big fans of BLUETTI and have a long-standing partnership. Don’t just take our word for it; BLUETTI is trusted by millions of customers in more than 70 countries around the world.

From the outset, BLUETTI has always believed in a sustainable future built on high-quality green energy storage solutions. The company prides itself on delivering a high-quality eco-friendly experience for its customers. To learn more, be sure to visit the BLUETTI site.