BLUETTI solar generators and solar panels are on sale just in time for summer. Take a look at all of these awesome deals which start June 5th.

It’s that time of year when the beaches are warm, the trails are clear, and the BBQ season is in high gear. Just in time for summertime, BLUETTI solar generators and solar panels are available at huge discounts as part of a special summer sale starting Saturday, June 5th, 2021. But like summer itself, these deals won’t last forever, so it’s time to check them out now.

The long hot days of summer aren’t just made for off-grid excursions. It’s also when rolling power outages occur. In both cases, you’re going to want solutions to keep your food fresh, air conditioners moving, and gadgets full of power. Moments like these were made for portable BLUETTI solar generators. These are perfect for covering your power needs inside and out, whether during times of fun or emergency.

Best of all, these are green solutions with zero emissions and are fully chargeable by solar when there’s sunlight. BLUETTI’s lineup of generators takes advantage of the rapid development of solar energy storage in recent years and Li-ion battery power that makes it possible. BLUETTI is now offering huge the largest discounts ever for their solar generators portfolio. 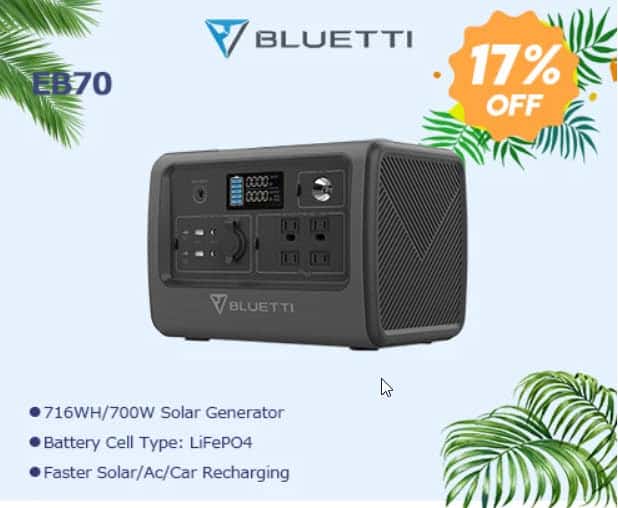 First introduced this spring, the BLUETTI EB70 offers 700 watts of power in the palm of your hand. With 97% of early buyers giving it 4 stars or higher, the impressive portable power station sold out when it was first released. Not anymore. The item is back in stock, on sale, and ready to ship from BLUETTI’s warehouses in California.

Small enough to get carried with one hand, the EB70 can provide days of power for your portable fridge or on the road or power fan running for several hours. It ships with four continuous 700W AC outlets with peak power up to 1400W. The EB70 also includes two 100-watt USB-C PD3.0 ports for supported devices such as laptops. 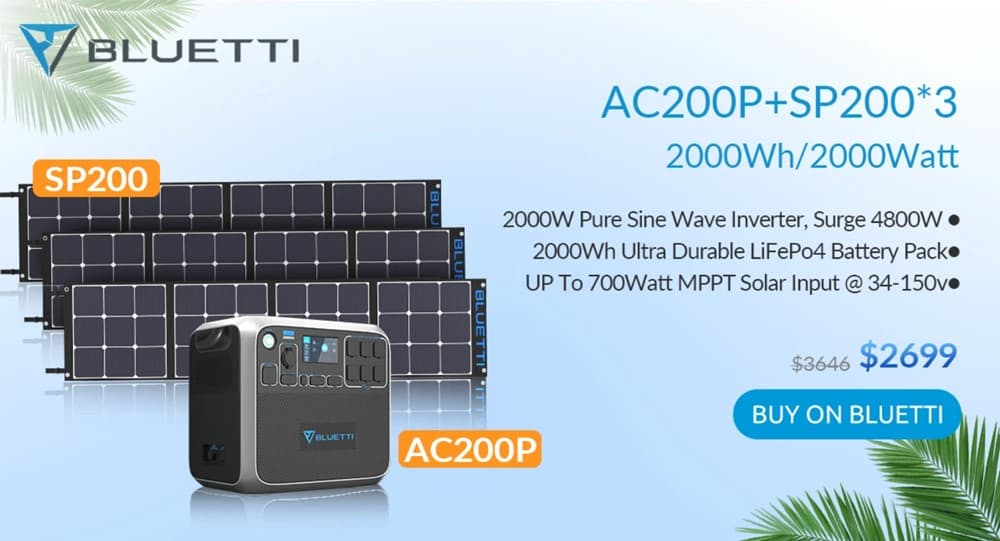 The world’s most versatile portable power station, the BLUETTI AC200P arrived in July 2020 as part of a staggering $6.7 million crowdfunding campaign. Packed with 2000 watts of continuous AC pure-sine wave power, the AC200P features 17 output ports to meet your various charging needs and is competitively priced for its class. With a special bundle, you can save even more cash.

BLUETTI is offering the AC2ooP for $1,599. For a limited time, you can get $947 USD off when you purchase the solar generator with three SP200 solar panels, which gives you up to 600W of clean solar power to keep your AC200P topped off! 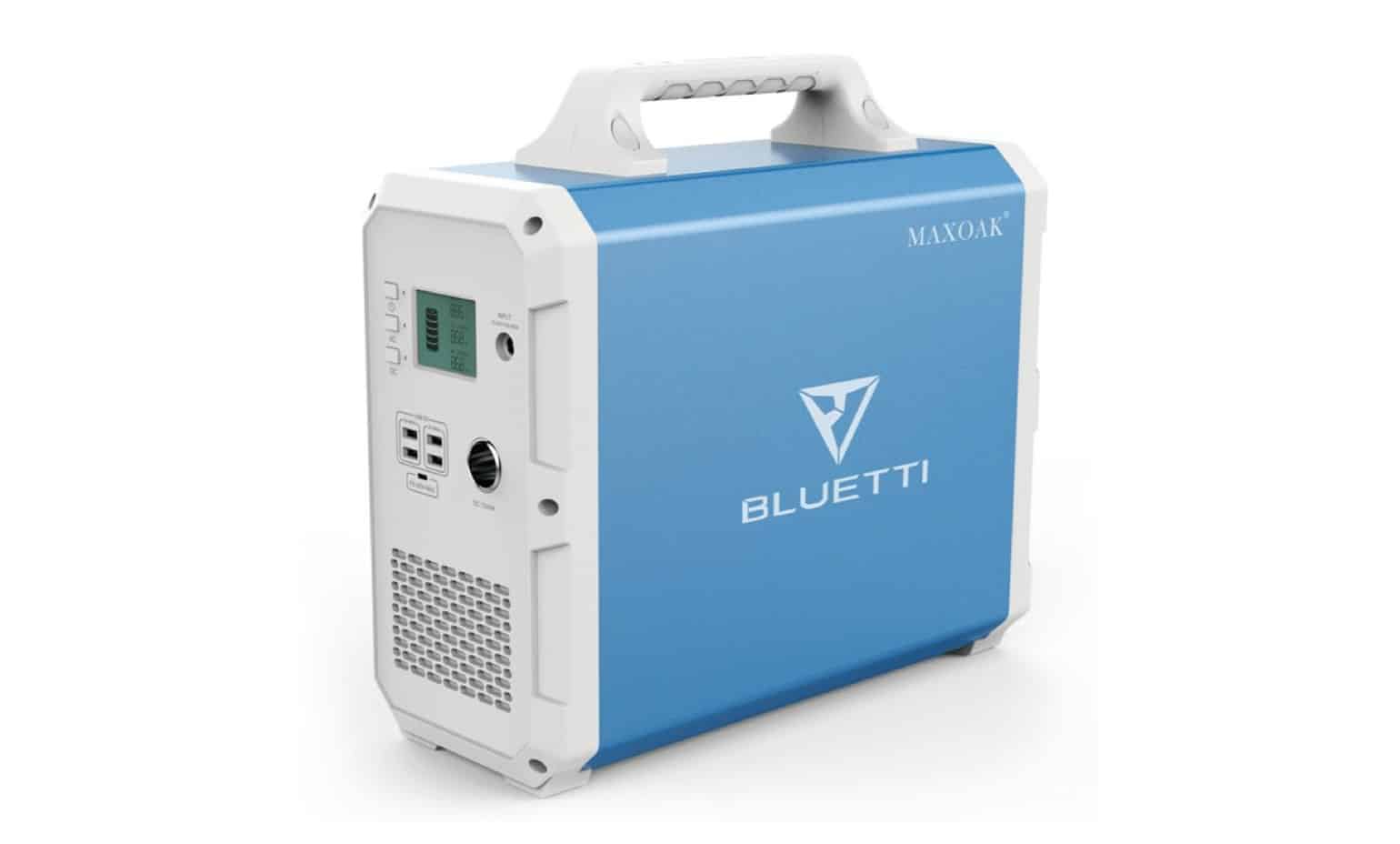 The summer sale also includes the ever-popular BLUETTI EB150 and EB240 solar generators. With both, 94% of purchasers give it 4 stars or more. Originally launched in 2019, the two products are nearly identical except for battery capacity.

Covered by a solid aluminum case, these models feature a 1000 watt pure sine wave inverter and can power most indoor and outdoor appliances when necessary. The 1,500Wh battery capacity for the EB150 and 2,400Wh battery capacity for the EB240 make certain you do not need to worry about a lack of power for long camping or hiking trips. The BLUETTI EB150 and EB240’s built-in MPPT controller also supports up to 500 watts of solar input. Finally, with optimal sunshine, the EB150 can be charged from zero to full power in as little as 4.5 hours. The EB240 takes around 7.2 hours.

The BLUETTI Summer Sale Promotion begins on Saturday, June 5. Watch for the company’s giveaway contest for a chance to win one of several free portable power stations.

BLUETTI offers various power stations in the European, U.S., and Japanese markets. It focuses on building products using durable and user-resistant materials such as cast aluminum. It also provides technology such as ultra-safe Lithium batteries. Each new power station comes pre-installed with a maximum power point tracker (MPPT) solar charging optimization module, which provides up to 40% faster charging times than products without.

You can learn more about any of BLUETTI’s products on the company’s official website. You can also send an email to service@bluetti.com