The BLUETTI Power Week provides great power products at great discounts — including the company’s newest ones, which are now available to order. 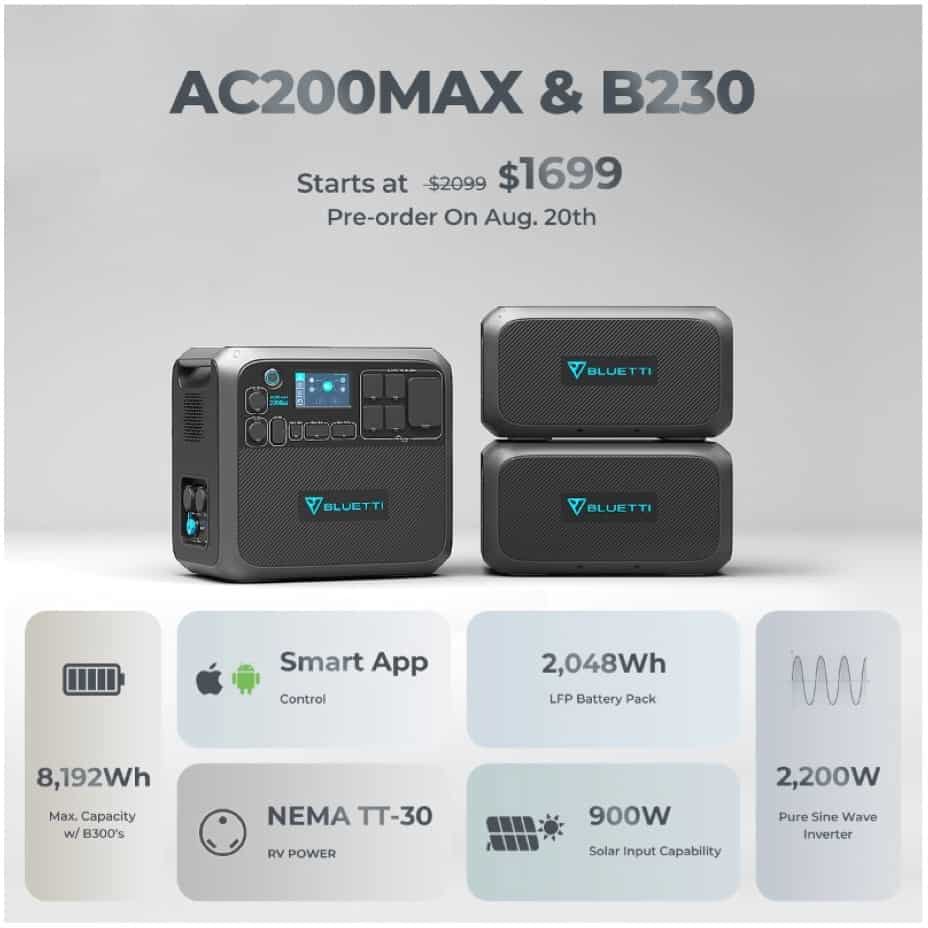 There’s exciting news coming ahead of BLUETTI Power Week that will save you money while also allowing you to check out the company’s newest products.

The BLUETTI AC200 MAX is the company’s upgrade to the long-loved AC200P. By adding two B230 or B300 battery modules, this beast can provide a total capacity of 8192Wh. It also offers 900 watts of solar input, which is a 28% increase over its predecessor. A terrific choice for RV enthusiasts, the AC200 MAX includes a built-in 30A NEMA TT-go outlet and can be controlled wirelessly using the new BLUETTI smartphone app for iPhone or Android using Bluetooth.

As part of BLUETTI Power Week, you can get the BLUETTI AC200 MAX and B230 starting at $500 off the regular price. Click here for more information.

Looking Ahead: the AC300

Meanwhile, it won’t be long until the company’s other new power unit takes off. The AC300 brings an entirely modular-based power solution to the marketplace. It includes a main housing unit with a 3000-watt pure sine wave inverter. You’ll need to add at least one B300 battery to get started, although the product will accept up to four battery modules. When maxed, it includes 12,228Wh of capacity.

Are you looking for more? With the BLUETTI Fusion Box Pro, you can pair two AC300 units and boost the system up to 240V, 6000W. Stacked with eight B300 battery modules, this means it’s feasible to have 24,576Wh of capacity.

More good news: Subscribe today and get $809 off your AC300 purchase once it’s officially released.

More About the Battery Packs

Both the B230 and B300 represent industry-first innovations in the power market. Both can operate as standalone power modules, offering various DC outlets, including a 100W USB-C, a 12V/10A car output, and a selection of USB-A ports. Additionally, both battery modules can capture up to 500W of AC power via an AC to DC adapter.

The B300 also has a 200W (MPPT-ready) solar inlet for those unexpected times when you need it. The model offers a capacity of up to 3072Wh with a base. Meanwhile, the B230 battery pack includes a 2048Wh capacity with solar input of up to 500W for each unit.

The battery chemistry for each is Lithium Iron Phosphate (LiFePO4).

BLUETTI is also pleased to announce the Enhancer D050S or Little Magic Box. The charging enhancer connects with DC inlets on the BLUETTI units. The Little Magic Box features an MPPT charge controller with voltage regulator circuits and adds some more juice to your BLUETTI products when in need.

For example, with the help of the DC Enhancer, you can increase the overall capacity of previous Bluetti models such as the EB150 and EB240 by connecting the latest BLUETTI battery modules or lead-acid batteries. You can also charge it via the 12V/24V cigarette lighter port in your car.

Just how powerful is the Enhancer D050S? BLUETTI says it can boost the solar charging rate of the AC200P by up to 1200W. Effectively, this means you can charge up the 1700Wh/2000Wh unit in under 2 1/2 hours with prime outdoor sunshine.

You can visit the BLUETTI website for more information on the Little Magic Box. 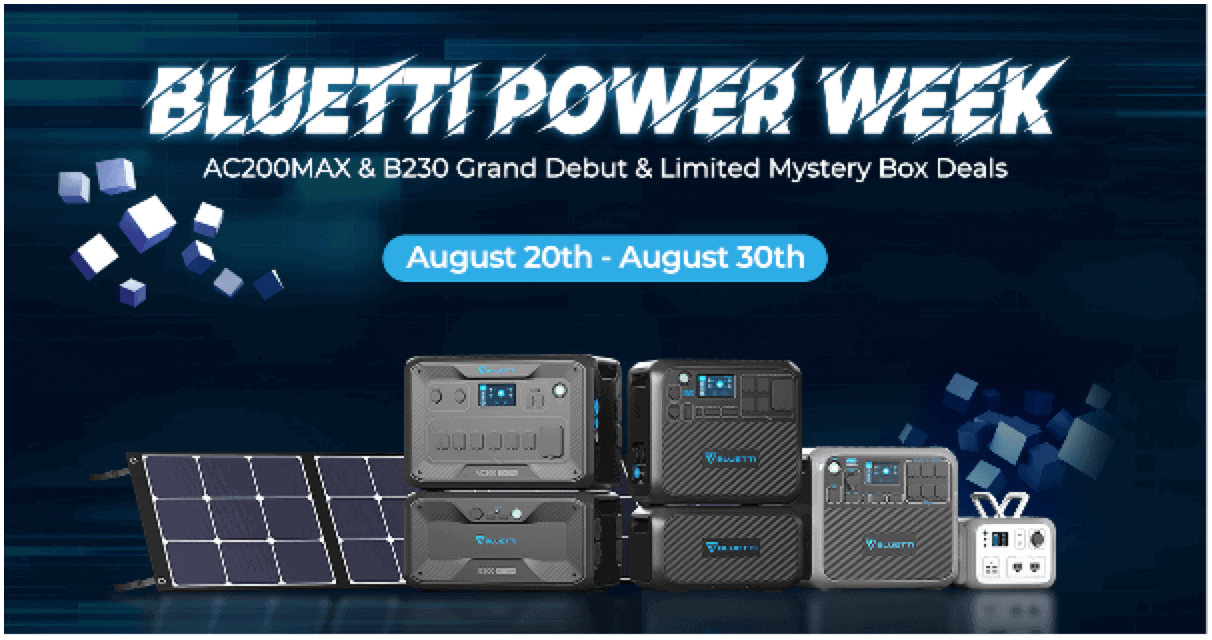 In celebration of BLUETTI Power Week, the company wants to give its latest battery module product to owners of the AC200P or AC200 for free. With the additional help of the DC Enhancer, these folks can add an extra battery module to the 500W AC inlet. Doing this will add a total of 6144Wh (two B300’s) additional capacity to your current unit!

Finally, as part of the BLUETTI Power Week campaign, the company is discounting other products: