Introducing the BLUETTI NA300 – World’s First Sodium-ion Solar Generator. We have all the details, including features and the release date.

With the rise of Electric Vehicles and millions of Lithium powered electronics created annually, the Lithium supply crunch is quickly becoming a real problem for the planet. Lithium is a precious commodity—replacing it with something more abundant is a critical step in protecting the environment and continued innovation.

That’s where the BLUETTI NA300 comes in—the first sodium-ion solar generator ever built. Sodium is over 1000 times more abundant on Earth than Lithium, making it a perfect alternative to Lithium generators and batteries. As a leading manufacturer in solar energy with a track record of innovation, BLUETTI is constantly pushing the boundaries—the NA300 is no different. 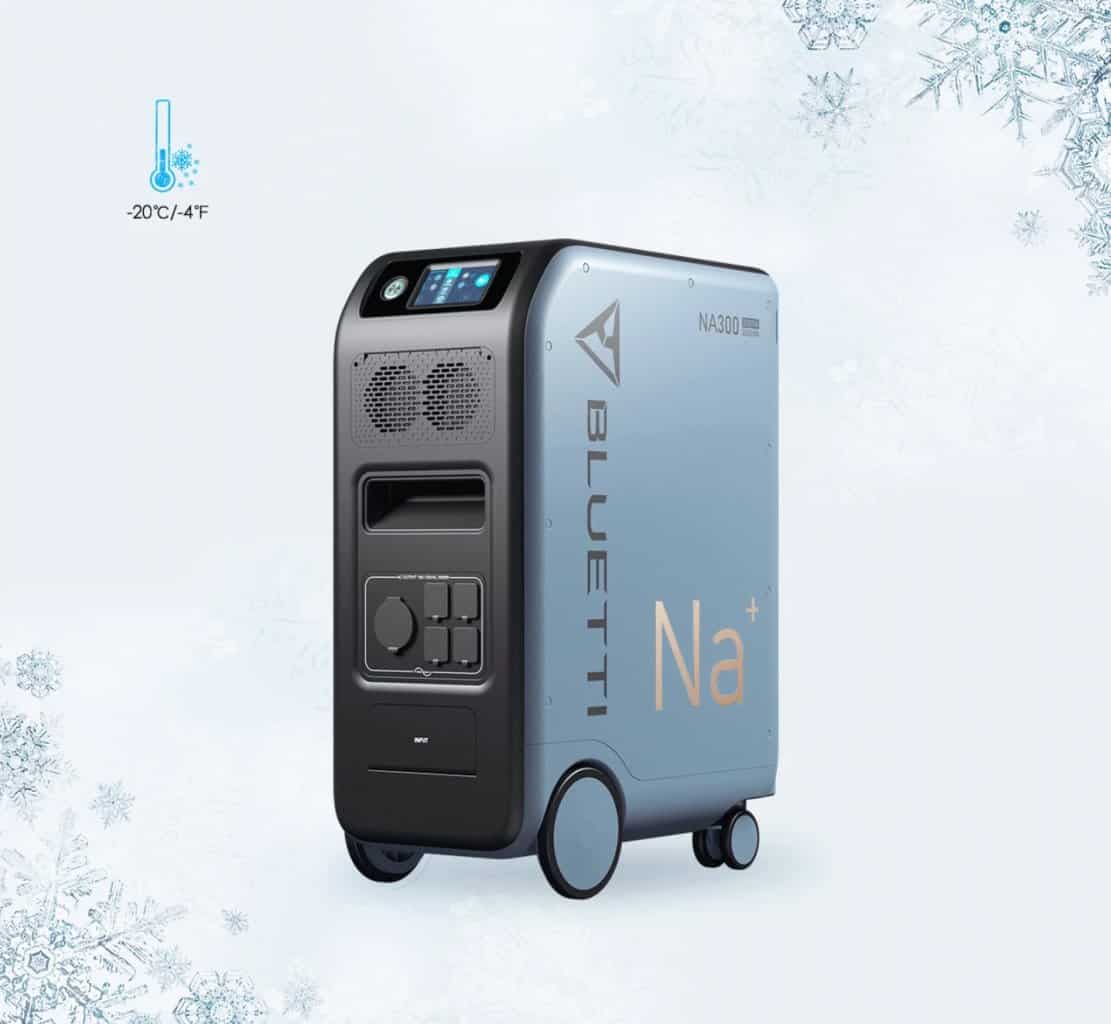 Here’s everything you need to know about the BLUETTI NA300 and its compatible battery pack, the B480.

The NA300 doesn’t have a radical design, following the same style and appearance as its immediate predecessor (the EP500 Pro). It has four 20 Amp plugs, with one 30A output port that will allow you to power high-energy household electronics (thanks to a 3000 Watt pure sine wave inverter).

Want to keep an eye on things? You don’t physically monitor your generator—you can control and monitor your output using the BLUETTI mobile app in the Apple App Store for iPhone and iPad devices.

The NA300 with two B380 batteries could power a whole family for several days, even an entire week, during a natural disaster or energy failure. If your energy needs are more modest, you can stay connected and powered up for even longer, especially using the NA300’s impressive solar generation capabilities.

That’s before you consider the capabilities of the new, revolutionary sodium-ion batteries behind the NA300. These rival the lithium-ion phosphate batteries used in other BLUETTI products—low cost, low-temperature, and long life cycle. It can even power your products under challenging environments, with the ability to operate at -20 degrees Celsius. 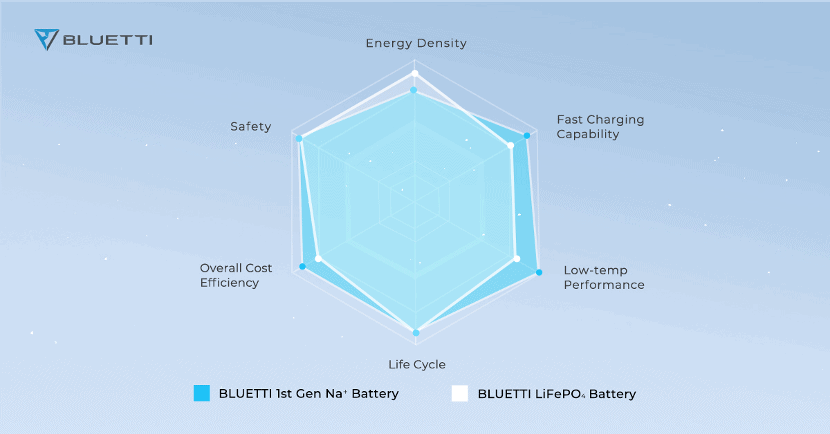 If you’re worried about your carbon footprint, or you’re concerned about the environmental damage caused by precious metal mining, switching to a sodium-ion powered setup like the BLUETTI NA300 (along with B340 batteries) is a good option.

Are you looking for something a little different? There are plenty of other BLUETTI products to choose from, so don’t forget to check out some of the best-selling BLUETTI products available.