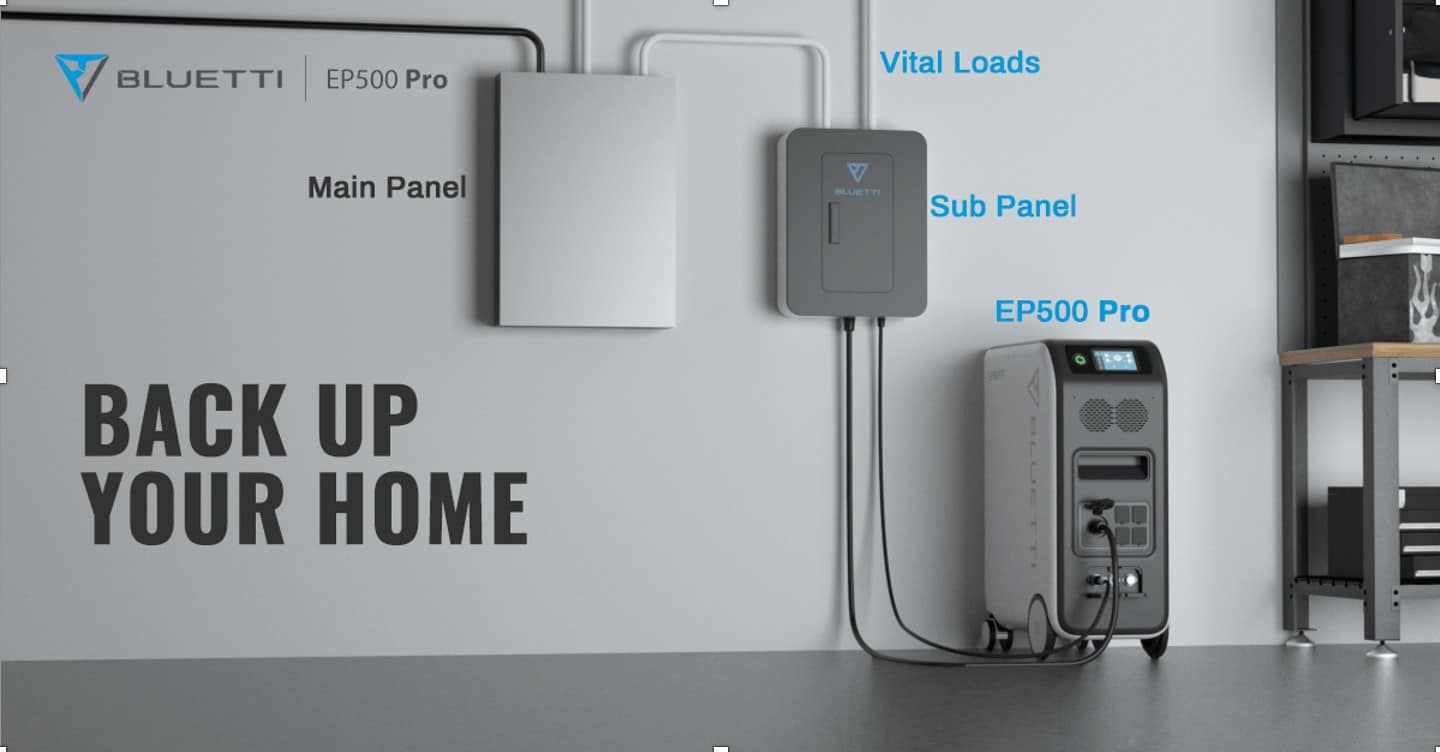 The BLUETTI EP500 Pro is a featured-packed, modern home power station. The only thing it lacks is a huge price tag. Let’s dig into the details.

After raising over $1 million in the first hour, the BLUETTI EP500/Pro home power station has raised over $3 million with weeks to go in the Kickstarter project. Although the EP500 has received most of the attention, today, we wanted to highlight the less talked about BLUETTI EP500 Pro version. 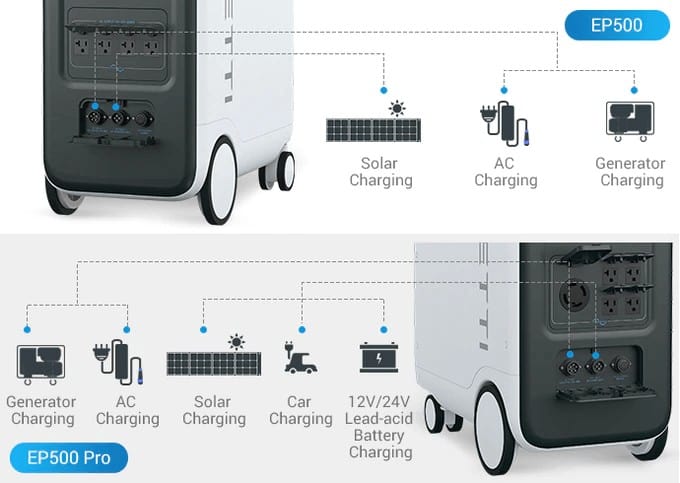 Providing power you can depend on, the BLUETTI EP500 Pro features rugged hardware that’s been rigorously tested with one goal in mind: to provide power for your home and family when the unexpected happens. Ideally suited to help you get through any emergency, such as a storm or power outage, the EP500 series can provide power for up to three days for the most critical appliances in your home. These can include refrigerators, microwaves, computers, lightings, must-needed mobile devices, and more.

Unlike traditional gas generators that are noisy and cause pollution, the EP500 series is quiet and eco-friendly. Best of all, they don’t require gas and instead are solar-powered. As such, it’s fume-free with no harmful emissions and perfectly suited to lower your carbon footprint and enable both indoor and outdoor operations.

Featuring a 2000W pure sine wave AC inverter and surge up to 4800W, the EP500 is designed to cover your family’s essential needs during a power outage. The Pro version offers continuous power at 3000W and a surge capacity of up to 6000W. Both models are packed with 5100Wh based on ultra-durable and safeLiFePO4 battery cells with a cycle life of up to 6,000 cycles. Both models can provide enough energy to power your home for several days. And because the EP500 series has been designed with mobility in mind, you can also use the devices for non-emergencies, such as a camping or hunting trip. 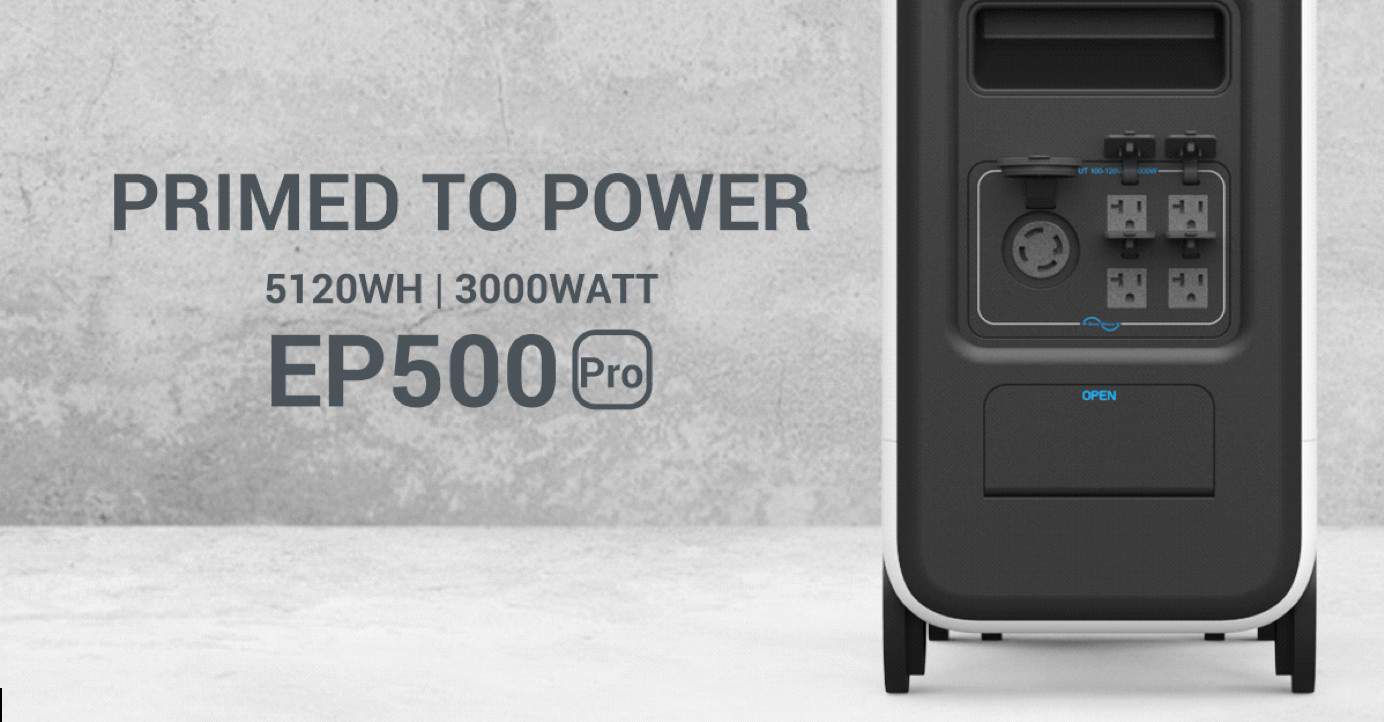 The BLUETTI EP500 Pro could be the most powerful mobile power station ever! Featuring a groundbreaking NEMA L14-30 30A receptacle, the Pro model offers up to 3000 watts of continuous power at 120V. Peak power is measured to 6000W watts.

For gadget charging, the BLUETTI EP500 Pro offers two 100 watt USB Type-C ports that comply with the PD3.0 protocol. This is more than enough to charge your favorite mobile phones, tablets, and laptops without bulky adapters.

The BLUETTI EP500 Pro is also noted for having a long list of accessories to enhance your home power experience. To date, three accessories are being offered through the Kickstarter project.

The integration is ideally suited during rolling power outrages. Now you can keep your lights on and hot water running alongside a space heater. It lets everyone in your home continue to do their thing.

The Fusion Box Pro lets you connect two EP500 Pro units to double the power, voltage, and capacity through a split phase. The accessory is equipped with heavy-duty 30Amp/20Amp outlets, including a 120V/240V 30A (up to 6000W continuous power) receptacle and two NEMA TT-30. This designation is made specifically for recreational vehicles and is perfect for the RV crowd.

Finally, the Photo Voltaic step-down modular allows the EP500 Pro to accept input within the range of 35-150 Volts. This suits those who already have a large number of solar panels at home. BLUETTI’s accessory can step down your system voltage and adjust the total input voltage of your array. By doing so, you’ll save on the cost of purchasing additional solar panels. 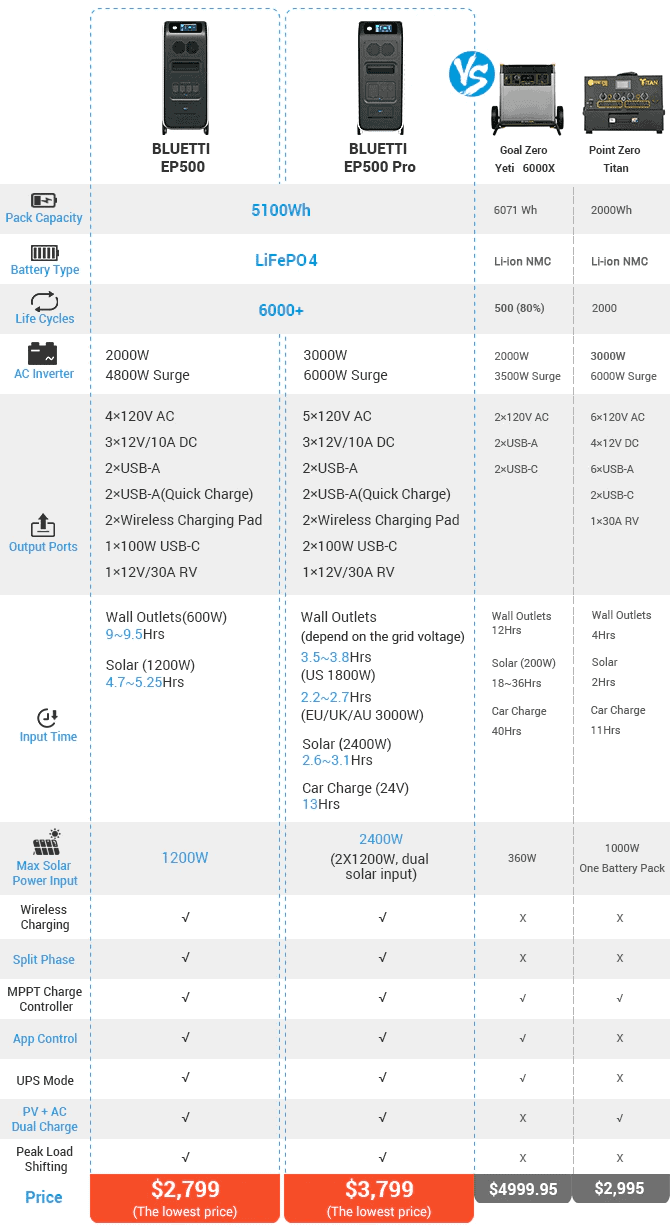 You can get involved in the EP500/Pro Kickstarter project and save big bucks for a limited time. The price during the campaign is almost certainly the lowest you’ll see. Watch for the price to rise steadily following the campaign when everything moves to retail. If your home needs a home power station to cope with the unpredictable and frequent power outages, now is the best time to place your order.

The BLUETTI team will start shipping the EP500 in June, with the first EP500 models shipping in August. Each unit comes with a 3-year warranty and lifetime tech support. You can extend your warranty for one or two years for $399 and $699, respectively.

The Kickstart project runs through May 22, 2021. For more information, visit the official BLUETTI website.