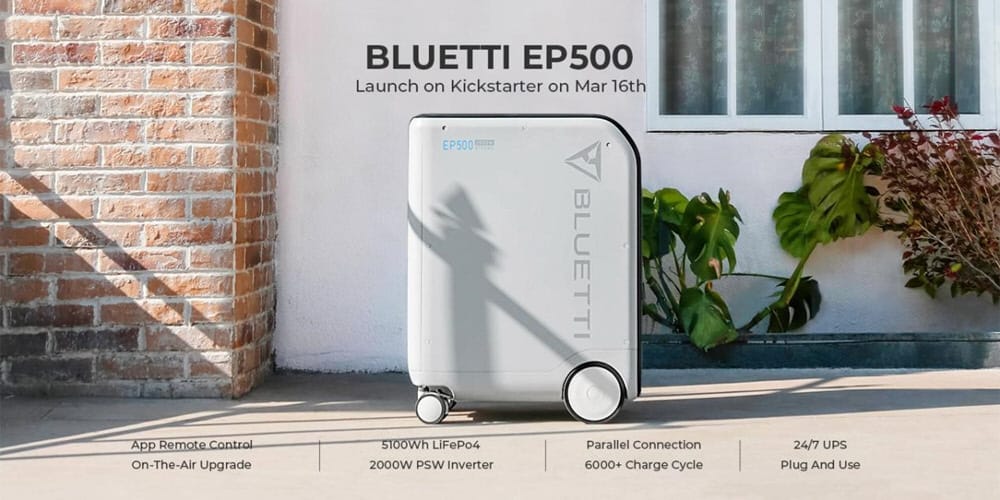 BLUETTI has launched a Global giveaway for its new, EP500 5100Wh home power station. Here’s how you can enter to win one of ten units being offered.

BLUETTI, an innovator and pioneer in the renewable energy space, is kicking off a new product launch with a global giveaway campaign for its new BLUETTI EP500 home power station. The giveaway includes a total of 10 units, including (1) EP500, (1) AC200P, (3) AC50S, and (5) AC30 power units. 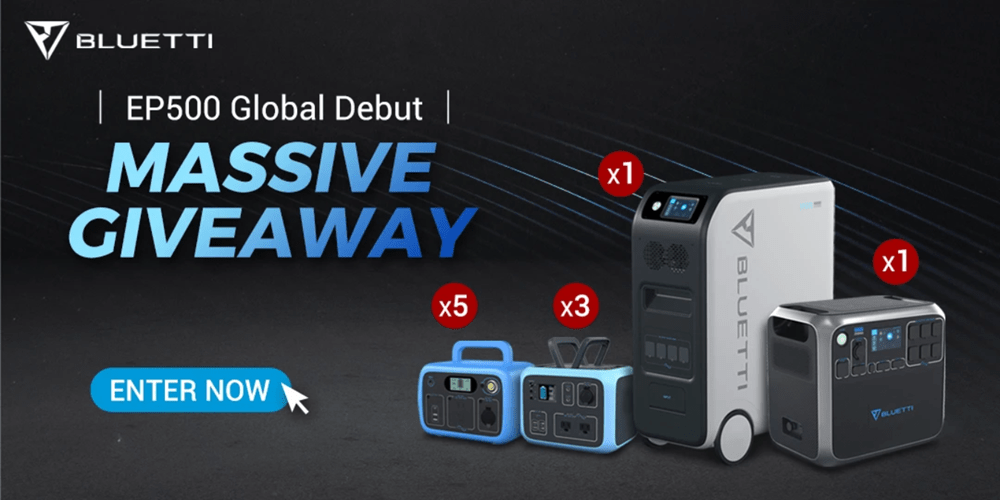 An upgrade to the popular AC200P, the BLUETTI EP500 is the next generation, 5100Wh LiFePO4 all-in-One power station. Rated at 2000W (3000W for the EP500 Pro) and a surge capacity of 4800 watts, the pure sine wave AC inverter packs enough stored energy to run your entire family camping trip, workshop, or even an entire home for several days in the event of a power outage.

Designed as a no-installation, plug-and-play mobile power station, the EP500 offers extended power for virtually all use cases, including acting as a seamless UPS backup for stay-at-home workers. The unit can be charged at 600 watts using the built-in AC adapted (no heavy power brick required) or if you’re off the grid via solar at 1200 watts using its built-in MPPT input — great for campers and RVs. 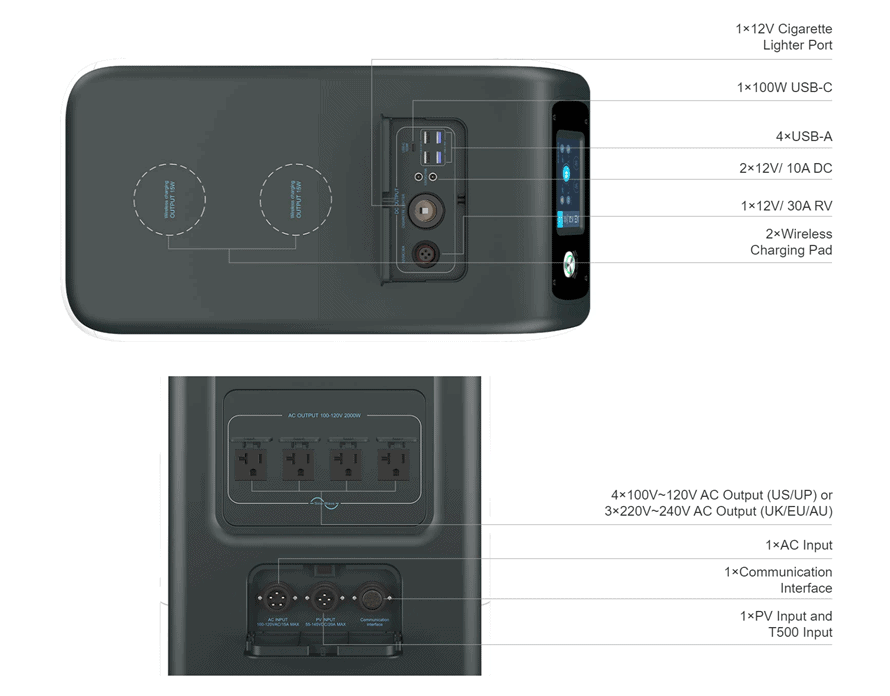 Overall, the BLUETTI EP500 is a beast of a power station for any home yet portable enough to take off-grid. Be sure to check out the global launch giveaway for a chance to win one or one of BLUETTI’s other power devices.