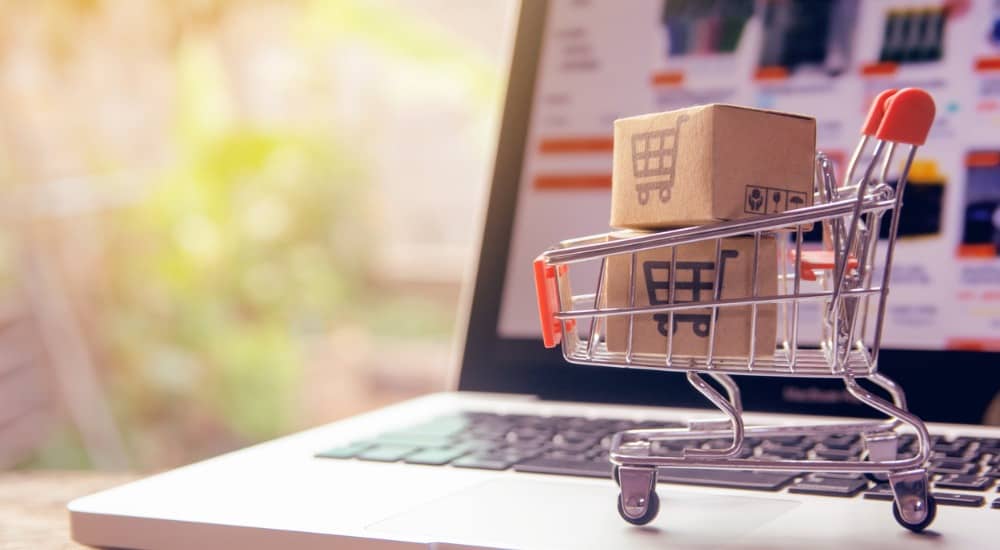 For a limited time, BLUETTI is offering savings on some of its most popular portable energy products. If you’re in the market, now is the time to buy.

It’s a great time to purchase the BLUETTI AC300 portable power station. For a limited time, you can save up to $3,900 on available AC300 bundles. BLUETTI also announced big AC300 Max news and also introduced an EB5 generator in a pumpkin color tone.

The BLUETTI AC300 is a rectangular power box with two sturdy handles on the top of each side for lifting the unit. The AC300 doesn’t come with a built-in battery pack. Instead, with its modular design, you can connect the separate heavy-duty B300 battery. With this modular design, the AC300’s weight is reduced significantly, making it easier to carry when the unit and the battery module are separated. This design also allows you to replace its batteries as necessary easily.

The BLUETTI AC300 comes with a 3,000W pure sine wave inverter and a Maximum Power Point Tracking (MPPT) controller that supports up to 2,400W solar charging. In addition, a single AC300 supports up to four battery packs for a total possible capacity of 12.3kWh. 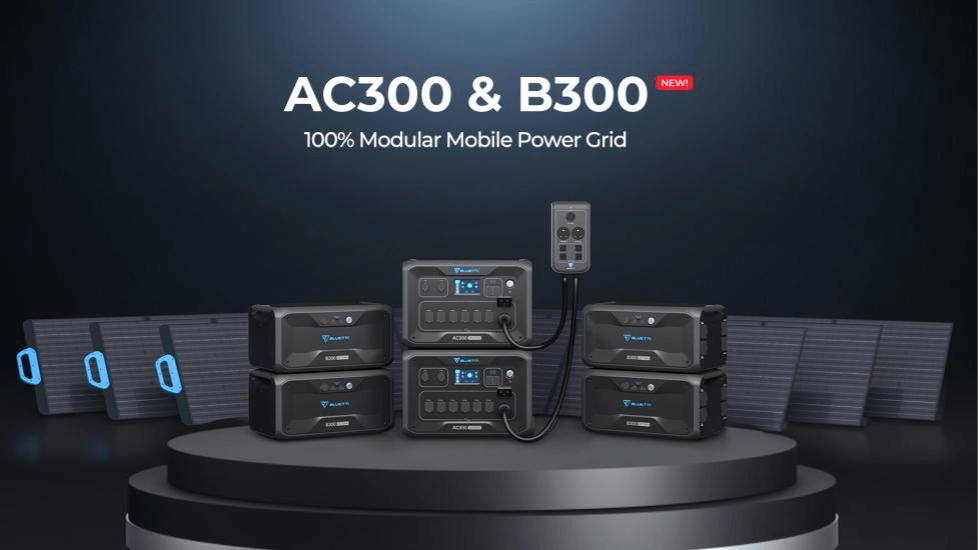 Technical Specs on the AC300/B300 Combination

There are many reasons to consider the AC300/B300, including.

You can find limited-time savings on the following BLUETTI AC300 bundle:

About the P020 Fusion Box Pro

The Fusion Box Pro lets you connect two AC300 units to double the power, voltage, and capacity through a split phase. The accessory is equipped with heavy-duty 30Amp/20Amp outlets, including a 120V/240V 30A (up to 6000W continuous power) receptacle and two NEMA TT-30. This designation is made specifically for recreational vehicles and is perfect for the RV crowd.

About the Special Edition EB4 Generator

Perfect for the season, the special edition EB4 generator comes in a terrific pumpkin hue. Inside, it contains the same features that have made the EB4 very popular. Ideally suited for camping, the EB4 holds a solid 537Wh of capacity with a state-of-the-art pure sine wave inverter boasting 700W (up to 1400W surge). In addition, it uses ultra-stable and safe LiFePO4 battery chemistry combined with a built-in battery management system for multiple layers of protection.

With more than 2500 life cycles before reaching its 80% capacity, the EB4 can receive up to 200 watts of solar input and 200 watts of AC power simultaneously. Additionally, it takes just two hours to reach a 100% charge.

In a surprising twist, BLUETTI also discounted the AC300 Max, which features continuous output power at 2,200W from its pure sine wave inverter. It includes a 100W PD3.0 USB-C port and an upgraded Maximum Power Point Tracking (MPPT) controller that handles up to 900W solar input. The machine also consists of a built-in 30A NEMA TT-30 designed for RVs. The BLUETTI AC200 MAX also supports Bluetooth, which means you can control it wirelessly with the BLUETTI smartphone app for both iOS and Android. The BLUETTI AC200 Max also supports expandable battery packs.

Why Use Solar Generators?

You can continue using the free energy from the sun for the life of your solar panels, which is usually about 25 to 30 years.

Save Yourself Money and Help Save the Environment

Besides saving money by using a solar generator, you’re also doing your part to help save the environment and improve your health at the same time. The noise from gas generators is annoying, but the air pollution from gas generators contributes to climate change and respiratory diseases.

Solar Generators are Lighter with the Same Amount of Power

Take Advantage of the Savings

The October sale starts on October 28, 2021, and runs through November 4, 2021. PDT. Visit BluettiPower.com for all details.