The BLUETTI AC300 power station has been announced alongside the BLUETTI AC200 MAX, plus two new battery packs.

After hinting on Facebook in June that something big was coming, it’s now official. For the first time, BLUETTI is announcing four new power models at the same time. The portable power stations BLUETTI AC300 and BLUETTI AC200 MAX have been revealed alongside two expandable battery modules, the BLUETTI B230 & BLUETTI B300.

The news comes days after the BLUETTI AC200 power station was released and months after BLUETTI pulled in $6.7 million from an Indiegogo crowdsourcing campaign.

Each of the new products is packed full of features, as you can see below.

Like similar AC  series products, the BLUETTI AC300 is a rectangular power box with two solid lifting handles on the top of each side. Interestingly, however, the AC300 doesn’t come with a built-in battery pack. Instead, its modular design is perfect for the heavy-duty B300 battery model. With a modular design, the AC300’s weight is reduced significantly, making it a much easier system to carry. The design also allows users to easily replace its batteries as necessary.

The BLUETTI AC300 comes with a 3,000W pure sine wave inverter and an MPPT controller that supports up to 2,400W of solar charging. A single AC300 supports up to four battery packs for a total possible capacity of 12.3kWh. With BLUETTI’s Fusion Box Pro, you can add two AC300 units for double the power and capacity. The dual setup can act as an emergency power center and run your home essentials for over a week. With enough solar panels, it could keep you off the grid indefinitely. 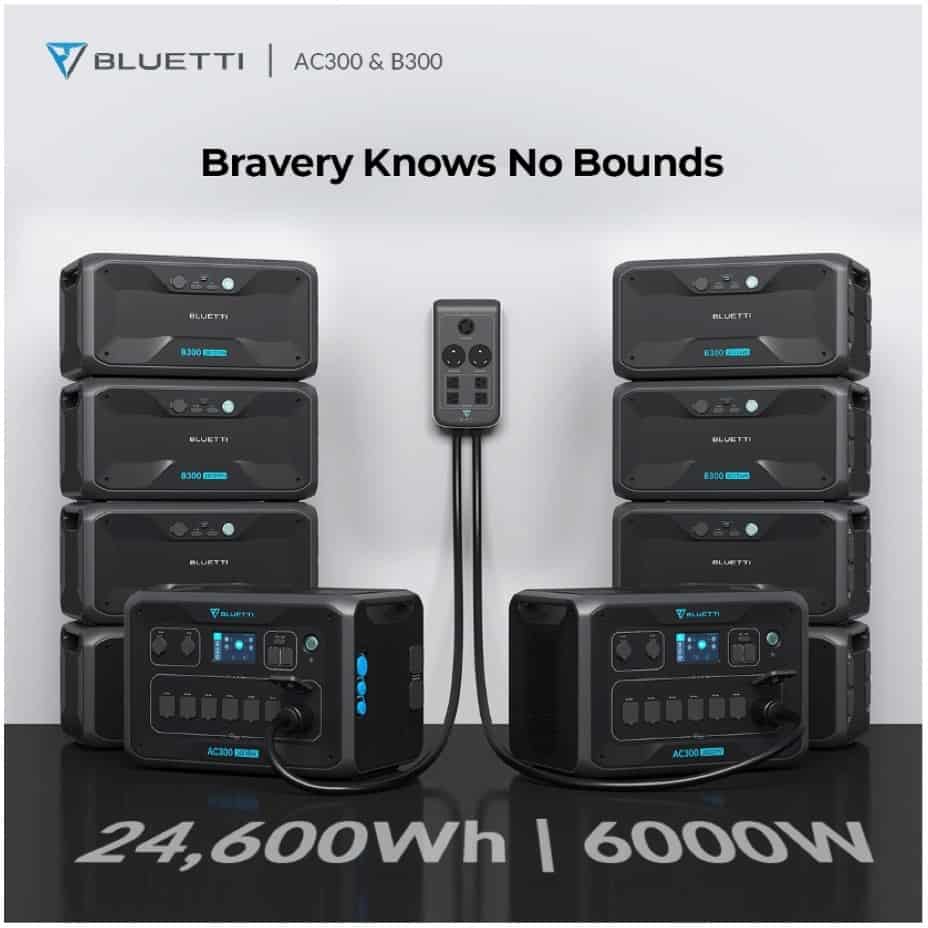 Looking ahead, the BLUETTI AC200 Max looks nearly identical to the popular AC200P (2000WH/2000W.) And yet, it offers a lot of changes and improvements that will make it an attractive solar generator in its own right.

Featuring continuous output power at 2,200W from its pure sine wave inverter, the BLUETTI AC200 Max includes a 100W PD3.0 USB-C port and an upgraded MPPT controller that handles up to 900W of solar input. The machine also includes a built-in 30A NEMA TT-30 designed for RVs. This new product also supports Bluetooth, which means you can control it wirelessly with the new BLUETTI smartphone app for both iOS and Android. The BLUETTI AC200 Max also supports expandable battery packs.

For the AC200 MAX, you can install the new BLUETTI B230 or B300 battery modules available in late August / September 2021. Speaking of the new B300’s, with two BLUETTI B300 battery modules, you could easily expand your AC200 MAX to 8192Wh of capacity, which is enough to run all of your essential needs at home or on the go for hours, days, or perhaps an entire week. 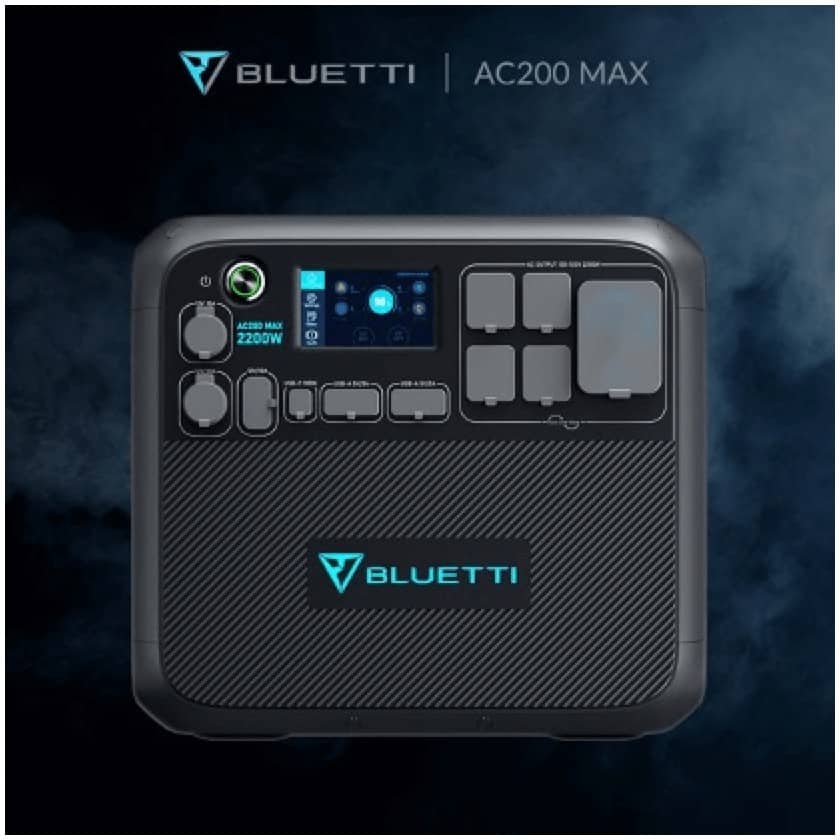 The B230 battery pack includes a 2048Wh capacity with solar input of up to 500W for each unit. Continuous output comes from various DC outlets, and the maximum AC capacity is rated at 500W each.

The battery chemistry for each is Lithium Iron Phosphate (LiFePO4).

As outlined in the table above, BLUETTI plans on launching each of its new products through its official website with no need for crowdfunding this time around. Orders for the BLUETTI AC200 MAX and BLUETTI B230 battery modules will commence in late August 2021, with the first orders going out before the end of that month. The BLUETTI AC300 and B300 launch in September 2021, with the first orders going out the door later in the month.

BLUETTI hasn’t spelled out its remaining product roadmap for 2021. And yet, it has been mentioned on social media outlets that the BLUETTI AC200 Max is the “challenger,” while it called the BLUETTI AC300 the “dominator.” In addition, there’s another product apparently coming before the end of the year. It’s called “APEX.” Stay tuned! 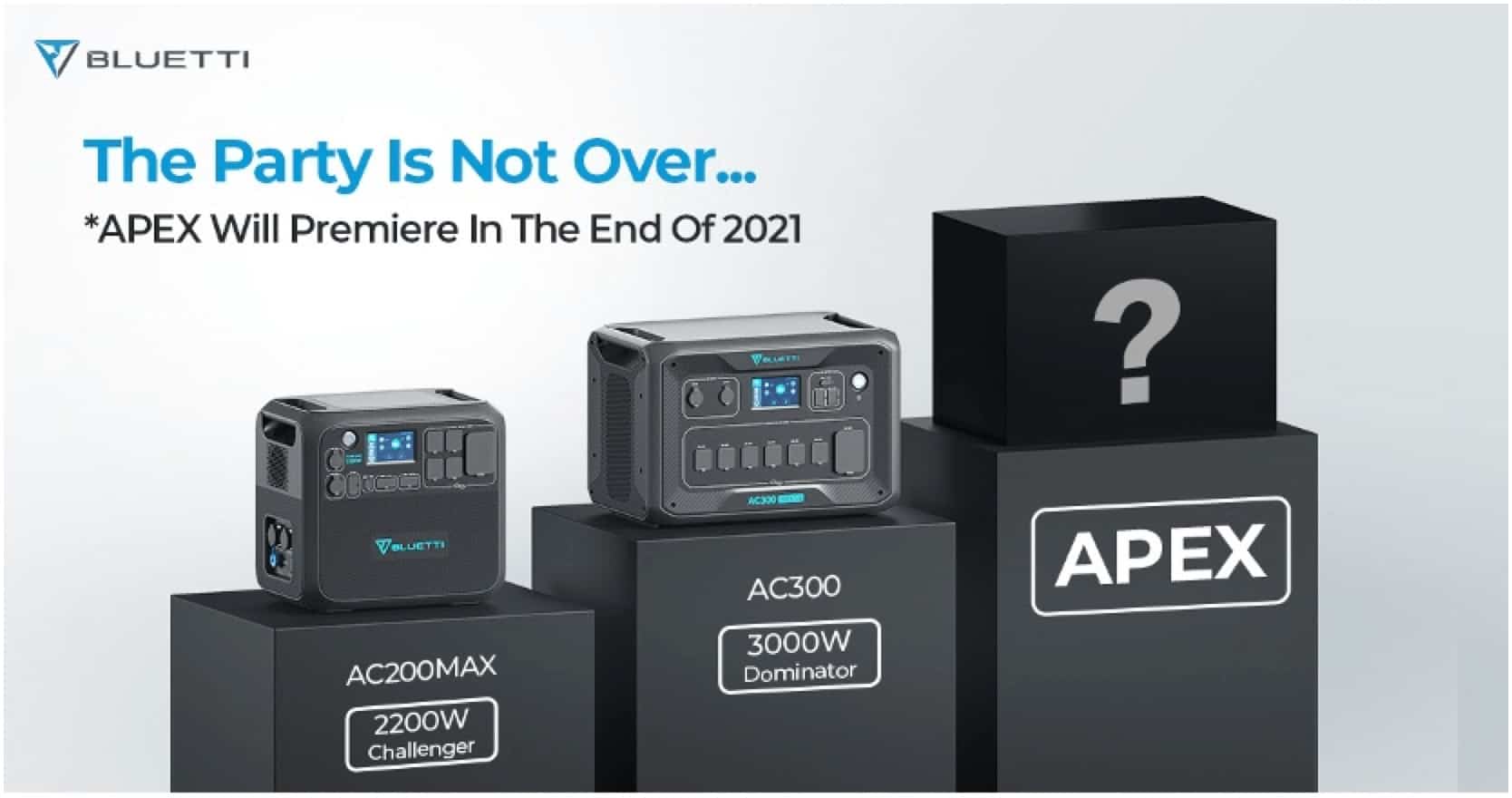 For more information, join BLUETTI’s official Facebook Launch Group. I plan to keep an eye on the launch page for the AC300 and AC200 MAX for updates. Finally, visit BLUETTI’s website for information on its current products.