Our favorite multimedia player VLC is now available for Android. Albeit in beta stage of development, you can download it from the Google Play Store. Here’s a screenshot tour of what it has to offer.

In case you haven’t heard, VLC media player, one of the most popular cross platform media players out there, now has an Android version — currently in beta. I’ve tried it out and it’s quite interesting. 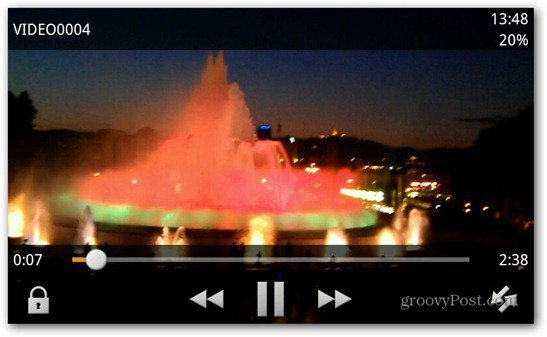 This is not a final version, so you can expect a few glitches and crashes here and there. You shouldn’t expect it to work flawlessly. Even the developers tell you that – every time you launch it. You’ll get the following warning screen — which is quite humorous. You can get the VLC for Android Beta in the Play Store, here. 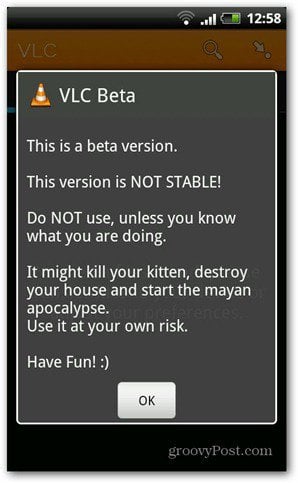 After launching VLC, it scans the media files on your device, which will take a while if you have a lot of media. 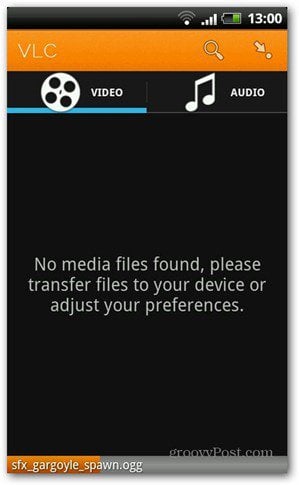 Then sorts your files into Audio and Video categories. 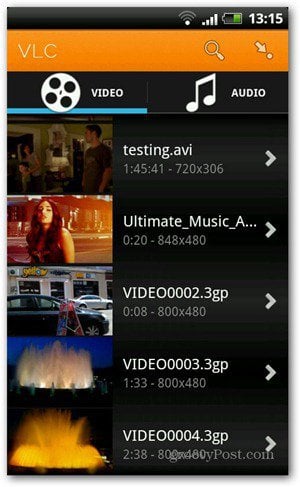 If you want to find a file directly, a quick trick is to click the menu button and click Directories in the menu that pops up. You’ll also want to hit refresh in the same menu whenever you add a new file, so that it gets added to the list. 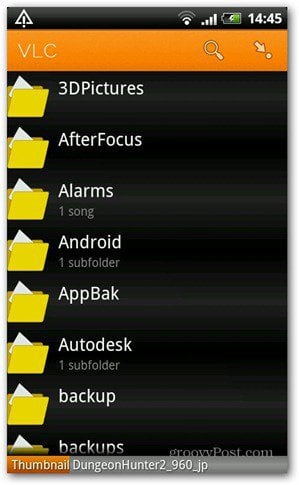 If you want to search for a specific file in the library, just click the search icon on the top right side of the interface. It works fast and is accurate. 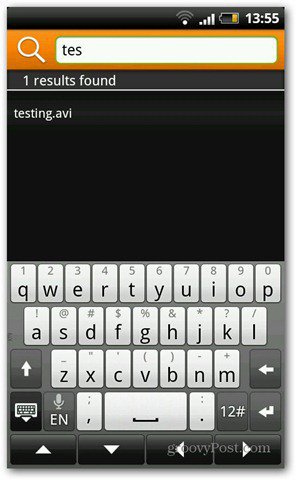 The audio player works just as you would expect. Files are organized according to album, artist, song, genre and the good part is that you can just swipe your finger across the screen to move between the categories. 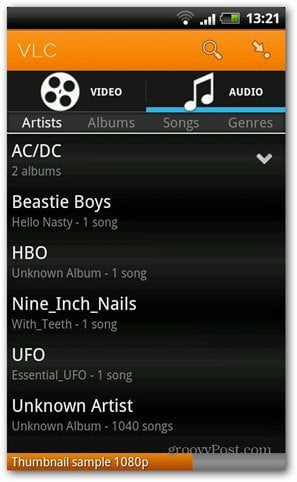 When a music file is being played, you’ll get the basic playback controls. 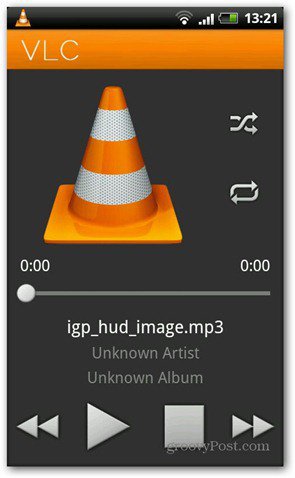 As with the desktop versions of VLC, it plays virtually every file type available. Files have thumbnails, so they’re easy to find in a list. I tried playing 3gp files I filmed with my smartphone, and everything worked nicely – it didn’t matter if they were 800 x 480 or 1280 x 720. It also worked fine with an mp4 movie – it was an almost 2-hour movie and I could skip at will without any problems. 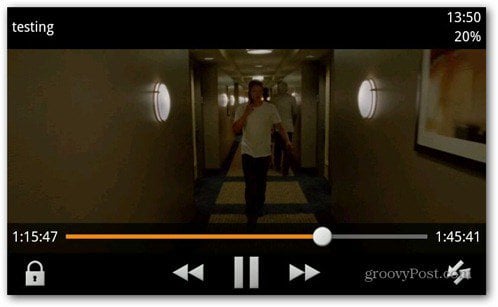 I did have a problem playing a 720p, as well as a 1080p file. The movie played quite jerky, with a lot of artifacts. Now, this could certainly be attributed to the CPU of my HTC Desire HD (it’s single-core).

I couldn’t get the 1080p file to play properly, but, after hitting Settings in the menu and enabling Hardware accelerated decoding, the 720p file played just fine, believe it or not. 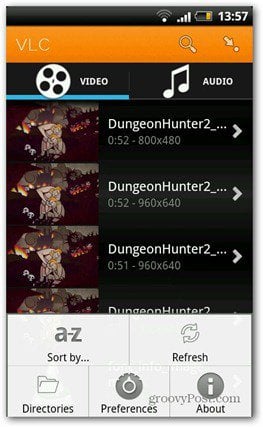 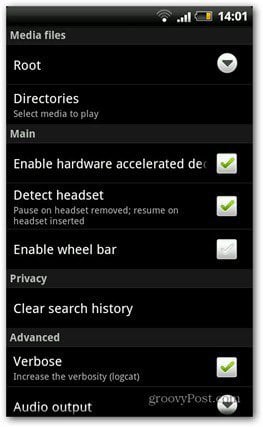 Another feature that I haven’t mentioned so far is it allows you to play streams – there’s a button for that on the top right corner. I tried using it (you have to input the full address of the stream), but it wouldn’t work with any of the streams I tried. I’m chalking that up to it still being in beta.

Still, it worked just fine for some streams that I clicked on websites, like Veoh, and I was asked whether I want to use the default Android streaming player or VLC to open that stream. 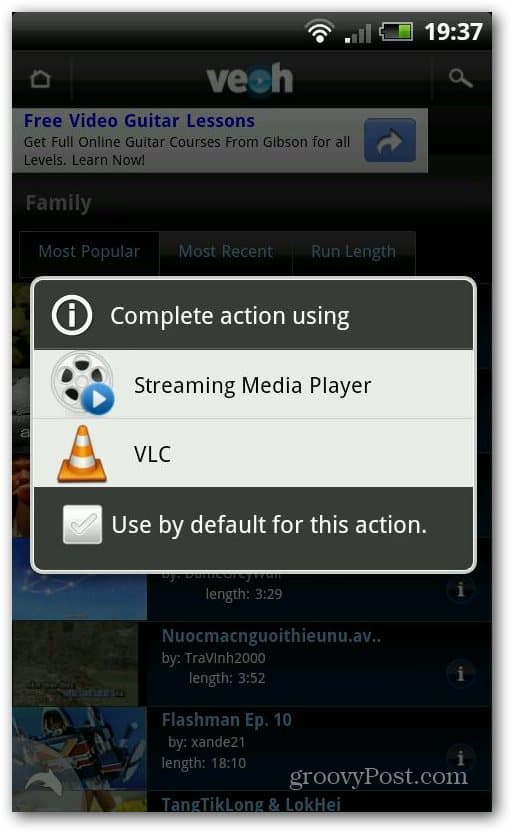 In its current stage of development, VLC for Android is a pretty solid media player. I can’t wait to see the final version and the direction the developers take it in.

It runs on any Android version, starting with 2.1 and above. If you don’t know which version your device is running, here’s how to find out.