Why take on the likes of Instagram and Snapchat? It turns out that Microsoft has something special to offer the world of frivolous selfies.

Microsoft has released a new photo app for iOS called Sprinkles.  This, of course, isn’t shocking news—Microsoft has released so many camera apps that I had to create a folder just for them (see Pix and Lens, among many others). What’s new with Sprinkles is that its one of Microsoft’s first forays into the realm of purposefully frivolous photo snapping apps. So, what does Microsoft have to offer the already crowded world of just-for-fun selfie apps beyond the likes of Snapchat and Instagram? From its description and donut icon, Microsoft Sprinkles doesn’t exactly tip its hand about what it does. At first glance, it may seem like just another photo app for building and sharing a story of your life through expression using fun, gimmicky content.

But let’s not forget that Microsoft made this app.

Microsoft has a powerhouse of machine learning, artificial intelligence, and increasingly advanced facial recognition technology built-in to its operating system (see Windows Hello). Microsoft has taken these serious technologies and made a playground (and perhaps a laboratory) out of them.  The benefits for you, the user? Well, some of the features are kind of cool. Sprinkles can detect a smile, add stickers or date and time to your photo, guess your age, recommend a celebrity look alike, auto-generate a witty caption, face swap and more.

Sprinkles is a free download for iOS 9.3 or later and works on iPhone, iPod Touch and iPad. The first time you open Sprinkles, you are greeted by the viewfinder. The app is, after all, photo-centric. Quick actions include switching to the front-facing camera; toggling on or off flash; or using an existing photo from your library. Users can modify options from within settings, such as giving your name and birthday, enabling strong language themes, clearing the cache and enabling push notifications.

Sprinkles is more than just another camera app though. The app gives you content ideas for your photos. When you capture a photo, the app will generate a funny thought based on certain factors such as the facial gestures, environment, date and time. You can, of course, modify what’s generated and add your own information. I like it though—sometimes you want to share something, but can’t come up with something interesting to say. 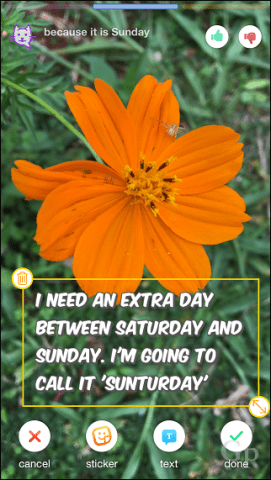 Sprinkles lets you rate your photo, add stickers and emoji, or you can cancel modifications then start over. 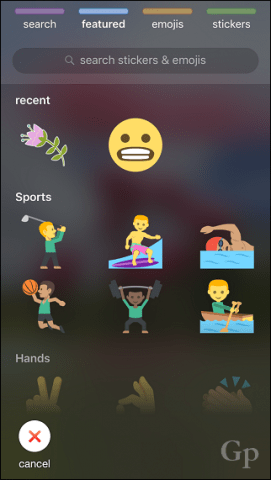 Your edited photos can be shared easily from within the app to popular social networks such as Facebook and Twitter. 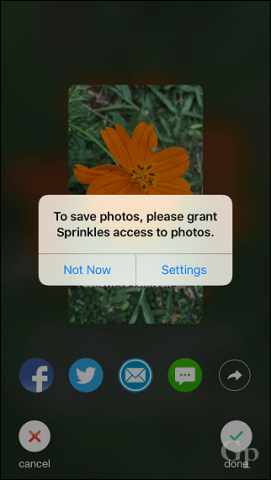 The more you use the app, the more you will discover its a hodgepodge of many functions. Included are Vinci art style filters you can use to transform your photos. And, undoubtedly, Microsoft will roll out new features as they develop them. 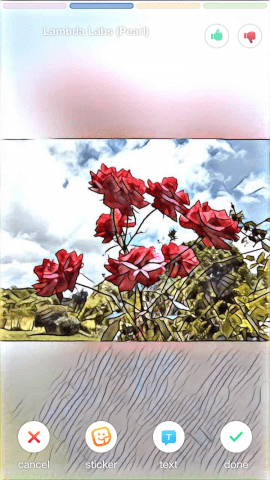 The ever popular face swap filter is also included. I tried out a few and I have to say, they had me in stitches. 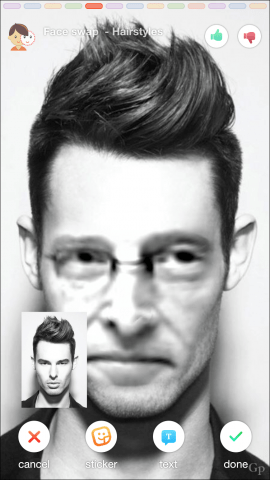 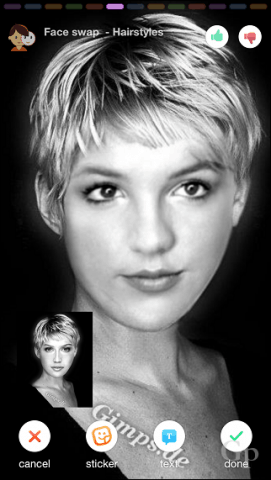 Sprinkles lets you do comparisons with famous celebrities if you like that sort of thing. You can even use it to detect the age of the person, but it’s not so accurate. Microsoft had originally launched an age detection website a while back. It became viral, partly due to its inaccuracy; it doesn’t seem to have improved much since then. Based on the photo below, Sprinkles guessed Steve Jobs and Bill Gates were 21 years old (in 2005). This is a sure way to offend some folks, but it sure makes for great conversations. 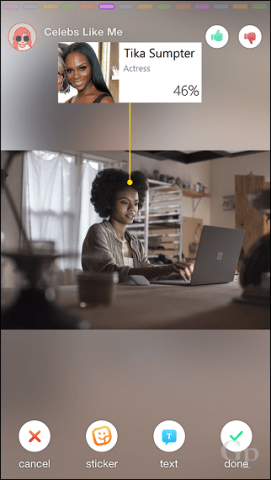 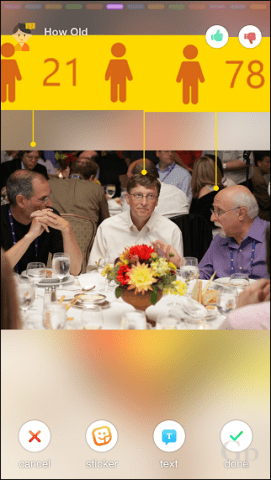 That’s pretty much all there is to Sprinkles. A common Achilles’ heel with apps like Sprinkles, it does so many things, but not one particularly well. What separates it from other apps offering similar features is its basic artificial intelligence; face swapping is also pretty good.


Have you tried the Sprinkles app for iOS? Let us know what you think, or share your face swaps and celebrity look-alikes with us on Twitter.