Have you ever looked up at the sky and noticed the many different shapes that randomly form.  What if you could control those shapes?  What would you make?

In Cloud, you can manipulate the skies to make puffy formations of your favorite things.  Perhaps you would like to create your own personal tropical storm, fight volcanoes, or just float around in the cumulus pillows – there are many possibilities.  And the game is available as a FREE download. 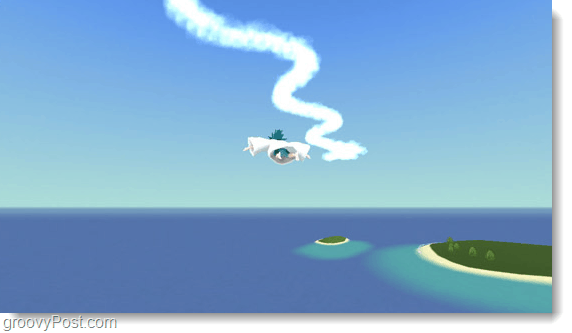 Cloud isn’t a new game, in fact, it has been around for a few years now.  It was created by Jenova Chen, the maker of flOw, back when he was attending the University of Southern California’s Interactive Media Division.   In 2006 it took home 3 awards for its innovative approach to gaming and has been featured in several gaming magazines. 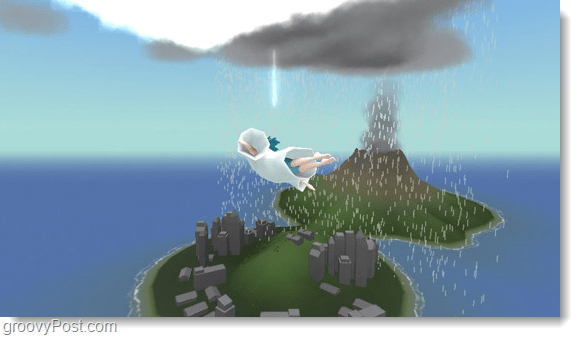 Cloud focuses on non-violent artistic values and was one of the first of its kind to spark the huge controversy drawing the line between games and art.  Admittedly, despite the 2005 graphics, it is still quite easy on the eyes.

The ambiance is set just right, and the background music fits perfectly.  As mentioned on gamedev.net:

Add in slow melodic piano music and beautiful water-colour graphics, and Cloud becomes the only relaxing game I can ever recall playing….

The installation doesn’t install any registry keys and it doesn’t contain any malware or other nonsense, it is just the game, the whole game, and nothing but the game.

By default, it will install to the C:\Program Files (x86)\Cloud folder and can be uninstalled by simply deleting that folder and any Start Menu shortcuts that were also added. 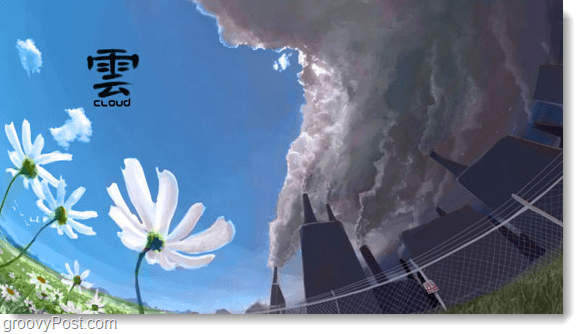 Cloud walks the line between gaming and art, and many might even find it more relaxing than Jenova Chen’s later creation, flOw, that we featured last week on groovyPost.

What’s your take?  Can a video game be considered a piece of art rather than pure entertainment?