In a world of WiFi networks, I can totally understand why someone wouldn’t want to pay money for an unlimited mobile data plan. The problem with getting a limited plan is that you end up going past it in some months, which means more money paid to your carrier. Opera Max wants to help you change this.

The good folks at Opera, the same ones responsible for the Opera Browser, have created an app which helps you make the most out of your data plan. Basically, all of your traffic gets routed through the company’s Virtual Private Network (VPN) to their servers, then comes back to your phone compressed, thus saving you data.

The developers claim that this could help you to use up to 50% more data on your current plan and it works on most apps. More than that, it can make videos load faster (which makes sense, since less data should translate into faster loading times).

If you want to find out how true that is, you can give the app a try. It’s free in the Google Play Store, here. I’ve tried it in the past few days and here’s my impressions so far.

The app has a simple and straight-forward interface that makes it easy to use. After installation, you’ll be given a short explanation as to what it does, and then you’ll be asked for your permission for Opera Max to create a VPN. 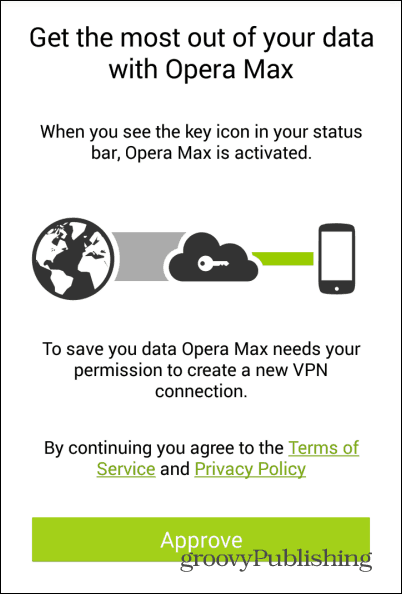 Just one more step and it will be ready to work. 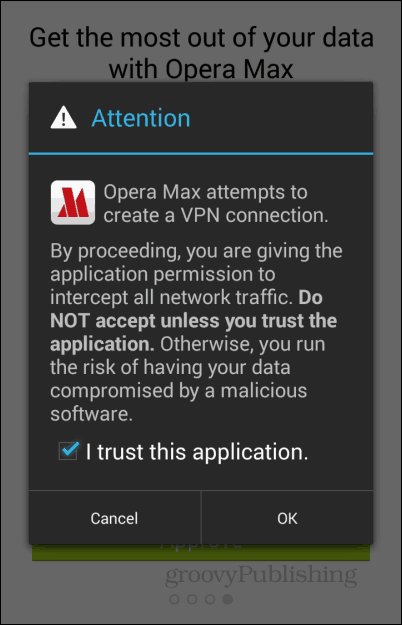 When it’s working, you’ll see it in the notification area on your device. 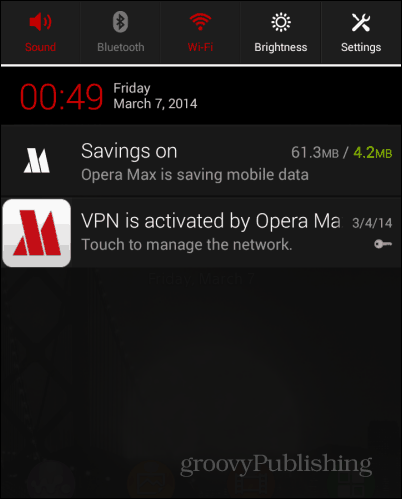 You’ll be able to see how much data it has saved for all of the apps which are using an internet connection. Said data can be seen for different periods of time. 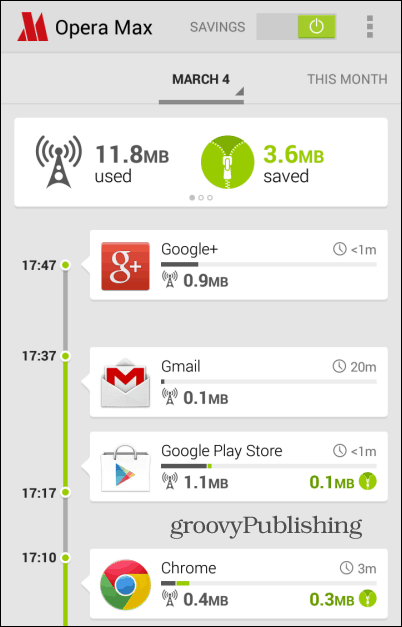 As you’ll probably notice, data is saved for web browsing, email and other such things. However, you won’t save much when downloading apps from the Google Play Store, as there’s nothing much to save there.

I didn’t notice much of a decrease in speed when using Opera Max. My data connection is usually pretty fast and the fact that it was going through a VPN didn’t seem to slow it down too much.

Another interesting thing is that you have to charge up your savings, which must be Opera’s way of making sure that, with the app in beta, only users that are really interested are using their servers. If you’re using the app on a regular basis, this won’t be much of an issue. 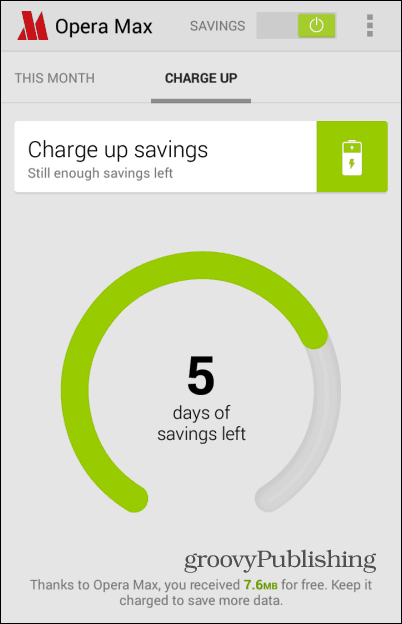 For more, the developers have a video which shows what the app does, which you can watch below.

Opera Max seems like a good idea; it might not have saved me 50% of the data I’ve used, but it was close to a third, which is much better than nothing.