Boasting over a million downloads, the free Norton Mobile Security App for Android phones appears to be a fantastic deal. But is that the case? Let’s take a deeper look.

Ever since the first Android trojan virus, there has been an increased interest in security on mobile devices. Norton, a fairly well-known Security company on the PC side has a free Android App in the Google market which is quite popular with over a Million downloads. Being that I need an AV client on my phone, let’s take a closer look and see if it’s worth installing.

Norton Mobile Security includes several groovy features including Anti-Theft, Anti-malware, call blocking, and web protection. Norton says that its software can find your phone when you lose it, lock your phone if you think it’s stolen, and protect you from unwanted calls or texts. It sounds good in theory, but from a free Norton app, is it too good to be true? According to my testing…. yes.

The first screen you see when loading the Norton Mobile Security app shows right away that half of the features advertised won’t be available unless you upgrade to the “Full Version.” The price isn’t listed until you make it through to the Google Play Store subscription page, which reveals it to be $30 annually. About the same price as other Android anti-virus suites. But let’s focus in on the free features, since the app is listed as free after all. 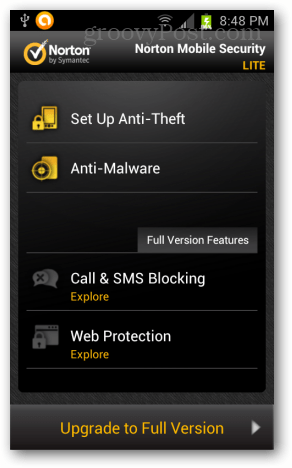 The app has 2 free features, Anti-Theft and an Anti-Malware scanner. After a quick look through the Anti-Theft tool, the only benefit I can find is it allows you to lock your phone via an SMS (text message). That’s all? Seriously Norton‽ Well, that’s just disappointing. 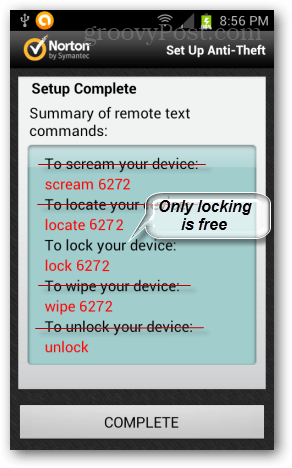 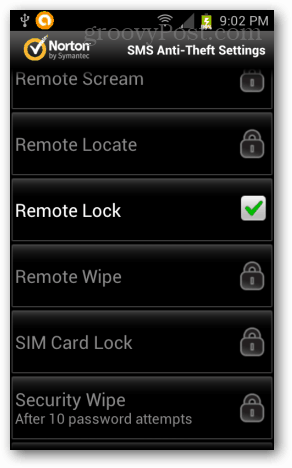 The other free feature available is the Anti-Malware scanner. Unfortunately it became obvious very quickly that the scanner doesn’t monitor the file structure of your Android phone, but rather just scans what apps you’ve installed. I don’t want to go all-out negative on Norton here, but this feature is completely useless for users who download exclusively from the Google Play market. Google thoroughly scans every app on its market, so there is no need for this type of virus scanner. Although if you download apps from another source it could be useful I suppose. 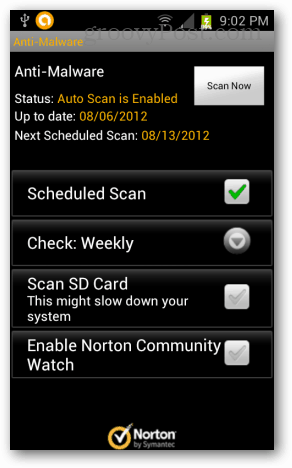 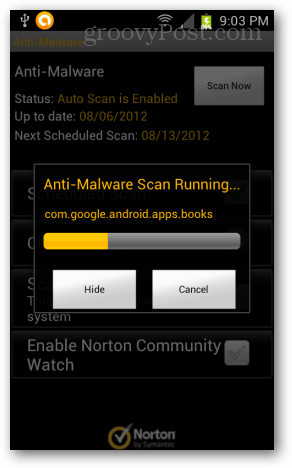 Overall I was not impressed with the Norton Mobile Security suite. Without a paid subscription, the app is rendered near useless and more disappointing is that a paid subscription is only valid for a single Android device. If you want to run it on your tablet or 2nd phone, that’ll be another fee. I found it misleading and with that in mind this app shouldn’t be listed as free anymore than the “free” magazine apps on the Amazon market. Equipped with a full subscription, the app does tend to be pretty useful – but we’ll save that for another round of reviews. With that said, the only thing I can recommend regarding it presently is as follows: 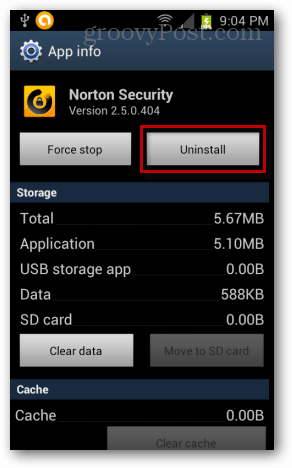