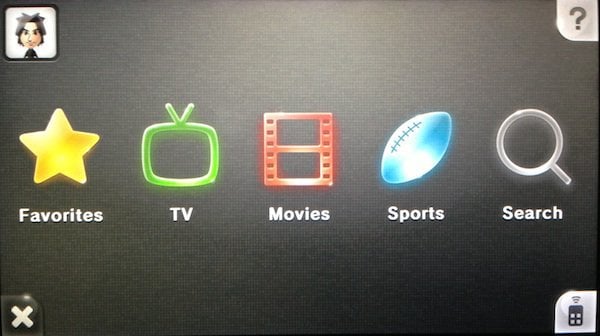 Nintendo’s TVii service on its new Wii U console was delayed for a month and is finally available. Was it worth the wait? Maybe if you’re a football fan.

Nintendo’s TVii service on the new Wii U console isn’t everything it set out to be. It was delayed for about a month, and eventually shipped with fewer features than originally announced–probably not the awesome impact Nintendo had hoped to make with the service. Sadly, it shows.

TVii (A play on the words TV and Wii.) is a functionality that’s built into Nintendo’s new Wii U console. It lets Wii U owners set up the machine, so that their television programming can integrate directly with the system. You must select the cable input (or satellite, etc. depending on your provider) so that you are viewing your regular television programming. To make this clear, that means you turn the Wii U on, but your television is set to receive the input from the cable box or satellite. The Wii U controller works as essentially a universal remote for your television and various media boxes.

It’s a cool concept, but it didn’t ship fully featured. Netflix integration is missing, as is DVR and TiVO programming. What we have, now, is a giant TV remote that doesn’t seem to do anything beyond what the remote that came with my cable box can do — skimming the programming guide and selecting a channel. In fact, it’s a bit more of a hassle because I have to turn on the Wii U. Granted, not a huge problem if I already have the console on, and decide I want to see what’s on TV. This may have been what Nintendo intended. That, or they just want consumers to have another reason to use their Wii U and keep it on, even if the activity does not involve gaming. 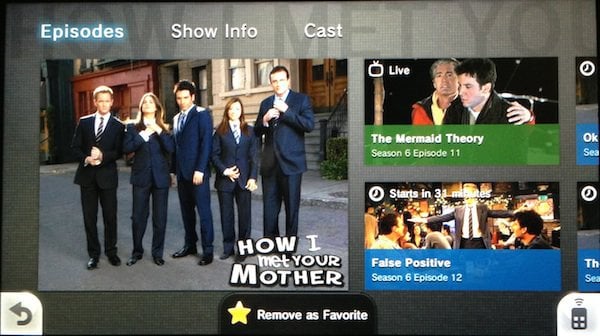 It’s actually a huge trend of this console generation to turn these machines into a media hub for video games, Netflix, Hulu, Amazon Instant Video and now television viewing, rather than the dedicated gaming machines they used to be. It’s just another way to make sure everyone has an Xbox or a Wii in their living room.

Where TVii does have something to offer is in sports. I’m not a sports fan by any means, but I can see where this can be very cool for someone watching the game. First, you choose what sport you want to watch, and whether you want to watch college or professional. From there, you can find games that are currently going on, or things that are coming up in the next few hours or days. Selecting a game lets you view stats and commentary. There is potential here. You can track the score, and see a view of all plays up to that point if you want to catch up on the parts of the game you missed. There is commentary as well, this lets you read what other folks watching the game are thinking. 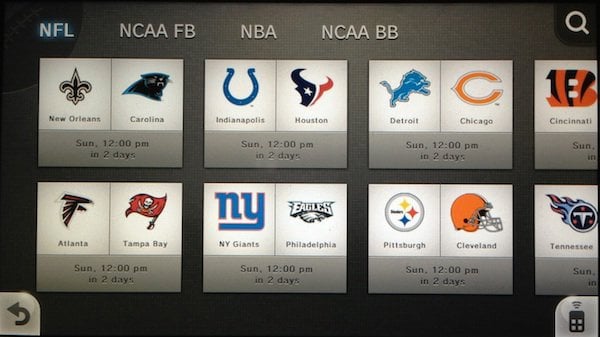 Overall, TVii is a cute feature that just has some growing to do. It’s a victim of what I would argue is a botched launch, both late and incomplete upon release. There is room for improvement, and things could get better in the near future. For now, you’re not missing out if you don’t try it. My run with it seemed like more of a cool novelty, or some neat trick to show family while they’re visiting for the holidays. Otherwise, it probably won’t be getting much use. Maybe while you’re watching the game, if anything. That’s if you feel like powering up your Wii U at the time.