UPDATE: We had a giveaway on this app earlier, but now there’s a new promotion for Black Friday. The folks from Newton shot me an email with the news:

I’ve tried Inbox. I’ve tried Boomerang. I’ve tried lots and lots of email apps, trying to recreate that seamless, supercharged productivity that my Outlook command center gives me at work. But none of them stick. Either I get tired of using the app—because it’s clunky, unreliable, or inconsistent across my phone, laptop, tablet, etc.—or the app goes belly up.

Then I tried Newton. And it just clicked.

Newton is the email app that you will still be using five years from now.

Newton does pretty much everything I want a mobile email app to do. And if you have a Mac, it’ll do that on your desktop or laptop, too.

Check it out, they just launched the app:

Newton is made by the same people who made the beautiful and minimal CloudMagic app. In fact, CloudMagic users will feel right at home with the Newton app—Newton is the next evolution of CloudMagic, with all the features that CloudMagic plus more.

The thing that first drew me in was the read receipts. One of my favorite pastimes at work is stalking people I’ve sent important emails to, seeing if they’ve read my email and are ignoring me or are just bogged down and haven’t gotten to it yet (or are at least pretending to do that). On the outside, that doesn’t quite work since there’s no universal protocol for read receipts that works between Yahoo! and Gmail or Exchange and iCloud, etc. 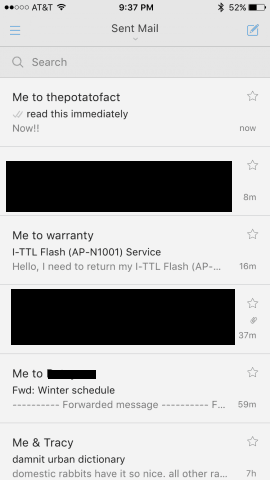 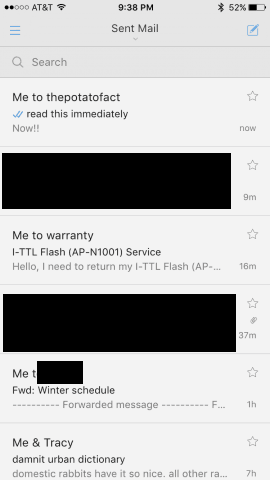 That’s why I was so impressed that Newton figured it out. 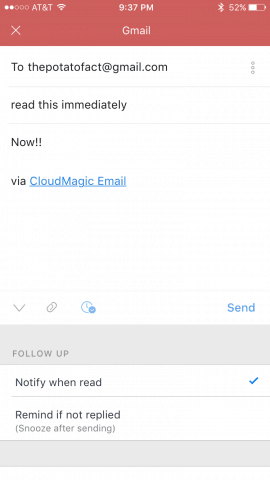 When you send emails in Newton, you can choose to receive a notification when someone opens your email. There’s a little indicator on the message that shows you the status, just like in Outlook. 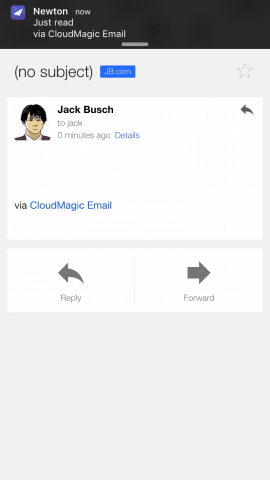 You can also set it up to receive push notifications when someone reads an email. That’s pretty impressive.

Another thing I liked was how easy it was to set this up with Gmail. 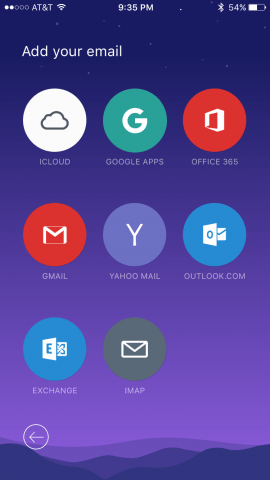 All I had to do was log in with my Google account, and I was up and running. No fiddling with IMAP servers or aliases or anything goofy like that. 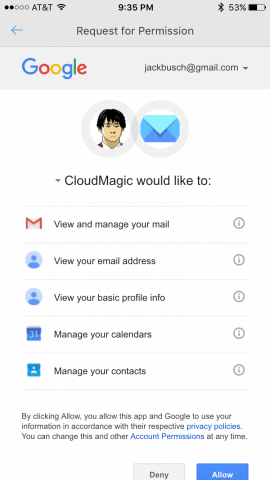 But the thing I like most about Newton is that it’s damn slick. Dare I say it’s faster than the native iOS Mail app. Usually, when I use a third-party email client, I feel like there is a layer of slowness between me and my email. I just feel it dragging. But with Newton, I don’t get that at all. I zip through emails, swiping left or right for different actions, selecting and taking action on multiple emails at once, and snoozing or scheduling emails with was much ease as I send regular emails. 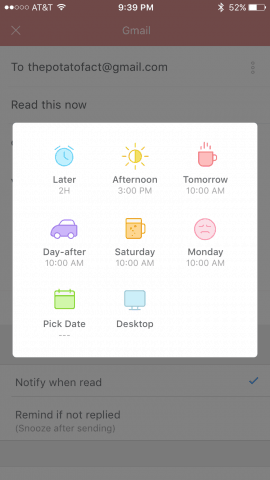 So, that’s my mini-review. I’ve been using it for almost a week now, and I like it. I want to get attached to it, and I think that’s going to be okay.

Newton has staying power because it’s a paid app. They’ve set their pricing at $49.99 for a year-long subscription. That pans out to about $4 a month. If your email is as crucial to your life as it is to mine, then I think that’s totally worth it. Plus, it guarantees that Newton stays reliable and well-supported, with new features on the horizon.

The app is free to download, and you can try it for free for 14-days. If you like it, you can continue using it by making an in-app purchase.

There aren’t any Newton coupon codes or discount codes out there. But, for 10 lucky groovyPost readers, we have an amazing deal: 1 year of Newton for free. Update: But for the week of Thanksgiving, you can get a 50% discount on a yearlong membership. If you sign up between Nov. 23 and Nov. 29, you’ll only pay $24.99/year.

Winners have been announced! Check your email or Twitter for details on redeeming your prize. Thanks for entering!

I like Newton, and I think you will, too. So, I’m going to give away 10 Newton subscriptions to 10 random groovyPost readers. The only catch: I want to hear what you think of the app after using it for a couple of months. Love it, hate it, like it but wish it had something more, I want to hear about it. Here’s how it works: