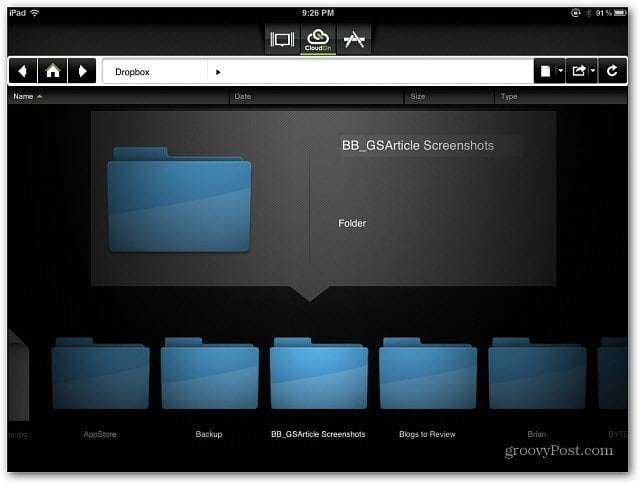 We were excited about the launch of OnLive Desktop – which gives you Windows and Office Docs on your iPad. Now there’s another cool app for iPad that lets you manage your Office docs called CloudOn. It integrates with Dropbox so you can work on documents on your iPad and from other devices.

We were excited about the launch of OnLive Desktop – which gives you Windows and Office Docs on your iPad. Now there’s another cool app for iPad that lets you manage your Office docs called CloudOn. It integrates with Dropbox so you can work on documents on your iPad and from other devices.

Currently there are questions regarding Microsoft licensing terms for the Windows Desktop included with OnLive Desktop. While the two companies figure it out, if all you want is the ability to work on MS Office Documents, give CloudOn a try. Unlike OnLive Desktop, which provides you with a Windows desktop, CloudOn just provides Word, PowerPoint and Excel. The office apps live in the cloud so you need to be connected to WiFi while using them. It also features handy integration with Dropbox. And, like OnLive Desktop, the app and service is free.

After downloading CloudOn you’ll need to create an account. 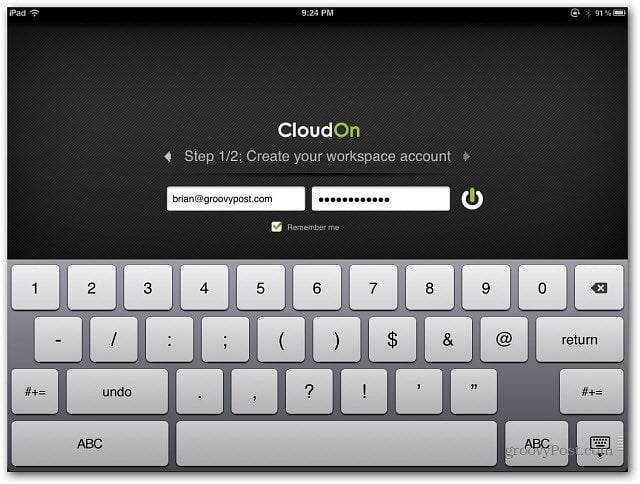 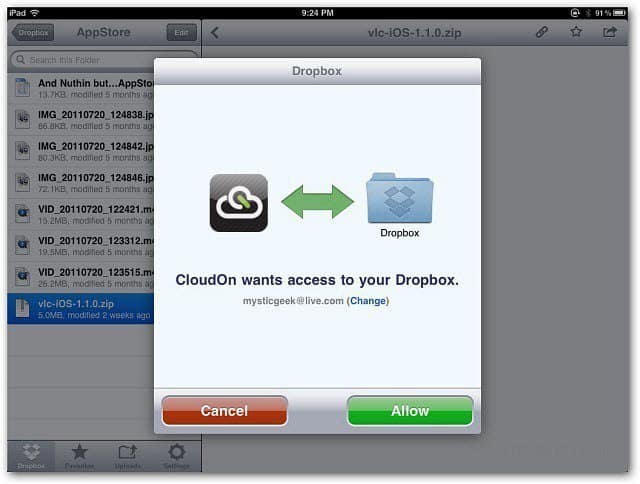 When working on a document, a small command bar appears above your iPad keyboard which gives you Function keys for shortcuts and arrow keys for easy maneuverability in documents. 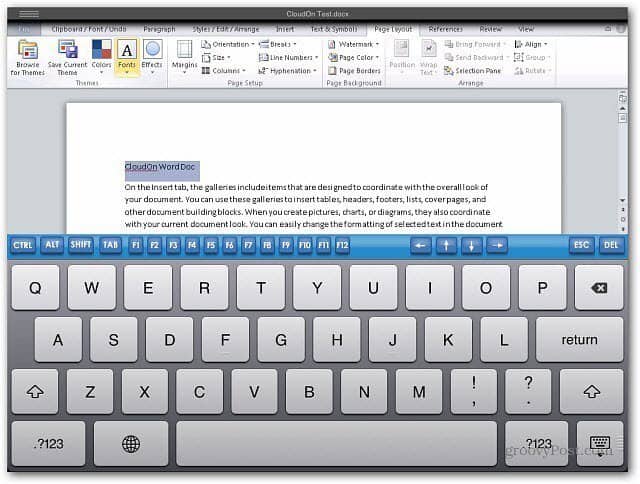 The UI isn’t as slick as OnLive Desktop, and it’s more sluggish. the text is more difficult to read as well. 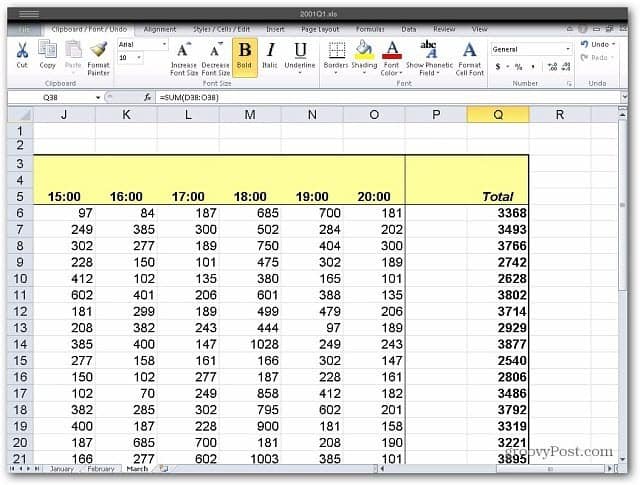 Here is an example of what PowerPoint looks like. CloudOn has virtually every feature you’d expect in Office 2010, sans a few minor features like presenting in full PDF mode. 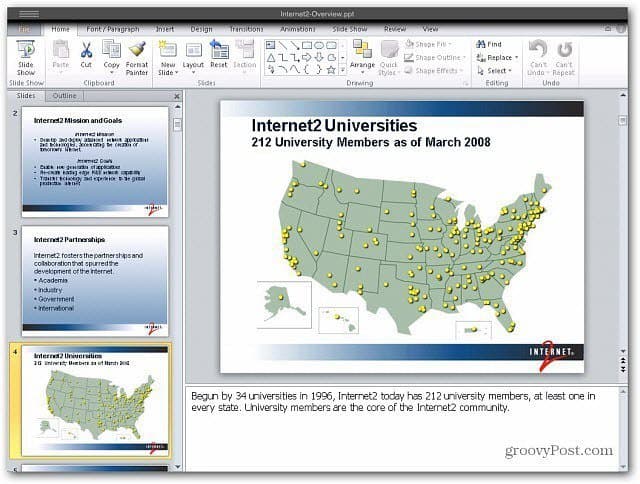 For a free app that lets you run Office 2010 apps on your iPad, it’s hard to complain. The main negatives is it’s more sluggish and the UI isn’t as crisp as OnLive’s. If you haven’t compared the two you’re not likely to notice though.

Also, with OnLive you only get 2GB of storage space. If you want more you need to pay more for OnLive Desktop Plus.  With Dropbox, you’re only limited to how much space you have.

I did find it much easier to use with a stylus. As you know there are a lot of features in the Office Ribbon. Using a stylus makes it easier to select what you want than using your fingers.

Install CloudOn if you want the ability to work with MS Office files on your iPad. And with the Dropbox integration, you’ll be more productive and have time for all of those TPS reports.

Give it a try and let us know what you think by leaving a comment below.