The Logitech T400 Zone Touch Mouse is a perfect way to control Windows 8 on traditional computers without touchscreens. Here’s a look how how it works.

The touch strip in the middle is where the magic happens. Then the left and right buttons have a physical click style that you’re used to. Around the edge is a nice ribbed rubber grip that makes it easy to hold. It’s not too large or bulky and is perfect for traveling with. It will also work on virtually any surface. 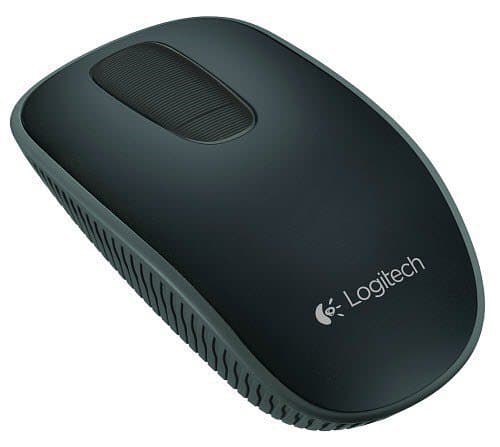 In the package is the T400 mouse and a unifying receiver that plugs into an open USB port on your system. The Logitech USB Unifying receiver allows you to pair up to six compatible wireless mice, keyboards and number pads. So if you wanted to use it with the Logitech K800 Illuminated Keyboard we took a look at last week, you just need a single receiver.

Flip the mouse over and you can turn it on or off and access the battery compartment. My unit came with two AA Duracell batteries which was a nice addition versus cheap off brand ones. One set of batteries will last for up to 18 months. 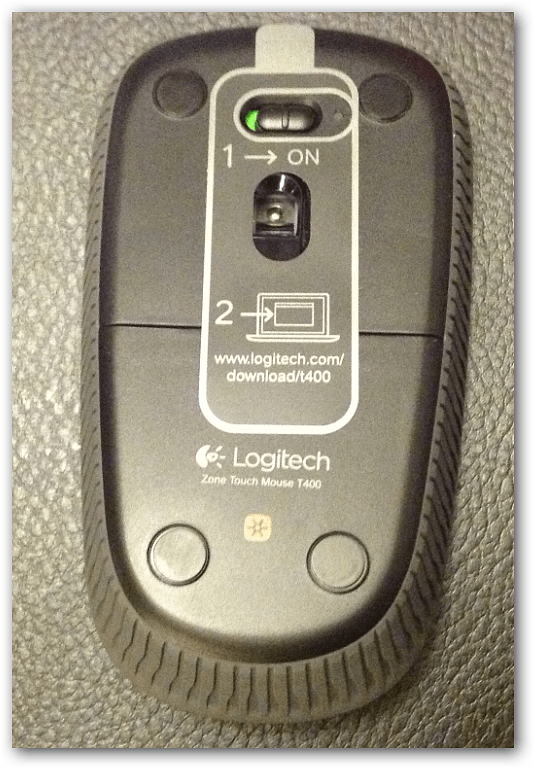 After plugging it in and turning the mouse on, you’re prompted to download Logitech’s SetPoint software. While it will work without installing it, you’ll definitely want it so you can configure it to work best for you. 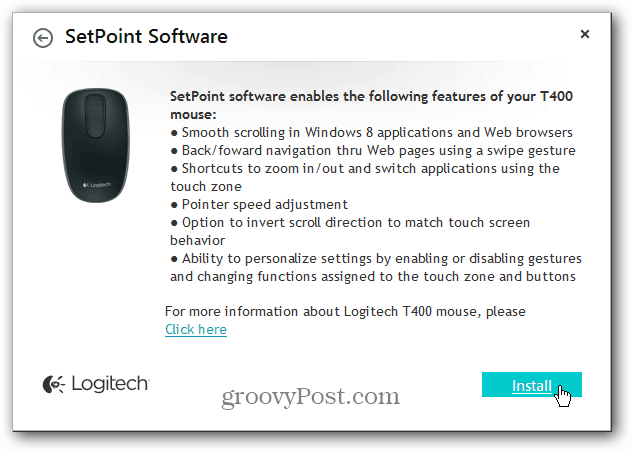 After SetPoint Software is installed you can tweak the Touch Zone settings so it works best for you for navigating Windows. Simple swipes of your finger from left to right or up and down allow you to easily scroll the new Windows 8 Start screen. It also makes scrolling through webpages a breeze too. By default it’s set to toggle between the desktop and Start screen by clicking the middle touch button. 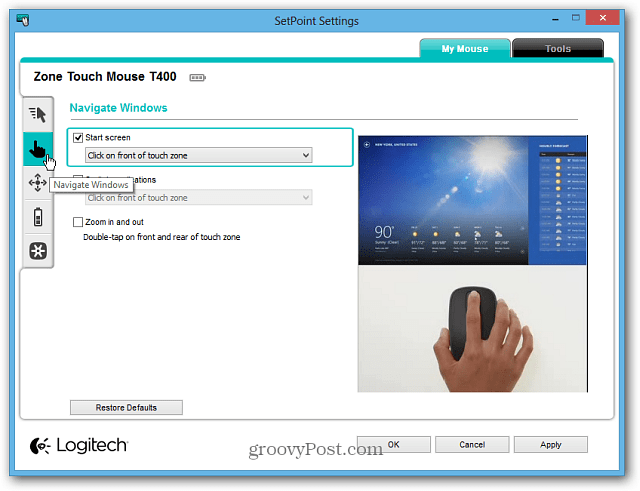 The SetPoint software lives on the Taskbar in the Notification area so you can access it easily to tweak settings as needed.

I’ve been using it for a couple of weeks now and it has tight control and makes it easy to navigate the metro-style UI easier than a mouse with a scroll wheel. I find it works best in a travel situation on a system without touch screen capability. After tweaking it in SetPoint software, I find it to be accurate and rarely come across a situation where I accidently scroll somewhere I don’t want to be. The rubber grip on the side is nice and makes it easy to use the touch zone strip with one finger.

It will work with Windows 7 too, but you’ll get the most functionality from it in Windows 8 interface. This mouse works great in Internet Explorer 10 with the Flip Ahead feature enabled. That lets you go to the next or previous webpage with by swiping to left or right. I do wish it was larger, but that’s my personal preference…your mileage may vary. I really do like it in travel situation while using a laptop at a coffee shop or anywhere while on the go.

Logitech sells it for $49.99 but you can find it online cheaper through outlets like Amazon.