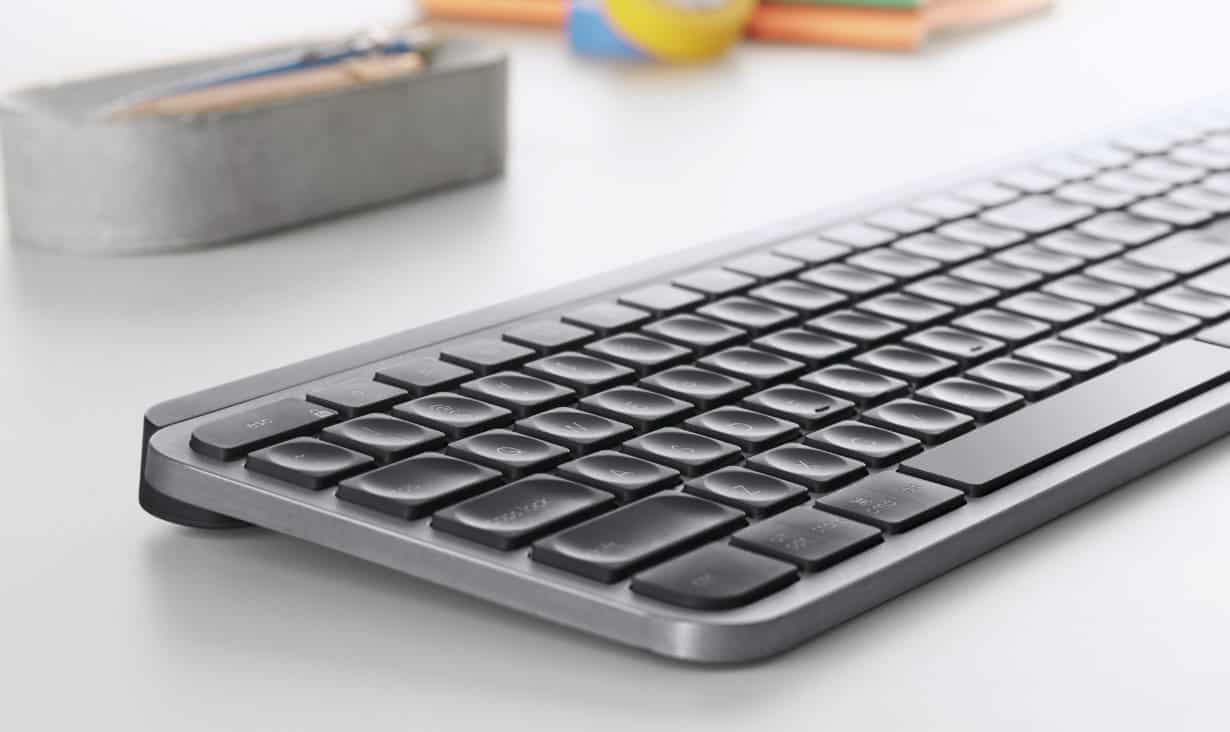 It has spherical dished keys with rounded edges that follow the curve of your fingers. The design provides a comfortable feel while typing. While there is a lot of stability that results in a lot of responsiveness, there isn’t a lot of key travel. This probably won’t appeal to users of mechanical keyboards such as the Logitech K840, for example. But unlike a mechanical keyboard, there isn’t much noise while typing on it. In fact, it’s very quiet.

The keys also have a “Smart Illumination” feature. Each of the keys has proximity sensors that won’t light up until your hands approach the keyboard. Then the lighting fades as your hands back away. The key brightness also automatically adjusts to the room’s lighting conditions which helps save on battery power. 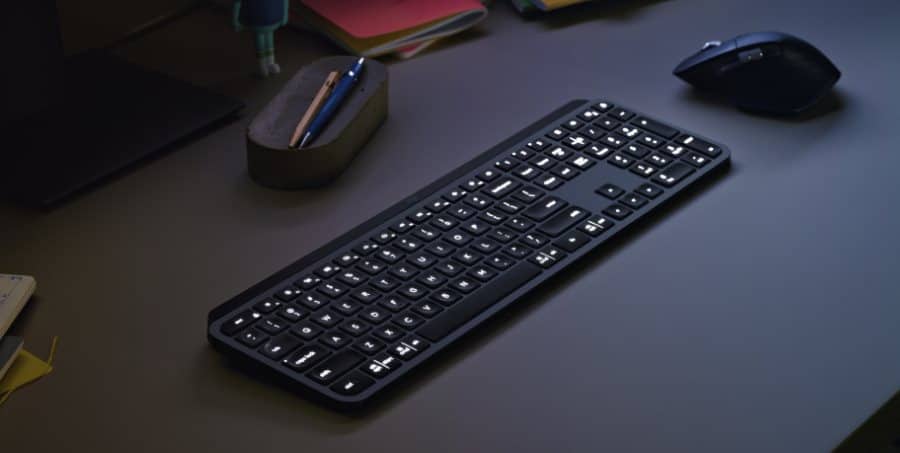 Speaking of battery power, it is USB-C rechargeable and stays powered on for up to 10 days on a full charge or up to five months with the backlighting feature disabled. Also, the backlighting will automatically turn off when the battery falls below a 10 percent charge.

Just like the MX Master 3 mouse, you can connect the keyboard to your computer via Bluetooth or the included Logitech Unifying Receiver. Or, you can connect it to your iOS or Android mobile device via Bluetooth to really type out the text. It has a range of about 10 meters which makes this a nice option if you’re working with multiple computers – including a home theater PC setup. 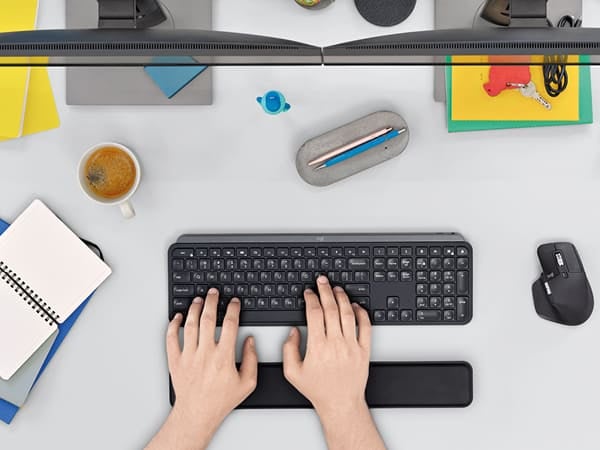 Its lightweight makes it easy to move between different computers which some users may need to do. Just like other MX-branded Logitech gear, it’s able to work between multiple OSes including Windows, Mac, and Linux machines with the help of the Flow technology included with the Logitech Options Software. The software also provides the ability to customize and remap any of the function keys or media keys.

At 1.8 pounds it’s better suited for the desktop. Its weight might make you think twice before throwing it in your gear bag before heading out. But overall, this is another solid keyboard from Logitech and one of the better wireless keyboards in its class.

Just like the MX Master 3 mouse, the MX Keys keyboard retails for $99.99. However, it does include a padded palm rest if you purchase the keyboard and mouse bundled together. You can get it in person or online now at big box stores like Best Buy or at the company’s own site, Logitech.com.