Microsoft released the preview version of Internet Explorer 10 for Windows 7 this week. Previously, IE 10 was only available on Windows 8. Here’s a look.

Microsoft released the preview version of Internet Explorer 10 for Windows 7 this week. Previously, IE 10 was only available on Windows 8. Don’t expect to see a metro-style user interface with this version. It’s virtually identical to the desktop version on Windows 8. The bulk of its enhancements are under the hood – including security enhancements. 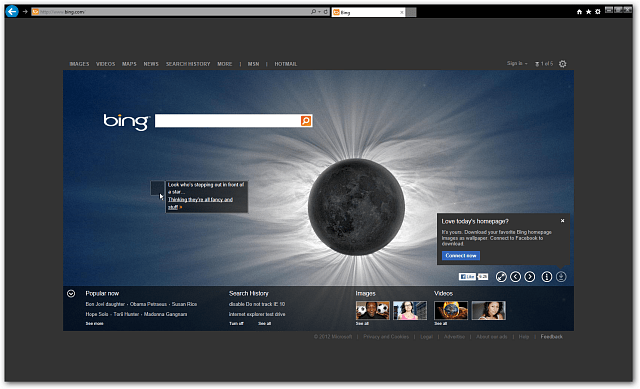 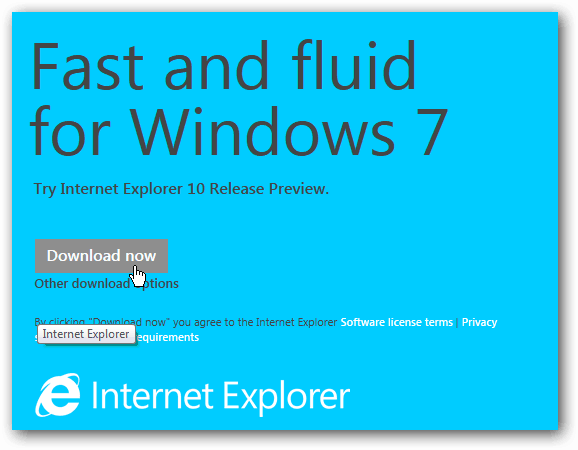 Installation is a piece of cake, and a restart of your computer is required to complete the install.

Keep in mind that this will update IE 9 to version 10 – and not install them side by side. While it doesn’t have the same interface as the metro style version in Windows 8, it’s the same engine enhancements under the hood. Developers running Windows 7 will be able to use the same markup language, and get the same capabilities an performance as the Windows 8 desktop version. 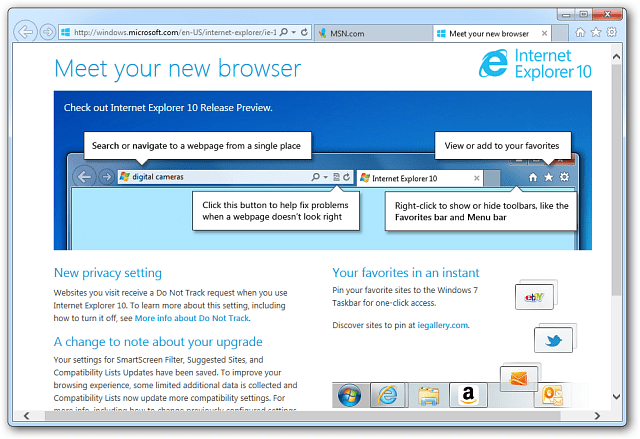 Also, the Do Not Track (DNT) feature is enabled by default. Internet Explorer 10 the only major browser that opts you in automatically. If you want to opt out, go to Internet Options >> Advanced >> Security and uncheck “Always Send Do Not Track Header” then restart your computer. 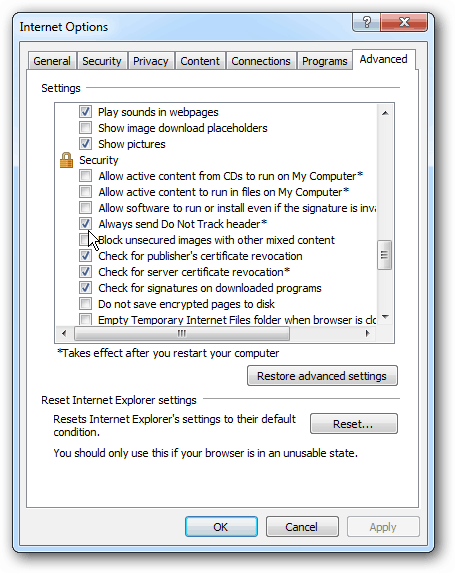 If you don’t want to download the new version yet, you can still try it out at Microsoft’s Internet Explorer Test Drive. 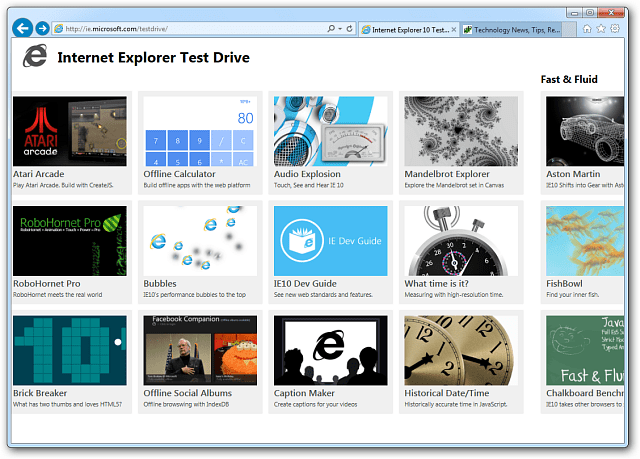 I installed this new version on my Windows 7 Ultimate 64-bit system and did notice some features not available yet in this Pre-release version. Enhanced Protected Mode is not listed in Options, nor is the option to enable the Flip Ahead feature.