One of the drawbacks to using iOS is that it only supports limited video formats for playback. iConvert is a dead simple free utility to convert your videos with a drag and drop.

One of the drawbacks to using iOS is that it only supports limited video formats for playback. There’s plenty of tools available for Mac OS X allowing you to convert files to a format that iOS will play. But many offer a plethora of options and have a steep learning curve. That’s where iConvert comes in — simply drag and drop files into the app and it does the rest for you.

There are two different versions of iConvert — the standard version which is free, and the HD version for $6.99. The free version only converts one file at a time to standard definition. The paid version will convert HD, and you can queue up several files to be converted. 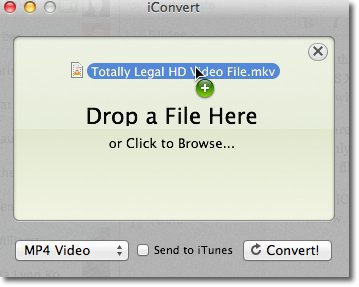 Next select what iOS device you want to play the file with. 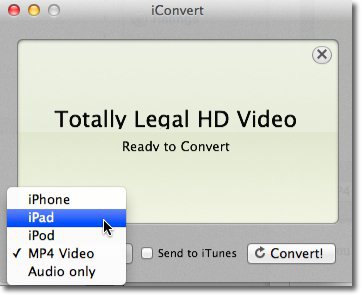 By default, the file will be put into an “iConvert” folder created in your Movies folder. You can change this by selecting Preferences in the menu bar. 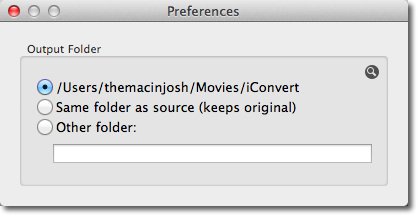 Before hitting the Convert button, you can also check the Send to iTunes box to have the converted file added to iTunes for syncing with your device. 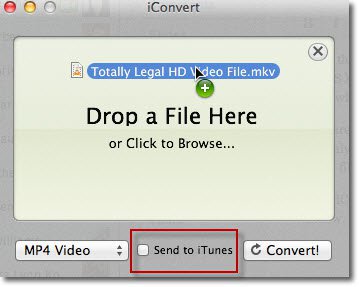 Although, one great option is it lets you grab the audio from a video file. This is nice if you want to listen to the audio of a video while driving or jogging. 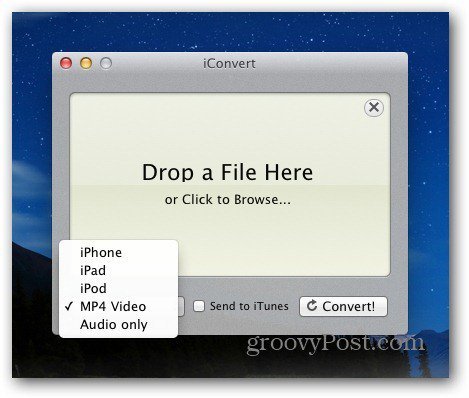 When the converting process finishes, it gives you the option to send it to iTunes here too.

The paid version is an entirely separate app with a different user interface, and it includes more options. The iConvert HD version lets you adjust the quality of the picture using a slider. It also lets you add multiple files for conversion at once. Both interfaces are pretty good, and it makes converting video files fun. Not having a bunch of settings to tinker with is a plus if you just need to quickly get a file converted. 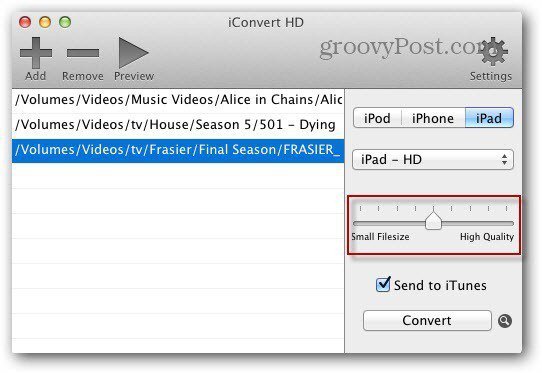 While it technically does what it advertises, there are a number of things about this app that leave me scratching my head. The HD version is not necessarily better in every way. First of all, it doesn’t allow you to convert to basic “mp4” for the iPhone, iPad and iPod. Instead, you can convert to regular, HD , or audio only  for each separate device but the file would only be compatible with that device.  It would be nice if there was a general setting to convert the video so it would work on all devices. 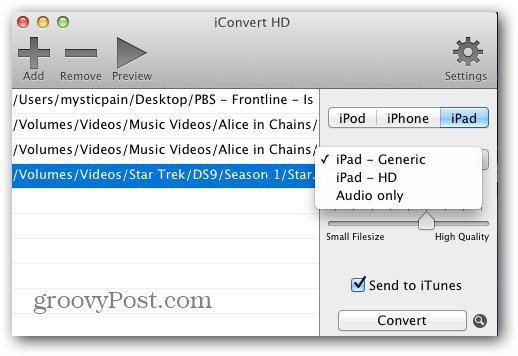 iConvert HD has a regular price of $6.99… but at the time of this writing the HD version priced at $5.99 for a limited time. 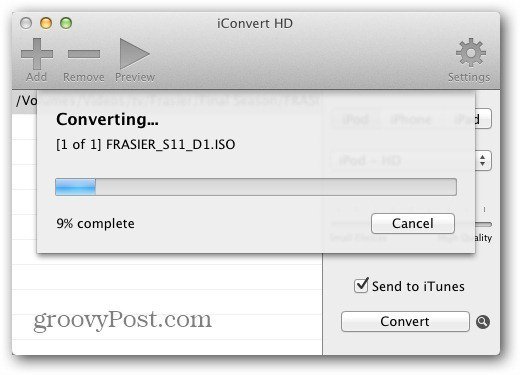 Another thing that’s disappointing is the quality of the video that comes out of this, especially the HD version of the app. In my testing, converting HD videos wasn’t as good as other utilities like HandBrake. Yes, the video files may have been in High Definition, but were riddled with artifacts and blocking. Any movement in the video showed obvious pixelation. The free version of the app actually did a better job with conversion, except of course it only can convert to standard definition. 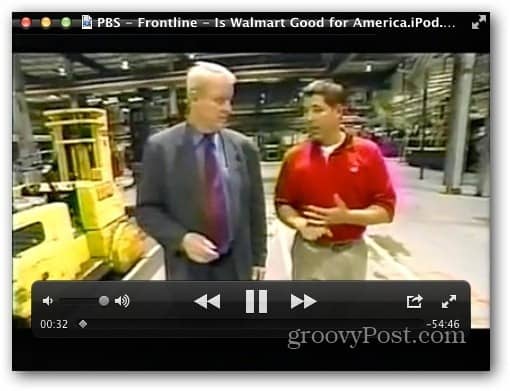 If you do plan on downloading this app, I recommend sticking with the free version. Not only is it free, but its interface is easier to use and its video conversion is better than its $6.99 HD counterpart. It also has the option to output to a general ‘mp4’ file, something the HD version lacks (although I didn’t see any difference between the ‘iPhone’ and ‘mp4’ setting — it seems that the only thing different about them is the name).

More importantly, I wouldn’t recommend either version of this app over my favorite video conversion program – HandBrake. I don’t think it’s necessary anymore to encode separate versions for each device you use. Handbrake’s “normal” setting will work across all iOS devices, and it even preserves the high definition quality when watching on a New iPad or Macs with Retina Displays. It may be a more cumbersome program to use, but the end results are what you’ll be seeing most. And with Handbrake, the end result is much higher quality. 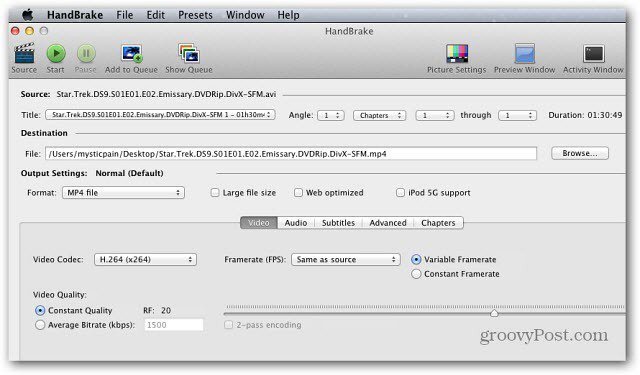 There’s a version for Windows systems too. However the Pro version is at a more costly $29.00 – We’ll have a review on the Windows version in the near future. 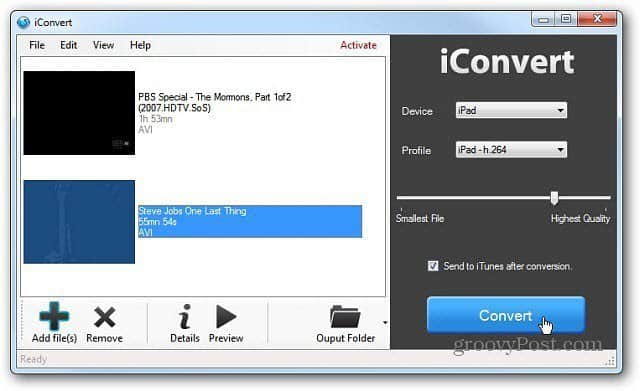