The Google Now Launcher, which offers the same experience Nexus 5 users get, is now available in the Google Play Store. Here’s a look at how it works.

The Google Now Launcher, which offers the same experience Nexus 5 users get (a different launcher, quick access to Google Now and a few more design tweaks), is now available in the Google Play Store. That’s the good news. The not so good news is that, unless you’re rocking a Nexus or Google Play Edition device running Android 4.4 KitKat, you can’t use it yet. 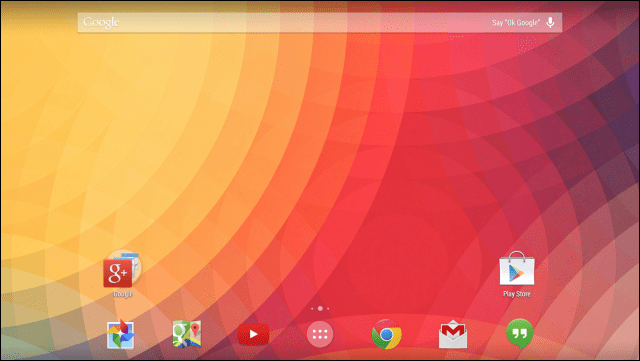 You can easily install the Google Now Launcher from the Google Play Store. Once it’s installed, you will be asked if you want to start with a new set of icons or keep your existing ones, as seen below. 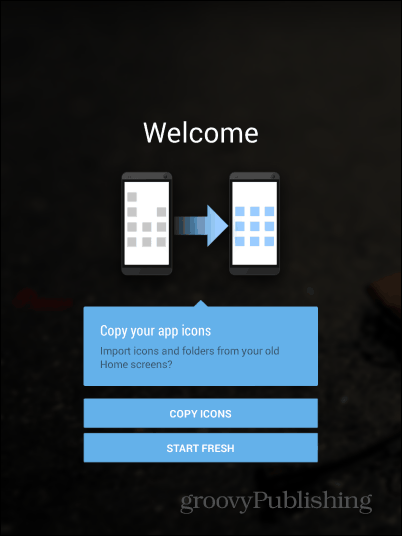 After setting the Google Now Launcher as your launcher, you’ll notice a few notable differences. The first one is on the home screen. The dividing line between the bottom app icons and folders and the rest of the screen has disappeared and the whole area is transparent. The button which takes you to your list of apps also has a different design.

Once you tap the latter button, you’ll notice that the design of the menus is a more elegant one, too. It’s transparent (you can see the wallpaper) and the Apps and Widgets links have disappeared; the Play Store icon is also gone.

If you ask me, everything looks much better. 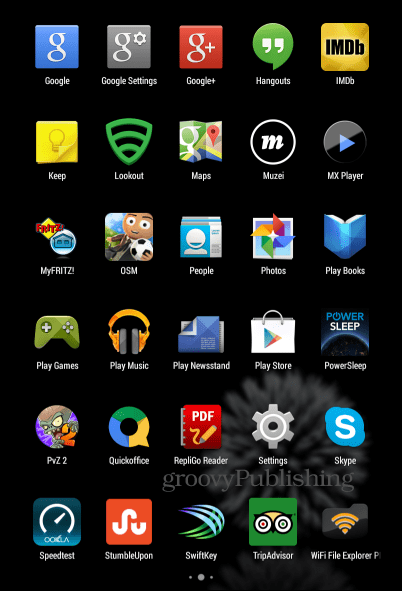 We just got to the most interesting part. If Google Now was accessed by sliding your finger up on the Home button, now you can just slide your finger left to right and you’re in it. 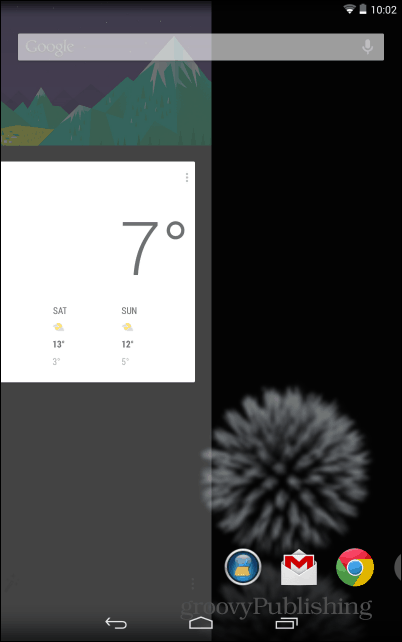 Also, the OK Google command (which you can even use to call your Mom directly), works system-wide. You don’t have to be in Google Now to make it work. As long as the screen is unlocked, saying “OK Google” will give you access to voice commands. 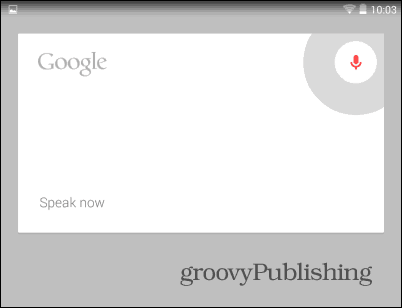 Another addition is a new set of wallpapers, with a new wallpaper chooser to go with them. Long-press the main screen, then choose the one you want. Widgets are there, too. 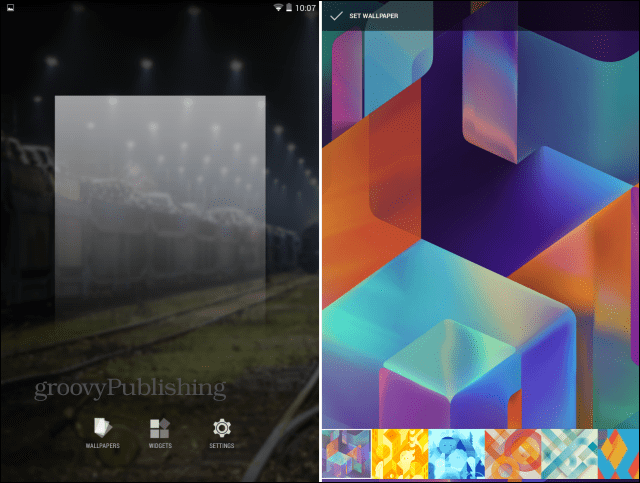 After using the Google Now Launcher for a couple of days, I’ve decided to keep it. It makes my tablet look much more elegant, and having Google Now easier to access can only help.