Important Update: Google Music is no longer available. Windows 8.1 is nearing end of mainstream support. And Windows RT is long was a failed experiment. For more on Google Music, make sure to check out the new YouTube Music service. And make sure you’re running Windows 10 or above.

Windows 8 and RT have the Xbox Music service (No Longer Available) built-in, but what if your music collection is on Google Music? You could listen to it via the web interface, but having a touch-friendly app makes things a lot easier. gMusic is a free (ad-supported) app in the Windows Store that allows you to stream and manage your Google Music collection.

After installing the gMusic app, you’ll need to log in to your Google account, and then it will display your collection on the home screen. 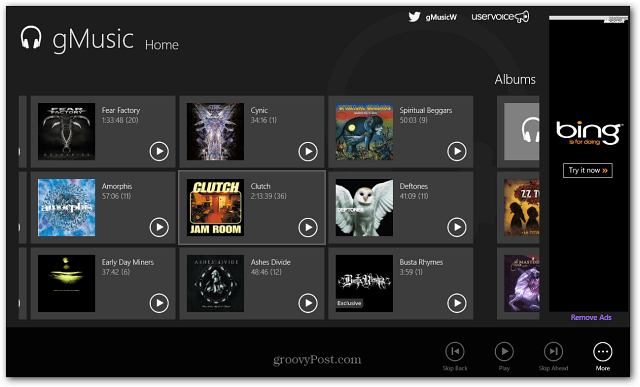 While viewing songs, you can create or remove Playlists and give each tune a rating. I have been using it on my Surface tablet, and the design is perfect for the touch interface. 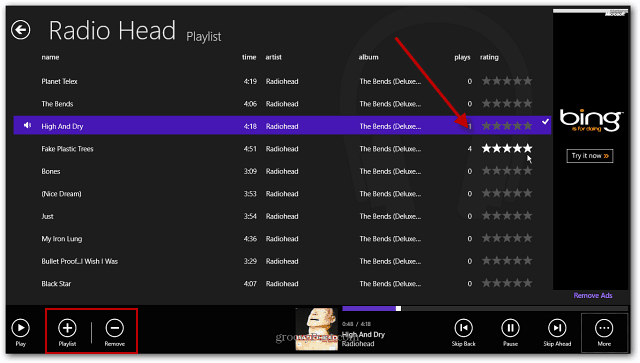 The gMusic app integrates with Windows 8 search, which makes it easy to find the music you’re looking for. 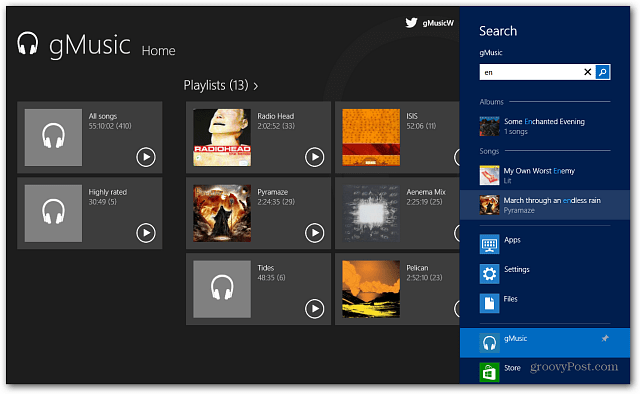 The free version includes an ad on each screen, but you can upgrade via an in-app purchase for $1.99. 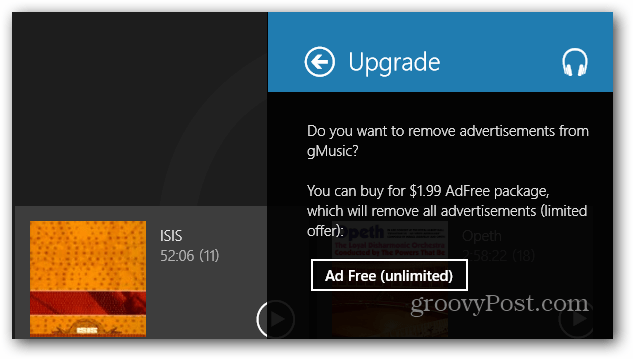 If you didn’t upload gigabytes of music when Google Music was first launched, remember that now it uses Scan and Match to makes adding your music much easier and faster.

The Windows Store has received criticism because there aren’t official apps for popular services like Facebook, Twitter, YouTube, and others that have Android and iOS versions. But, there’s plenty of alternative apps for many of those services. And gMusic is just one example that you might end up sticking with.