Do you love to waste time at work watching funny animated GIFs online? Then GIF Scrubber is the perfect Google Chrome extension for you. Here’s a look.

Are you ready to get animated? If you’re as big of a fan of animated GIFs as I am, then you probably can’t wait! But wait, what does GIF stand for anyways? The short definition is that it means “graphics interchange format.” This is just a simple image format that was introduced all the way back in 1987, and it hasn’t changed much since. By modern standards the GIF is outdated and incapable of containing all of the necessary data for high definition photographs. It’s mainly in use today for two things: logos, and moving images.

And there’s plenty of them on Facebook, Tumblr, Google+ and other social sites depending on who you follow. They actually seem to be making quite a comeback, and the social sites saturated with them. Some are funny, intriguing, or just plain lame. But I digress, let’s take a look a this nifty extension.

A developer known as Twin Gravity created a rather neat extension for Google Chrome known as GIF Scrubber. The extension works by installing directly on top of Chrome and then it adds an option to the right-click context menu for all animated GIFs you find on the internet. 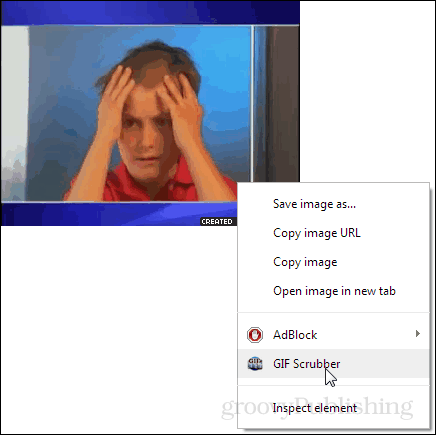 Once a GIF is opened in the latest version of the extension, it gives you complete control over the playback of it. You can reverse, play, fast forward, and change the speeds of all playback. It’s basically like a movie player for the animated image. 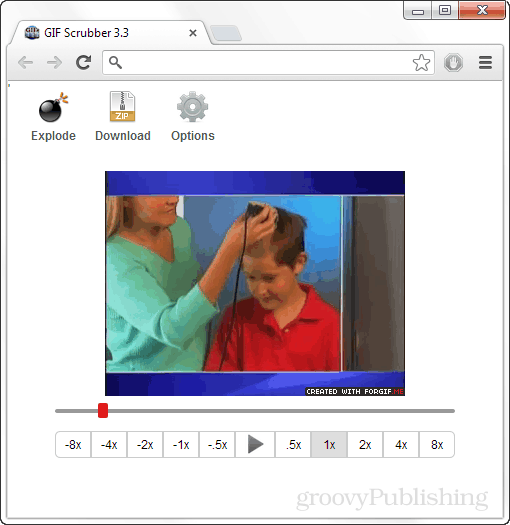 The Explode button will separate out all of the frames within the GIF if that is something that interests you. Which it might if you want to get that perfect still from the animated file. 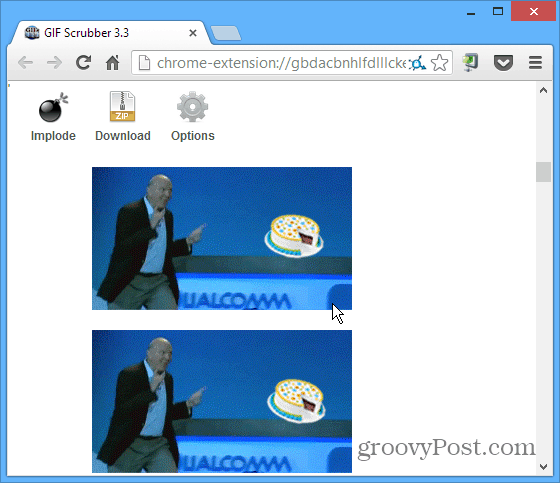 GIF Scrubber is a free extension for Google’s Chrome Web browser. Considering animated GIFs have limited use outside of entertainment, I’m going to classify this as something that’s just for fun.

This is perfect for wasting time as work with…you know you’d rather be doing this than spreadsheets right?